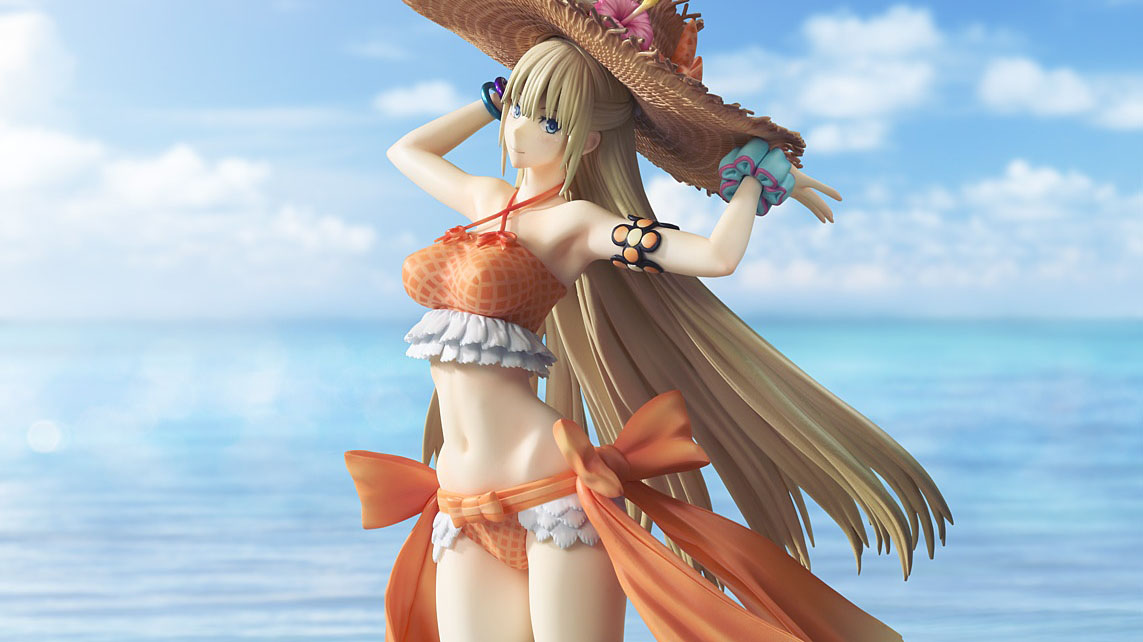 The figure portrays heroine Rayleigh Miller in a bikini perfectly appropriate to these hot summer days. That being said, she won’t actually be released in the summer as the release window is March 2022.

It’s already available for pre-order on AmiAmi for 18,500 yen, which translates into approximately $168.

The scale is 1/7 for 280mm in height. The prototype was sculpted by Futatsu Shito and painted by Graham Kamen.

If you’re not familiar with Valkyria Chronicles 4, here’s an official description. It’s available for PS4, Xbox One, Nintendo Switch, and PC.