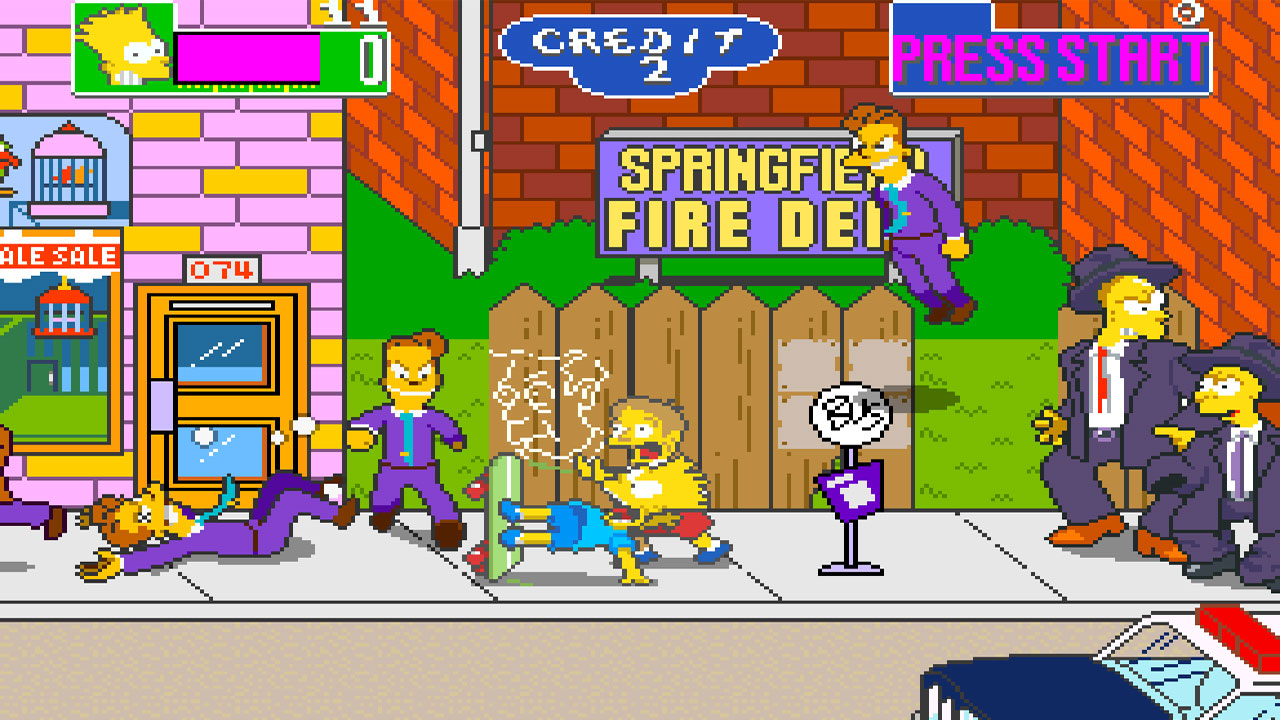 The Simpsons Arcade Game is one of the most beloved classic arcade cabinets, and finally players will be able to have this iconic Konami game at their homes thanks to Arcade1Up. The company announced pre-orders for their version of the cabinet with four-player support, online co-op, and an included stool will open on Aug. 16. You can put a notification alert to be reminded of it on their official site.

Right now there’s no price confirmed for The Simpsons cabinet, but similar four-player cabinets by Arcade1Up like X-Men: The Arcade Game and Teenage Mutant Ninja Turtles: Turtles in Time, both also from Konami, range in price between $649.99 to $699.99.

The Simpsons, as the game was called back in 1991 when it launched, is a simple beat’em up game developed by Konami based on the Simpsons TV Show, which only had 2 seasons at that time. Players can choose between Homer, Marge, Bart, and Lisa to go around Springfield and punch thugs while they try to rescue Maggie from the hands of Mr. Burns and Smithers. Characters could also join forces, unleashing special moves that differed depending on whom each one was playing as.

The cabinet itself is 3/4 the size of the original The Simpsons one, with a 17″ LCD screen at 4:3 ratio. Its dimensions are 11.25 inches wide, 24 inches long, and 48 inches high, weighting 104 pounds. It has no need for coins to operate, although it has a molded coin-door. There’s also Wi-Fi support to connect it to the internet and play multiplayer with other people who have the same cabinet.

Just like X-Men, The Simpsons was a pretty simple but fun game. The arcade version was only ported for MS-DOS and Commodore 64 at the time, with no version for popular consoles like the Super Nintendo or Genesis. Later in 2012 it was possible to buy it on Xbox 360 and PlayStation 3, but it’s no longer available.

There’s going to be a second game in the cabinet, but it hasn’t been revealed yet. According to Destructoid, it could be The Simpsons Bowling, which would explain why there’s a track ball in the middle of the joysticks, something that was not present in the original The Simpsons arcade.

If you’re a hardcore The Simpsons fan, try your luck at our trivia quiz.