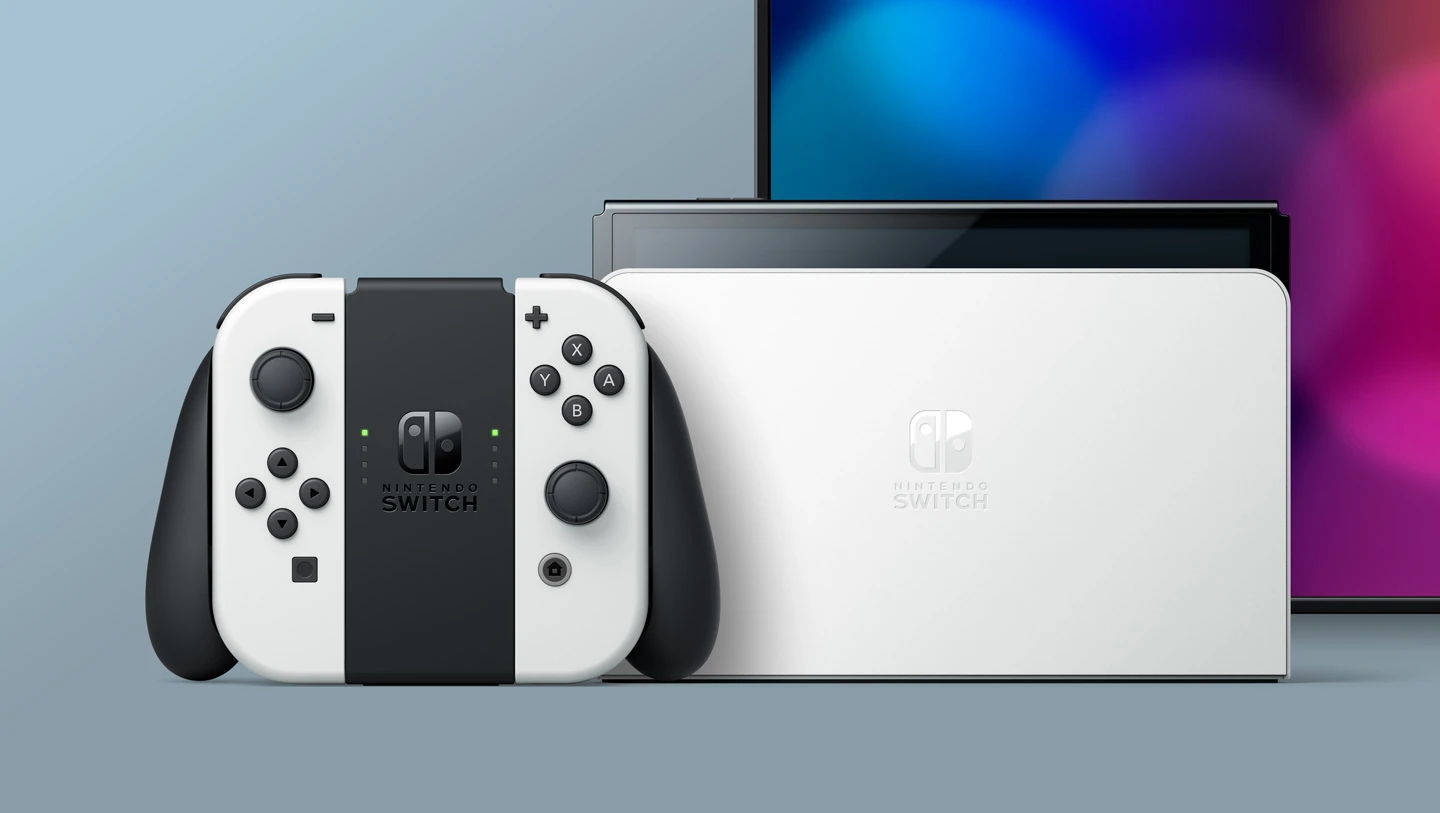 Nintendo has just announced the next console in the Switch family, and it comes with a 7-inch OLED screen and more upgraded features.

This new Switch model is a similar size and shape to the standard model, but the screen features a wider 7-inch OLED screen with more vivid colors and contrast. It will also come with a wide adjustable stand for playing in tabletop mode with several different settings.

Additionally, this OLED model Switch will have a LAN port for wired online play in docked mode, an upgraded amount of 64 GB of internal storage (up from 32 GB in the standard model), and enhanced audio in both handheld and tabletop mode.

This model will support all three modes of play styles: TV mode (docked), tabletop mode, and handheld mode. All previously released Nintendo Switch games and Joy-Con are compatible with this new OLED model.

When the system launches, it will be available in two different color schemes: neon red and blue, like the original Switch, and a new white set with white Joy-Con.

This upgraded model adds to the range of options in the Switch family as it comes almost two years after the Switch Lite, which is a smaller handheld-only model priced at $199.

The Nintendo Switch OLED model will launch later this year on Oct. 8 for $349.99. This new model releases the same day as the upcoming Switch game Metroid Dread.

You can watch the announcement trailer for this new Switch model below. You can also read more about it on Nintendo’s official website right here.