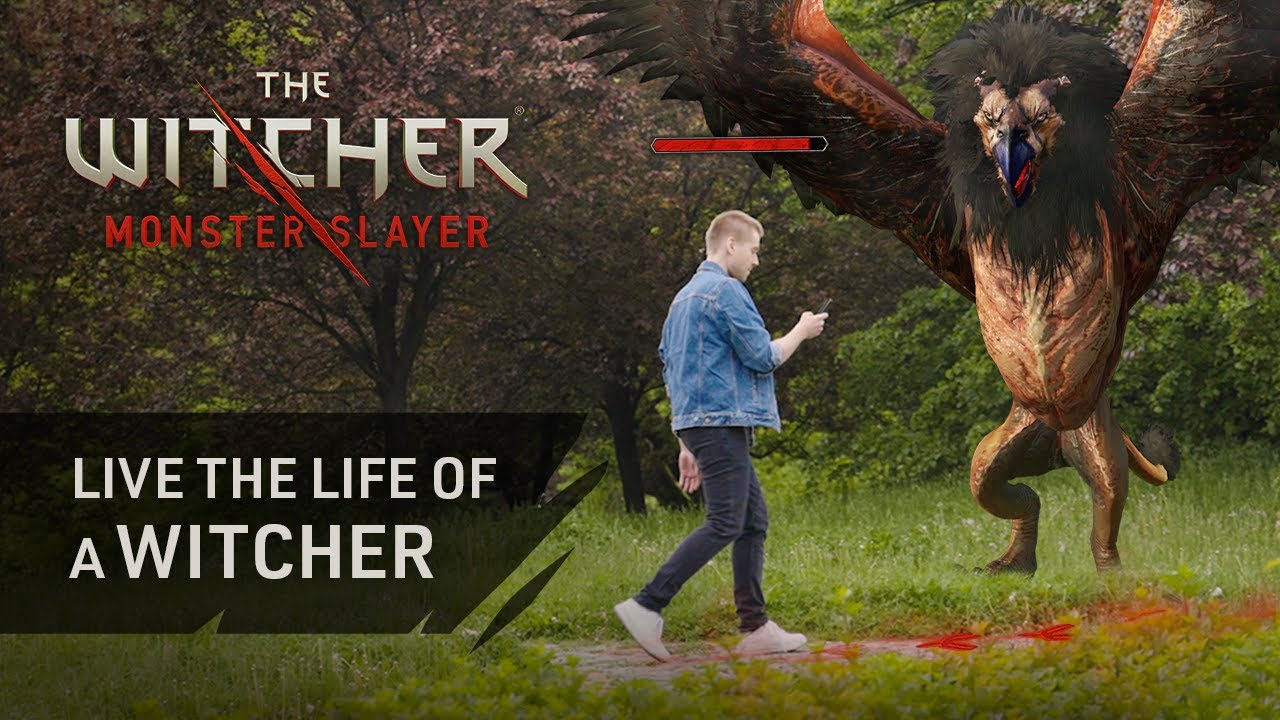 As reported last week, developer CD Projekt Red’s upcoming location-based mobile spin-off game The Witcher: Monster Slayer is fast approaching its July 21 release date, and so to dial up the hype the studio has today released a new trailer that provides a dramatized glimpse of its gameplay loop in action.

As you’ll see in the clip below, it’s more or less a Pokemon GO-like affair, with players tasked with finding and slaying monsters that appear through your device overlaid against real-life scenery.

One aspect of the combat that is rather cool is that monster behavior is represented realistically in the game according to the franchise’s lore. For example, Striga’s only appear at night, which means you’ll have to wait until nightfall if you’re hunting one. So, expect your local parks to become full of wandering monster slayers with their phones out from the end of the month…

For those not up to speed with the game, here’s a synopsis:

The Witcher: Monster Slayer is set long before the story of CD PROJEKT RED’s The Witcher series of games. In a time where monsters freely roam the land in large numbers, the relatively new role of ‘witcher’ has become essential across the Continent. In Monster Slayer, players will see the world around them transformed into the dark-fantasy realm known from The Witcher universe. As a freshly trained witcher themselves, they will engage with location-based gameplay and advanced augmented reality features to track down and hunt bloodthirsty monsters lurking nearby.