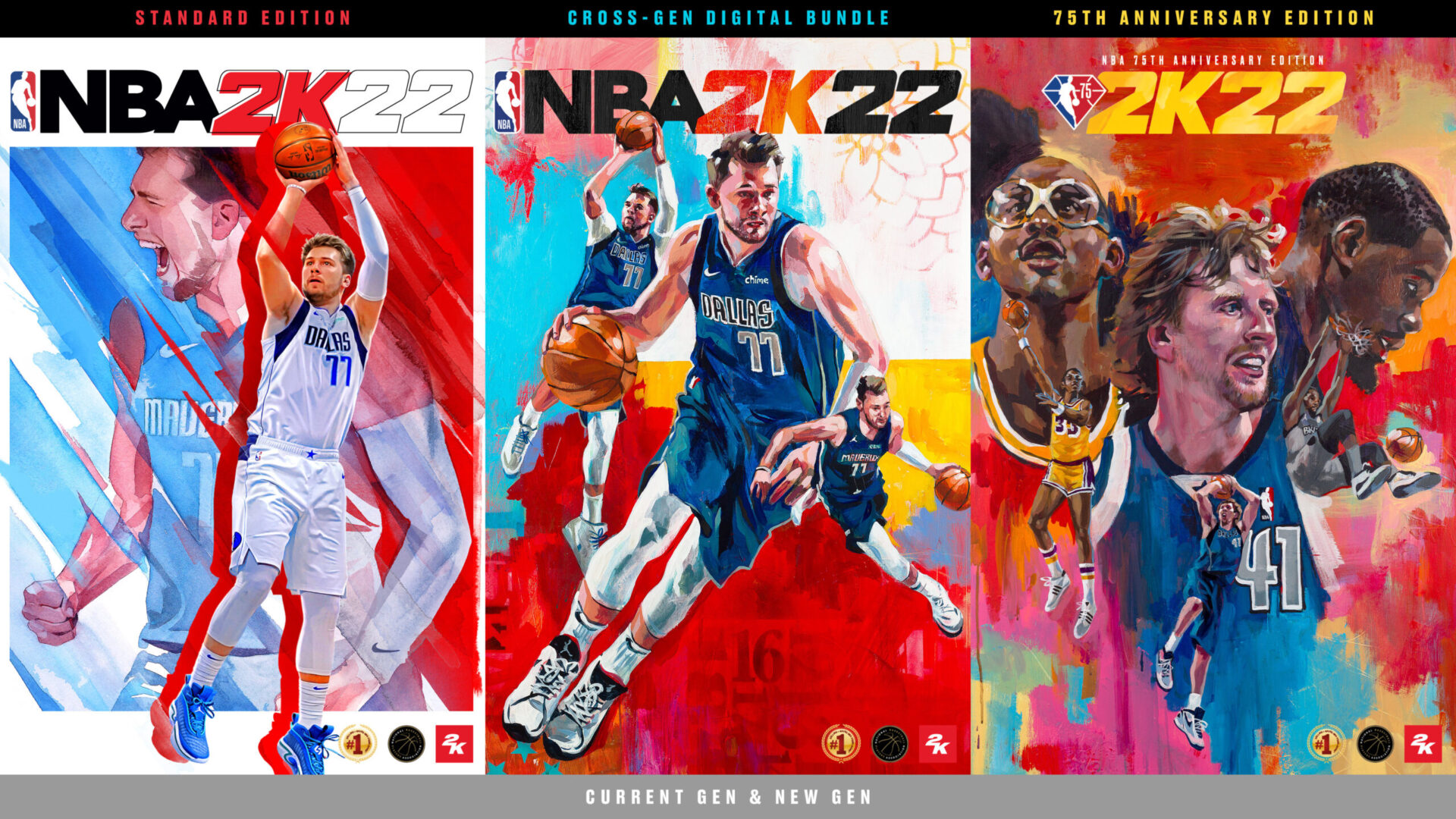 This year brings another iteration of 2K’s acclaimed basketball game, NBA2K, and today the developer/publisher has confirmed that its launch date is locked in for Sept. 10 for PS5, Xbox Series, PS4, Xbox One, Switch, and PC.

Three different versions of the game will be available:

Cross-generation upgrades are available with both the cross-gen bundles and the Anniversary Edition.

Depending on which you pick up, you’ll have a selection of different cover athletes, including Kevin Durant, Dirk Nowitzki, Luka Dončić, and Kareem Abdul-Jabbar will feature on its cover.

Luka Doncic, a Two-time NBA All-Star, is the cover athlete for the Standard Edition and Cross-Gen Digital Bundle, while Kareem Abdul-Jabbar, Dirk Nowitzki, and Kevin Durant feature on the cover of the NBA 75th Anniversary Edition.

Today, in a new featurette video that interviews three of the star players, the athletes reflect on the changing dynamic of modern basketball and the history of the NBA2K series. Check it out below.

In a second video also released today, you can check out just how much production goes into bringing your favorite athletes to life in an NBA2K game with a featurette highlighting its mocap techniques.