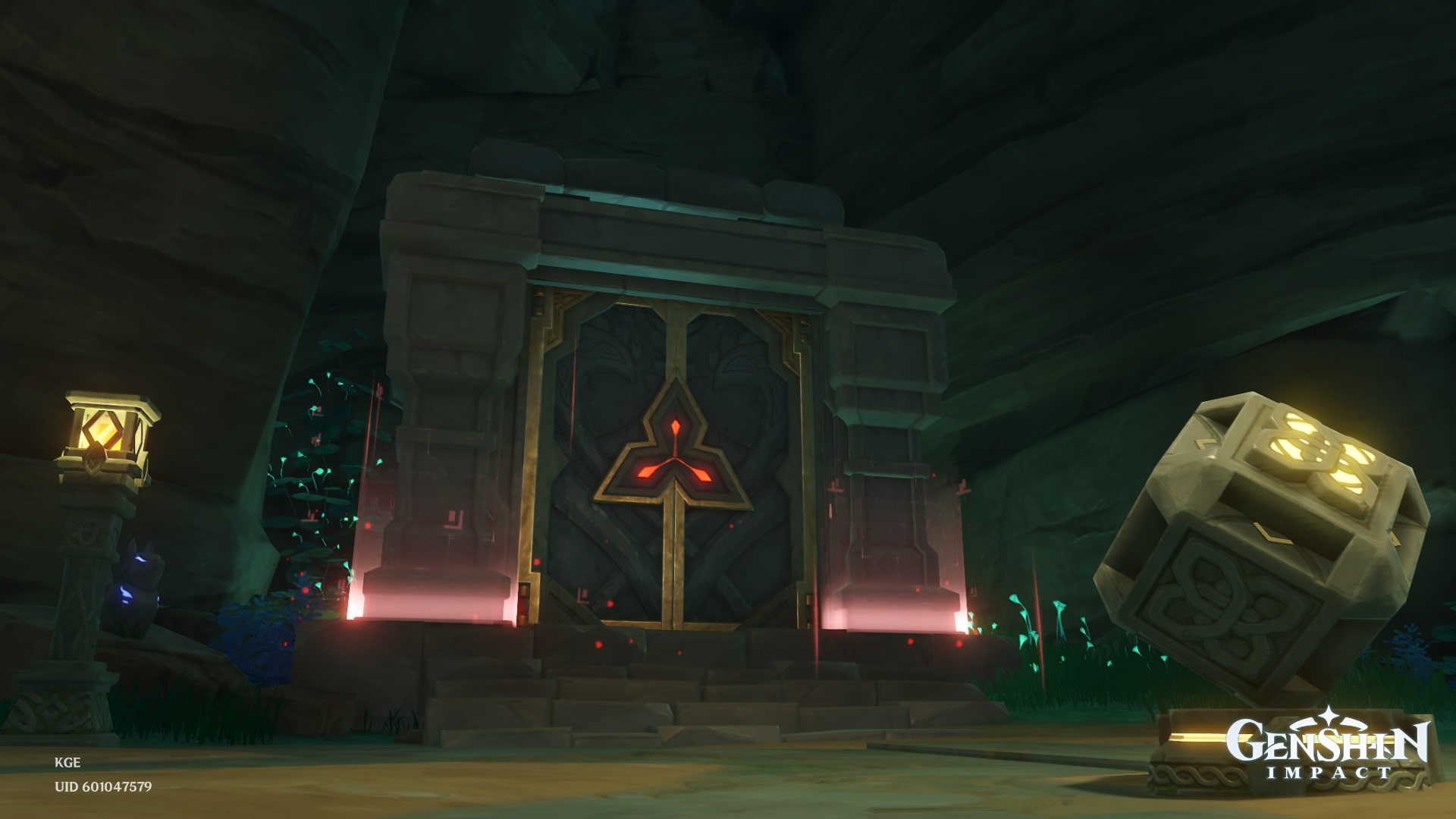 How to Unlock the Araumi Underground Domain in Genshin Impact

Before trying to access Genshin Impact’s underground Domain at Araumi, you’ll need to obtain the Memento Lens. We have a detailed guide on how to do that right here. Once you have it, jump down the well-like structure at the Araumi location pictured below.

Once you’re at the bottom, ignore the large shrine puzzle because it’s connected to the Sacred Sakura Cleansing Ritual questline, and that’s irrelevant here. Head over to the left side of the room to find an Electro cube puzzle.

To solve the puzzle, you need to make the glowing arts of each cube face the same direction as the one in the middle. Use Electro attacks on the cubes to rotate them until you achieve this.

When you complete the puzzle, the game will automatically move your camera to look at a chest that appears. Open it, then drop down into the hole next to it that becomes available to explore thanks to the lowered water level.

Swim all the way down the long hall until you reach some stairs. Go up the stairs and turn around to find another Electro cube puzzle that can be solved by making all the cubes face away from the wall, in the direction of the stairs that you just used. This will lower the water level even more.

Now, exit through the gate across from the cube puzzle. Turn left as you exit and go straight down the stairs to the circular door next to a switch. Use the switch and go through the door. Continue down that path and defeat the mechanical enemies along the way.

As you descend, you’ll come to a Teleport Waypoint. This is the one on the map that’s northeast of Araumi and looks like it’s underwater. Cross the large room and you’ll eventually come to the chamber that houses the Perpetual Mechanical Array world boss.

Climb and glide around the edge of the room as you move to the right. There, you’ll find two puzzles that require you to step on all the floor panels without stepping on one twice. Follow these two short clips to get past them.

The Empty Boat of a Thousand Gates Domain will finally appear after the second puzzle is completed.

That’s everything you need to know about how to unlock the Araumi underground Domain in Genshin Impact. Check out our guide wiki for the game to see more tips, tricks, and other info.