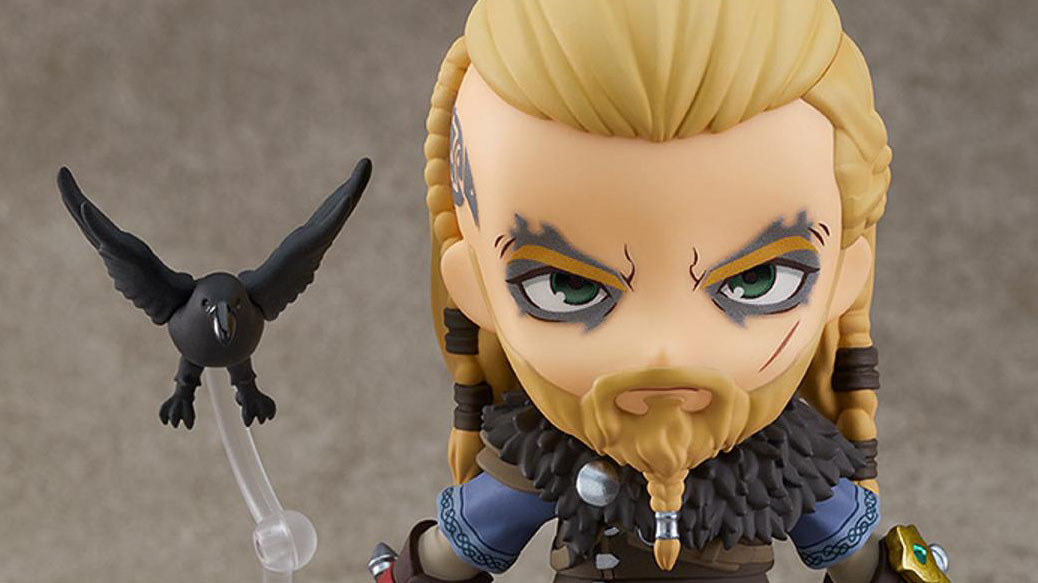 Good Smile Company is making another Nendoroid figure portraying the hero of a western game, and it’s Eivor from Assassin’s Creed Valhalla.

The figure is available for pre-order at the manufacturer’s Japanese and American stores for 5,500 yen and $54.99 respectively.

The release window in Japan is January 2022, while those who pre-order in the United States will have to wait two months longer, until March 2022.

The prototype was sculpted by toytec D.T.C and the size is the standard Nendoroid height of 100mm (3.94 inches).

He comes with weapons, two (grumpy and grumpier) face accessories, his crow Sýnin and a base since Nendoroids don’t really stand on their own.

Below you can check out a few images and an official description.

“From the latest entry in the popular stealth action game series “Assassin’s Creed® Valhalla” comes a Nendoroid of Eivor!

The fine details of Eivor’s head tattoo and his weapons have been faithfully captured in Nendoroid form. Optional parts include Eivor’s axes, shield and the Hidden Blade, allowing you to recreate stealth poses and action scenes alike! Eivor’s companion Sýnin is included in the set as well so you can enjoy displaying them together!”

Assassin’s Creed Valhalla is currently available for PS5, Xbox Series X|S, PS4, Xbox One, and PC. You can read our review.