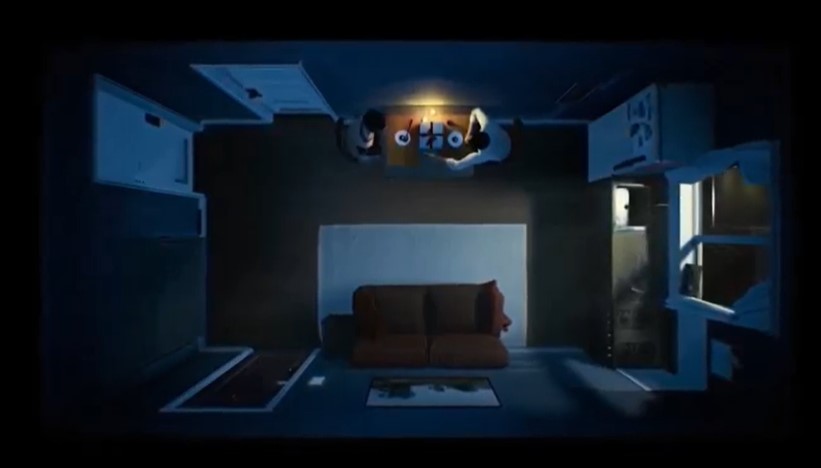 Earlier today during the Tribeca Games Spotlight stream, the creator of Twelve Minutes, Luis Antonio showed off some new gameplay for his upcoming title along with some background on his inspiration for the game.

Antonio talked about how he had an obsession with film and as he watched he would try to understand the story that the directors were telling with the pacing, colors, lighting, and composition in order to make the viewers feel emotions.

Twelve Minutes is a game where the main character is stuck in a loop where a man comes to your apartment’s front door accusing your wife of murder. You eventually get beaten up and then it starts all over again until you can figure out a way to apprehend and stop your attacker.

One of the striking features of Twelve Minutes is its bird’s eye view of the apartment that the main characters live in. Antoino explains, “It allows you to very easily interact with the environment.” His main idea was to make all parts of the apartment more easily accessible to all players.

Of course, since you can’t see the character’s faces, the voices have to play a big part in conveying emotions. And with highly skilled actors like Daisy Ridley, James McAvoy, and Willem Dafoe, that shouldn’t be much of a problem.

As of right now, it’s still unclear when Twelve Minutes is going to release, but we know that it’s coming to Xbox One, Xbox Series X|S, and PC via Steam. You can check out the official gameplay trailer for Twelve Minutes down below.