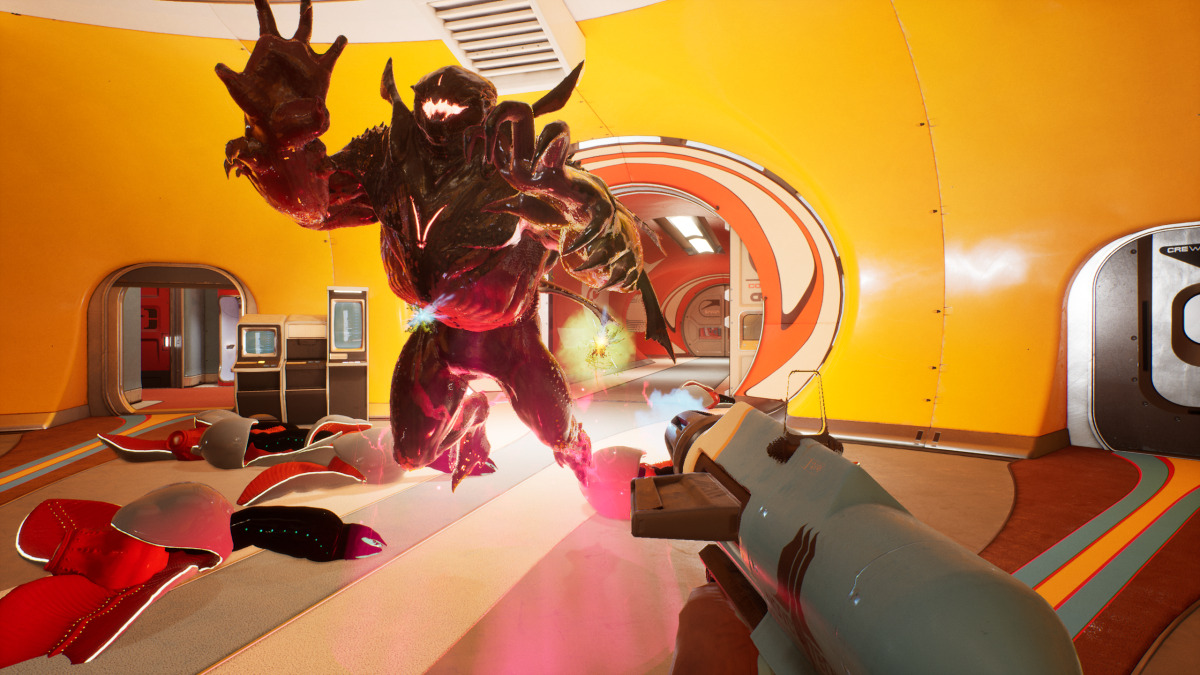 The newly announced multiplayer team-based shooter is scheduled to arrive on Xbox Series X|S, Xbox One, and PC, and will launch on Xbox’s Game Pass service on day one.

Go ahead and check out the new announcement trailer down below:

As you can see, the parallels to Turtle Rock’s critically acclaimed zombie-centric co-op shooter are clear. In fact, not only is The Anacrusis a 4-player team-based first-person shooter, but many of the horde-like alien enemies behave very similarly to Left 4 Dead’s undead legions.

Additionally, there’s also some brute-like heavy extraterrestrial threats that look very comparable to Valve’s series’ beasties. And on top of that, the cheeky dialogue between the characters also sounds like it’s been cut from the same zombified cloth, too.

Here’s the rundown courtesy of The Anacrusis’s official site:

The Anacrusis is a four-player, cooperative first-person shooter set aboard a massive starship stranded at the edge of explored space. Team up with your friends in an infinitely-replayable fight against alien hordes to unlock perks, weapons, and new ways to play that you can share with your team!

In The Anacrusis, the AI Driver controls every aspect of the game. It spawns every enemy, directs each boss, and places every weapon, gadget, and health kit. No matter your skill level, you’ll find the perfect level of challenge. More than that, the AI Driver creates the kinds of video game moments that you can’t wait to tell your friends about.

Looks super promising, right? But tell us, are you down to set off for space in The Anacrusis? Or will you be giving it a wide berth? Hop into your starships and fly down to the usual place below to let us know.

And if you’d like to see more of what was announced during the Summer Game Fest livestream, feel free to check out the full recording of the event here.