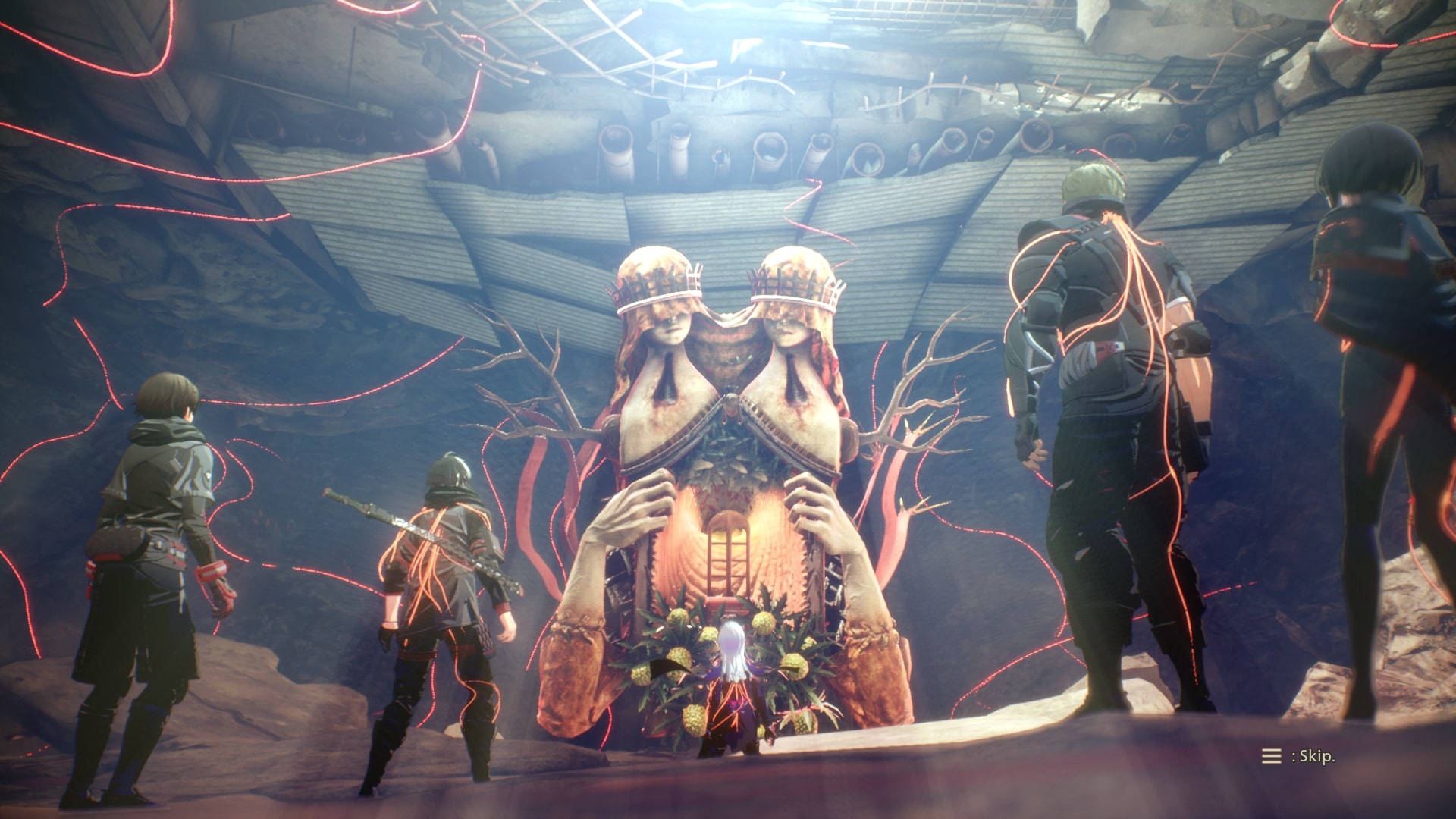 This boss battle is a bit of a surprise, and it can be tricky if you’re not sure what you should be doing to win. We’re here to help if you’re having trouble. Here’s how to beat the Naomi Randall boss fight as Yuito in Scarlet Nexus.

How to Beat Naomi Randall in Scarlet Nexus

Naomi is Kasane’s kind adoptive older sister, but she’s forcibly transformed into a monstrous Other when things go wrong during a mission. When nothing else can be done, that Other has to be taken down by Yuito’s platoon.

Before you head into this fight, be sure to stock up on healing items like Light Jelly and Team Light Jelly at Satori’s shop when given the chance. You’ll be needing these items to heal yourself and your teammates during this fight.

You can actually get past her first phase pretty easily if you continue to use follow-up attacks. Start out with the first few hits of a normal combo, then use Psychokinesis to knock her down with debris so that she falls onto her side. She’ll struggle to get up, so use this opportunity to attack the flowers on her back — that’s her weak point.

You can get her in a loop to where she’s never upright for more than a few seconds before you knock her back down. Use Psychokinetic follow-ups and plenty of regular item throws to knock her down while doing even more damage.

In all honesty, you don’t even need to use any teammate SAS powers during this first phase if you stay on the offensive up close. Don’t give Naomi a chance to retaliate and you won’t have to see any of her real attacks until the second phase. She doesn’t even have a crush gauge to exploit during this phase.

Naomi’s second phase is the real boss fight, but even with new dangers, the game plan is still more or less the same. Though, now you need to try to empty her crush gauge to perform Brain Crush attacks. Aim for the flower-like area that is now on her stomach, underneath her.

The weak point should glow when you use Tsugumi’s Clairvoyance, just in case you’re unsure. It can be dangerous getting that close in this phase, but Gemma’s Sclerokinesis should minimize the damage you take if used at the right time.

Naomi has plenty of moves to watch out for now, including one that creates a dust cloud to block your vision. Use Clairvoyance to see through dust clouds, and use Sclerokinesis to become immune to damage in tough spots. Sclerokinesis fully protects you from getting hurt but wears off quickly, so use it sparingly. Don’t get caught standing still, and aim to attack Noami’s weak point when she hides in the dust cloud.

Clairvoyance not only lets you see through the dust but also allows easier last-second dodges and quick counterattacks. Use it when Naomi leaps at you or attacks with her underground tendrils. She also throws debris at you from a distance, so watch out for that if you ever need to back up and regroup. But when you’re close, she’ll swipe at you in a spinning motion or use a telegraphed ground slam with one arm.

That’s everything you need to know about how to beat the Naomi Randall boss fight as Yuito in Scarlet Nexus. Check out our guide wiki for the game to see more tips, tricks, and other info.