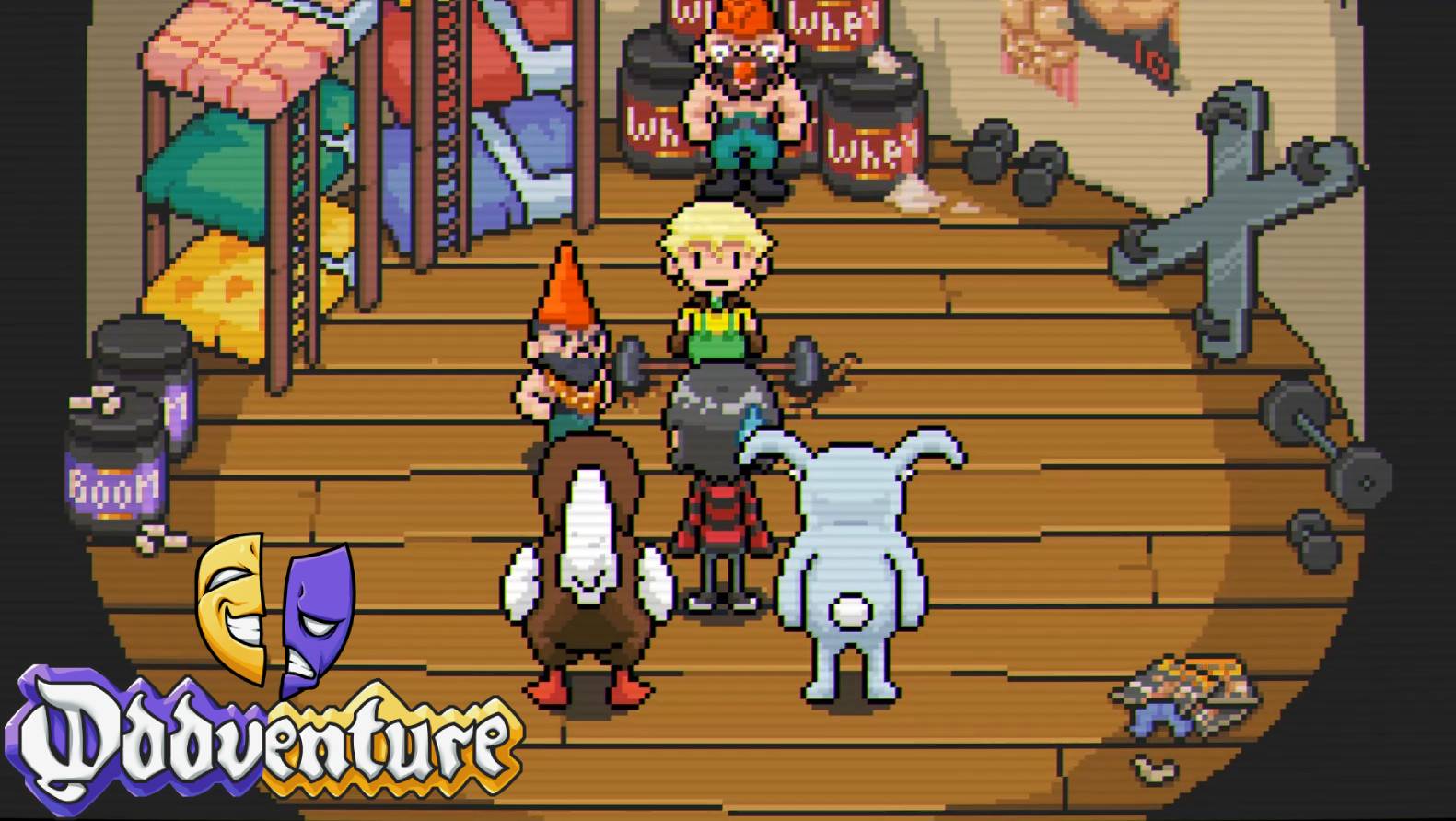 Fans of quirky RPGs such as Earthbound and Undertale will be excited to learn that a similar indie game called Oddventure has doubled its Kickstarter goal and will release in 2022, according to indie publisher Pineapple Works.

Oddventure is a story-rich turn-based JRPG developed by Infamous Rabbit that is set in a cursed world based on Grimm’s fairy tales. You play as a rebellious teenager named Charlie who is looking for her younger brother Bonzo.

In this game, every decision you make matters as there are several endings, and like Undertale, nobody has to die (but they can if you so choose), and battles can be ended in a number of different ways. The fights are based on a mood system; you can make enemies run away crying, or you can choose to spare them for a present.

The developer shares that there are “countless hidden secret and references to pop culture and fairy tales” as well as “bitter-sweet comedy mixed with some coziness and dark humor.”

Oddventure reached its funding goal with 213% of the initial goal raised. You can read all about the game’s Kickstarter campaign right here to see screenshots, gameplay, and more information about what you can expect.

Oddventure has a planned release window of Q3 2022 and will release on PC and Nintendo Switch. There’s currently a playable demo on Steam, which you can find right here.