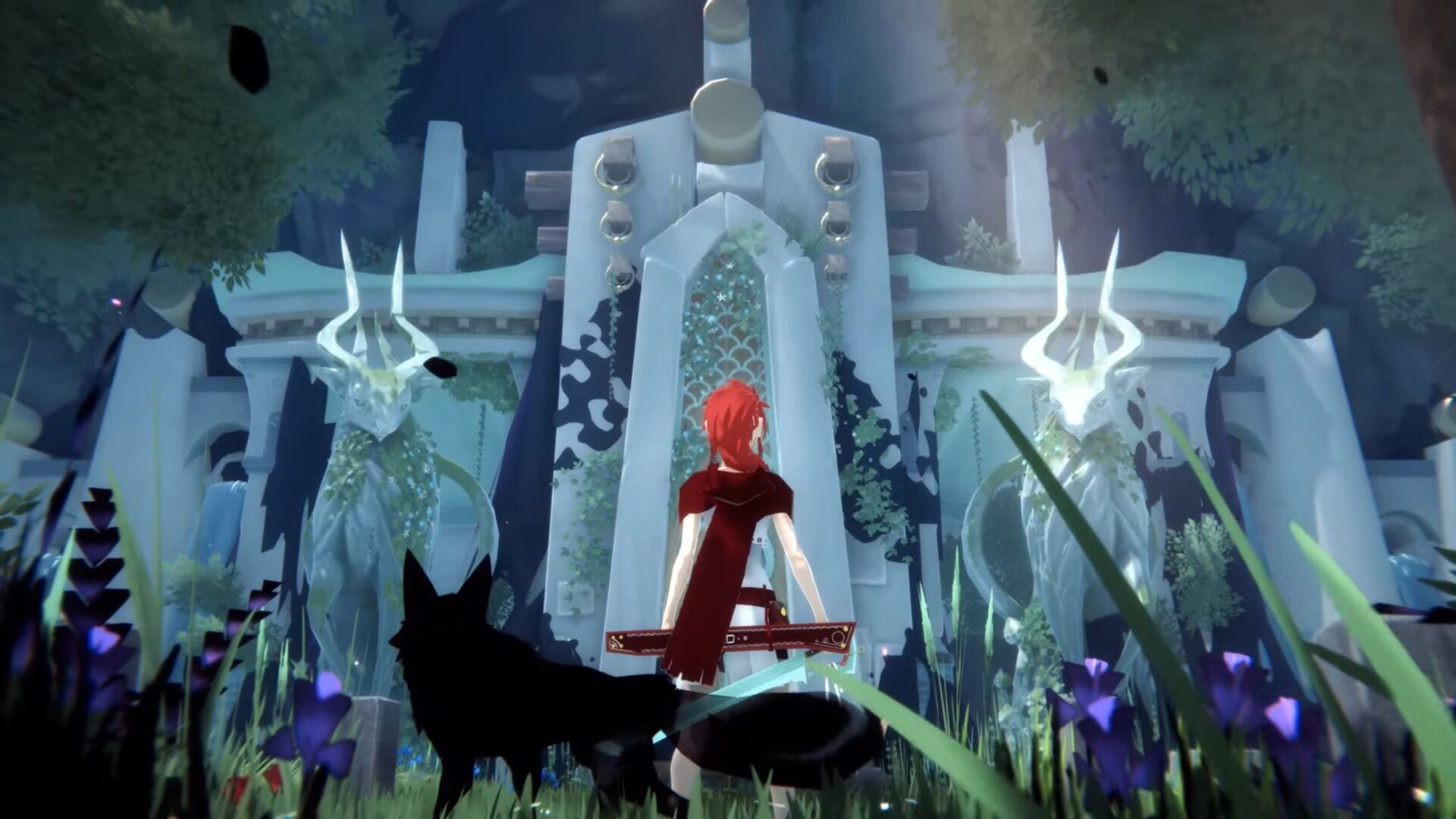 Today, during the Guerrilla Collective livestream, Neon Doctrine showcased quite a few games from its upcoming lineup.

First of all, we take a look at The Legend of Tianding, based on the story of one of Taiwan’s folk heroes. It’s coming in October 2021 for PC and Switch. It was actually announced a few days ago, but here you go.

Play as Liao Tianding (AKA. Liāu Thiam-Ting), vigilante of Taipei city and wanted by the Colonial Japanese authorities. Rob the rich, feed the poor, and fight for justice in the streets of early 20th century Taipei as Taiwan’s legendary outlaw.
Based on real events, real people and real situations, The Legend of Tianding is an exploration of a place and time often overlooked and presented in the style of Traditional Chinese Manga.

Battle the colonial authorities in style with a tanto, waist sash, and fast paced Kung Fu in tightly tuned technical combat. Execute advanced aerial combos, steal weapons from your enemies, use your waist sash and grappling hook to fly around the battlefield, and strike fear into the hearts of your oppressors.
Take on incredible bosses like deadly courtesans, greedy businessmen, and even military leaders, each one guaranteed to challenge you with their dynamic abilities and brutal attacks.

Explore the Dadaocheng area of Taipei city as it looked like in the early 1900’s Run through colorful streets, ride on a speeding train, and make your escape through dark sewers, all done in the style of a retro Traditional Chinese Manga.

Even the playing field and tailor Liao Tianding to your playstyle with different equippable talismans! These magical items grant you bonuses such as recovering more health from food, regaining stamina faster, or even reducing the damage you take.

Guide Victor Hartwell, a young aristocrat on a desperate journey to cure the deadly disease that afflicts his beloved wife, Alissa. Their last hope resides in the darkened halls of Grau Hill Mansion whose Earl has uncovered ancient secrets and forgotten sciences. He claims he can heal Alissa, but… at what price? Grau Hill mansion will open its doors and immerse you in a world of nightmares where you may be trapped forever.

Lamentum is a pixel art survival-horror game set in New England in the mid-nineteenth century. To solve the dark secret at the heart of Grau Hill Mansion, you will have to immerse yourself in a nightmare world full of terrible creatures.

Choose well in whom to trust, every decision you make may alter the course of the story.

Lamentum is inspired by classic survival horror games like Resident Evil and Silent Hill along with cosmic horror masterpieces, especially the Cthulhu mythos.

Lamentum is a dark and adult-themed game, in which the player can enjoy classic survival-horror gameplay.

My Lovely Wife is coming to Steam and Switch, with no release window announced yet besides “soon.”

Play as Jake, a loving husband and grieving widow who is granted the knowledge to summon dozens of succubi by a mysterious man. Work with those succubi, make them fall in love with you… and sacrifice them to create a vessel for your wife’s soul.

It all starts with a letter… A letter with a familiar handwriting and bearing a signature none other than hers—Luna, the love of your life gone too soon. In the letter, she asks you to perform otherworldly rituals to bring her back to life!

Next is Tamarindo’s Freaking Dinner, coming to Steam on October 31, 2022.

“Please let me introduce you Macario Macabro! the exorcist-mite pizza dude that have the bad luck to bring a order to Tagomago´s Mansion on MokingBird MilkyWay Heights 13, a haunted old creepy manor over the universe with the most horrorous dinner of all!
The stinky and cannibal Countess Erzeweth Wátory of Walpurgis (The Watracio´s Aunt!) host this infamous dinner, and you must bring the pizza, but wait… maybe the dinner is not the pizza… MAYBE IS YOU!!!!

Meet the seven inhabitants on this dark & stormy night! they have been invited to this horrible mansion by the countess! one hour and forty-five minutes left until dinner time, learn their behaviors and find a way to kill them before they eat you! The game has a time cycle system like Majoras Mask!

Investigate and explore Tagomago´s Mansion with more than 50 rooms. find useless objects and others a little more useful, discover the secrets of this old haunted house and its sinister history. Full of secrets and people´s skulls, there are maddening rooms that will make you lose your mind (literally). Better than Maniac Mansion and Luigi’s!

Help Macario with your wits and solve puzzles to end these infamous sinister fiends. There are numerous endings depending on the paths you take in this stinky old house full of cannibals. as if it were a “Choose Your Own Adventure” Goosebump´s book!

hilarious dialogues and stories in the purest style of the most famous graphic adventures! and for this occasion with canned laughter as if it were a 90´s TV Show. This is the story of Macario Macabro, but what no one ever knew is that he was already dead … when he died.”

Last, but definitely not least not least, is a tease of “Project Altheia,” which was previously showcased with a 3-second video last month. This time around, we get to see a little more.

Pretty much nothing is known about this game, but it certainly looks intriguing.