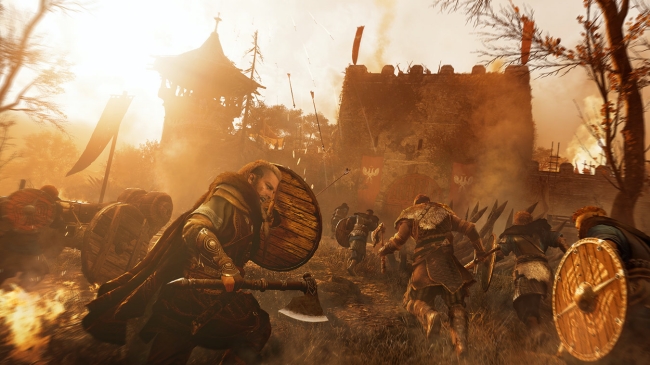 Assassin’s Creed Valhalla has had a busy few months since its release, and a new video shows that isn’t about to change throughout the rest of the year.

Streamed during the E3 2021 Ubisoft Forward presentation, the video offers a brief look at everything added to Valhalla in the past few months and some of the free updates coming to the game in the near future. Likewise, it gives a brief glimpse at the upcoming The Siege of Paris DLC and what it will entail for players who take it on.

The video starts with Karen Lee, senior community developer at Ubisoft, touching on the fact that Valhalla was the biggest launch the Assassin’s Creed franchise has seen to date. She then goes over some of the current stats accrued by players, with the total number of raids conducted and settlements built stretching into the hundreds of millions.

From there, she dives into some of the new content that’ll become available to Assassin’s Creed Valhalla players in the form of free updates. These include cosmetic items and new quests, as well as new game modes like the River Raids and Mastery Challenge. Topping it all off are tweaks and additions recommended by the community, such as one-handed swords and other new mechanics, which will be added into the game in the near future.

The focus of the video then shifts toward discussing The Siege of Paris DLC. Like the recent Wrath of the Druids expansion, it’ll see new story content added to the Assassin’s Creed Valhalla for players to dig into. Slated for release sometime this summer, it’ll task them with gathering intel for a sizable invasion, earning the trust of potential allied forces, and otherwise exploring a new locale for adventure opportunities.

It’s a sizable video with a ton of content to dig into, so fans will definitely want to view it for themselves. The full video can be found down below.

Assassin’s Creed Valhalla is currently available on PlayStation 5, PlayStation 4, Xbox Series X, Xbox One, and PC. For more on all the latest announcements coming out of E3 2021, stay tuned to Twinfinite. We’ll be covering every reveal and teaser as they happen all weekend long.