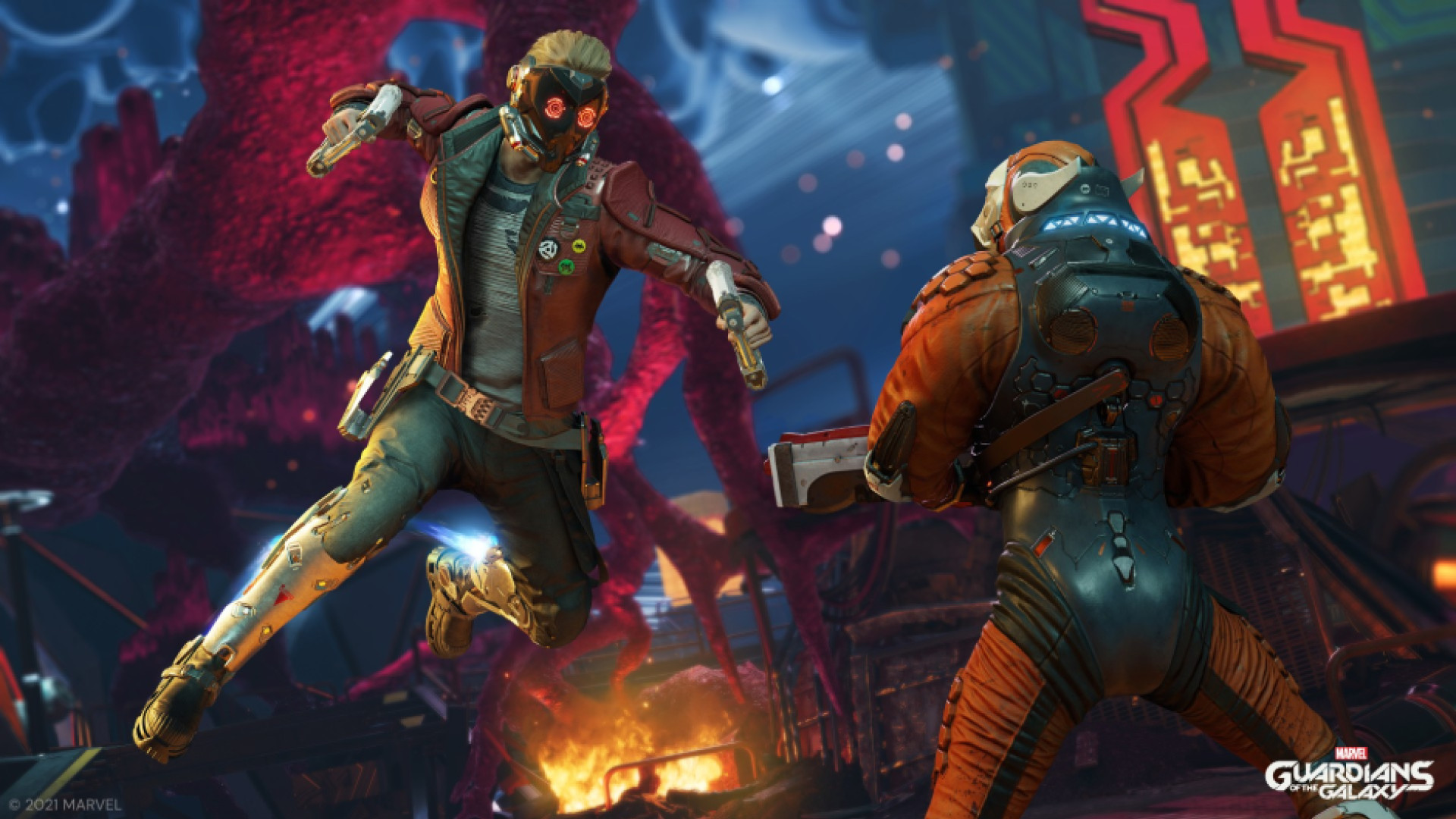 For many, the most exciting aspect of E3 is the flurry of new game announcements. And while this year may not have yielded quite as many surprises as in years gone by, there certainly have been a handful of hugely exciting game reveals that have us looking forward to the next couple of years. One genre that looks set to prosper, in particular, is action/adventure. So, let’s review the 5 biggest action/adventure games announced during E3 2021.

Easily one of the most unexpected game reveals at the whole of E3 2021, let alone the action/adventure scene, Ubisoft’s Avatar: Frontiers of Pandora came out of absolutely nowhere. Of course, it’s no secret that the Avatar movie franchise is set to expand over the next few years with three sequels, but a video game from a major publisher as well? It’s a very interesting development, indeed.

From what we’ve seen of it so far, Frontiers of Pandora looks as though it’s being made with utmost care and attention to making sure it feels like a genuine part of the franchise. The graphical fidelity and animations are exceptional, and the overall production looks suitably blockbuster.

So far, all we know about how it plays is that it’s a first-person action/adventure game that takes place in an open-world version of Pandora. It’s being developed by Ubisoft’s Massive Entertainment studio using the Snowdrop Engine, and it will release in 2022 (presumably alongside Avatar 2). Check out the trailer here, and Twinfinite has compiled a huge number of new screenshots of the game here.

Similar to Avatar, Guardians of the Galaxy is another major upcoming action/adventure title announced during E3 2021 based on a popular movie license, and it similar caught us a little off guard. Of course, Marvel and Square Enix’s partnership was always likely to yield another game based on one its franchises at some stage, but the fact that Guardians of the Galaxy is launching later this year is a little unexpected.

Not that we’re complaining, though! From what we’ve seen so far, Eidos-Montreal’s interpretation of Jason Quill, aka Star-Lord, and his band of misfits looks like it’s going to be a total blast. From the amusing writing and impressive graphics to what appears to be exciting third-person combat, Guardians of the Galaxy looks set to deliver a much better gameplay experience than Marvel’s Avengers, Square Enix’s rather woeful first attempt at a superhero game.

Guardians of the Galaxy is set for release on Oct. 26 across all major platforms. You can check out the reveal trailer here, and we’ve also compiled newly released screenshots here.

Twinfinite is a huge fan of A Plague Tale, scoring the first game, Innocence, an impressive 4.5/5 back in 2019 and later celebrating it as one of the year’s best games when we wrapped up our GOTY awards later in the year. No surprises, then, that we’re including its sequel Requiem as one of our most anticipated action/adventure titles from E3 2021 so far.

Given the fact that developer Asobo Studio was able to pull off such an exceptional gameplay experience despite its small size and humble budget the first time around, we just can’t wait to see how a bigger and more ambitious sequel shapes up when Requiem launches next year.

Precious few details have been revealed in terms of new gameplay features and the direction of its narrative, but you can rest assured that it’s going to feature the same brilliant story-telling, voice-acting, and gripping story of its predecessor. The big question is whether we’ll see some more refined gameplay mechanics. Mark this one firmly on the calendar! Trailer here.

Ok, so we’re technically cheating a bit here because Elden Ring wasn’t announced during E3 2021 –that was back at Microsoft’s 2019 conference–, but it did feel as though it properly arrived for the first time during Microsoft’s conference. After all, this was our first chance to properly look at how Elden Ring will play, appreciate the nature of its open-world design, and get a flavor of the tone of its mysterious story premise.

The consensus? Elden Ring looks every bit as exciting as we’d hoped. It’s Dark Souls on a grand scale, with nightmarish creatures and foreboding landscapes in epic abundance. But it also looks as though its gameplay will offer enough differences to feel unique from that iconic series, as mechanics such as stealth are weaved into the mix in a similar fashion to the excellent Sekiro: Shadows Die Twice.

There’s no question that it’s one of this year’s most compelling reveals, and we can’t wait to see more in the build-up to launch early next year. For more on the game, you can check out FromSoftware’s newly released back of screenshots here.

Given that it wasn’t revealed during one of E3 2021’s major press conferences, you might have missed Soulstice when it was revealed during the PC Gaming Show. Well, we’re here to remind you it exists if that’s the case and that it should be as firmly on your radar as it is ours.

Developer Reply Game Studios’ Soulstice takes place in a grim fantasy dystopia in which two sisters, Briar and Lute, battle to protect humanity from terrifying wraiths who threaten to consume the living as they emerge from another dimension. The game’s unique feature is its deep combat system, which involves combining both sisters’ abilities to create powerful single attacks. You can check out a first look at the action here.

Soulstice is slated for launch next year on consoles and PC.

Yes, yes, we know, we’re cheating again! Just as Elden Ring wasn’t announced at E3 2021, neither was The Legend of Zelda: Breath of the Wild 2.

But still, this is also the first real look at its gameplay in action. And how could we honestly not include it in our round-up of the biggest action/adventure games at E3 2021? Nintendo’s follow-up to one of the best games ever made is very obviously right at the top of our wish list after the dust has settled from E3, and we just cannot wait to see more of the game.

Let’s just hope it isn’t another two years until we see more! Nintendo has suggested that the team behind the game is aiming to hit a 2022 launch, but it’s certainly not set in stone. So it’s back to daydreaming for the time being, at least — daydreaming of a return to the gorgeous open-world of Hyrule and the floating islands above, it appears. Check out the trailer here if you somehow missed it.