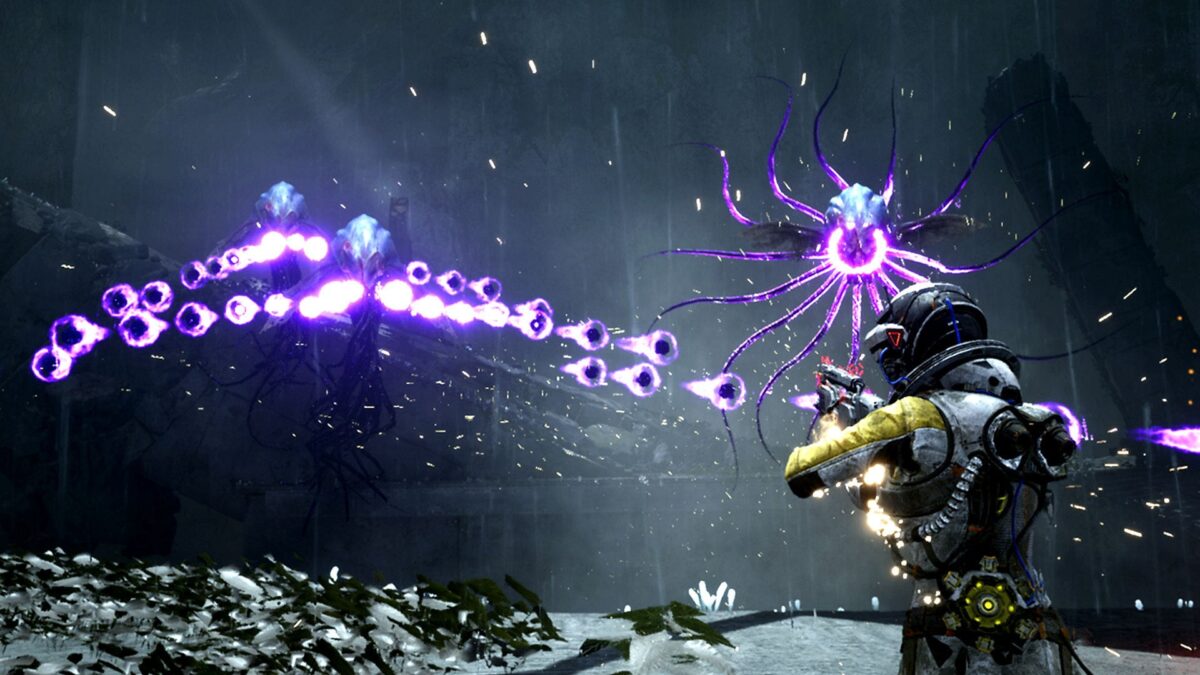 From the very start of your adventure in Returnal in the Overgrown Ruins biome, you’ll notice a number of yellow orbs floating around or on the edge of high-up platforms. Sometimes these platforms hide useful items, and other times those yellow orbs lead to a new path for you to explore. Problem is, you don’t have any way of interacting with them to begin with. That’s where Returnal’s Icarian Grapnel comes in. Here’s how to get the Grappling Hook in Returnal.

As you might have guessed, the Returnal Grappling Hook allows you to reach these high-up areas, but you’ll have to progress through a good chunk of the game before you get access to it.

Getting the Grappling Hook in Returnal

To get the Grappling Hook (or Icarian Grapnel to give it its proper name), you’ll need to beat the game’s second boss, Ixion.

Progress through the second biome and you’ll eventually reach Ixion. Ixion flies around the area, firing projectiles at you while doing so. You’ll need to avoid these and deal enough damage to the moving target which makes it quite tricky.

In its second and third phases, Ixion will begin using AoE (area of effect) attacks, by slamming down into the ground. In the final phase, Ixion will always be trying to close the distance to melee attack you, so keep dashing out of its way and use your weapon’s Alt-Fire mode whenever you can.

After beating Ixion, you’ll be rewarded with the Icarian Grapnel, or the Returnal Grappling Hook.

The Icarian Grapnel is a permanent item, so even if you die once you’ve got it, you’ll have it from the beginning of your next runs.

To use the Returnal Grappling Hook, simply look at a yellow orb and press Triangle to grapple towards it. You’ll now have access to even more of Atropos.

For more tips and tricks, head over to our wiki, or see more of our coverage on the game below.