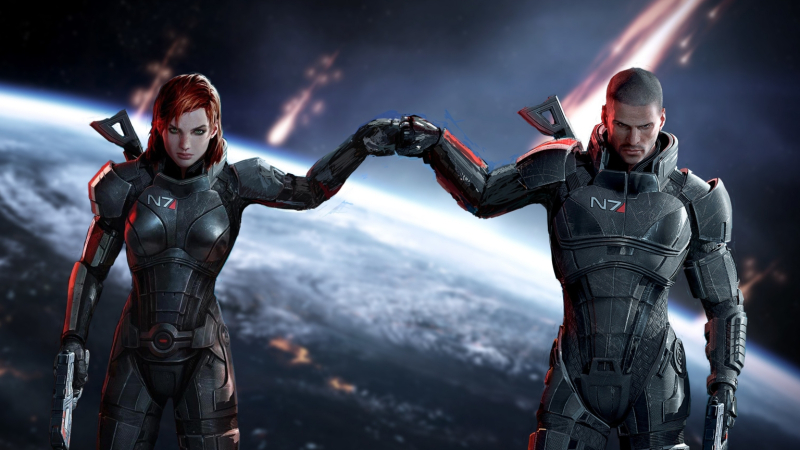 Over the course of the original Mass Effect trilogy, your version of Shepard goes through a lot. They battle through hordes of enemies, build or break peace between species, and keep the universe from succumbing to the Reapers. As such, you wouldn’t be blamed for getting attached to them, and wanting to know definitively: Does Shepard die at the end of Mass Effect 3?

Well, for better or worse, we have the answers you’re looking for. Read on to find out whether Shepard can survive their battle with the Reapers, and what needs to be done for it to happen.

In almost every ending of Mass Effect 3, Shepard will die in exchange for stopping the Reapers.

Likewise, the majority of the Destruction endings will lead to Shepard being wiped out in the Reaper-destroying blast from the Crucible.

However, there is one outcome where it’s hinted that Shepard lives after the ending of Mass Effect 3. Whether or not you’ll see this ending, however, comes down to a couple of different factors; specifically, your Effective Military Strength and which final choice you made.

How to Save Shepard

This means you’ll need to gain as many military assets as possible and fill the Total Military Strength bar. This is done by ensuring none of your potential allies are killed, collecting every artifact for the citizens of the Citadel, and otherwise doing everything you possibly can in the game before engaging in the final story mission “Priority: Earth.”

As for the final choice, there’s only one that leads to the Shepard survival scene. You’ll need to choose to Destroy all sentient AI and machines by shooting the red pillar with your pistol. This will leave all organic life alive while destroying every reaper in the universe.

So long as you fulfilled both these requirements, you’ll be treated with a scene at the end of the game where Shepard is shown coming to beneath a pile of rubble, inhaling sharply to prove they’re still alive.

So, to recap how to save Shepard in Mass Effect 3:

Hopefully this cleared up whether or not Shepard Dies in Mass Effect 3. For more on the full trilogy, check out our Mass Effect Legendary Edition guide wiki. It’ll help you maximize your enjoyment of the series with quest walkthroughs, dialogue choice explanations, and more.