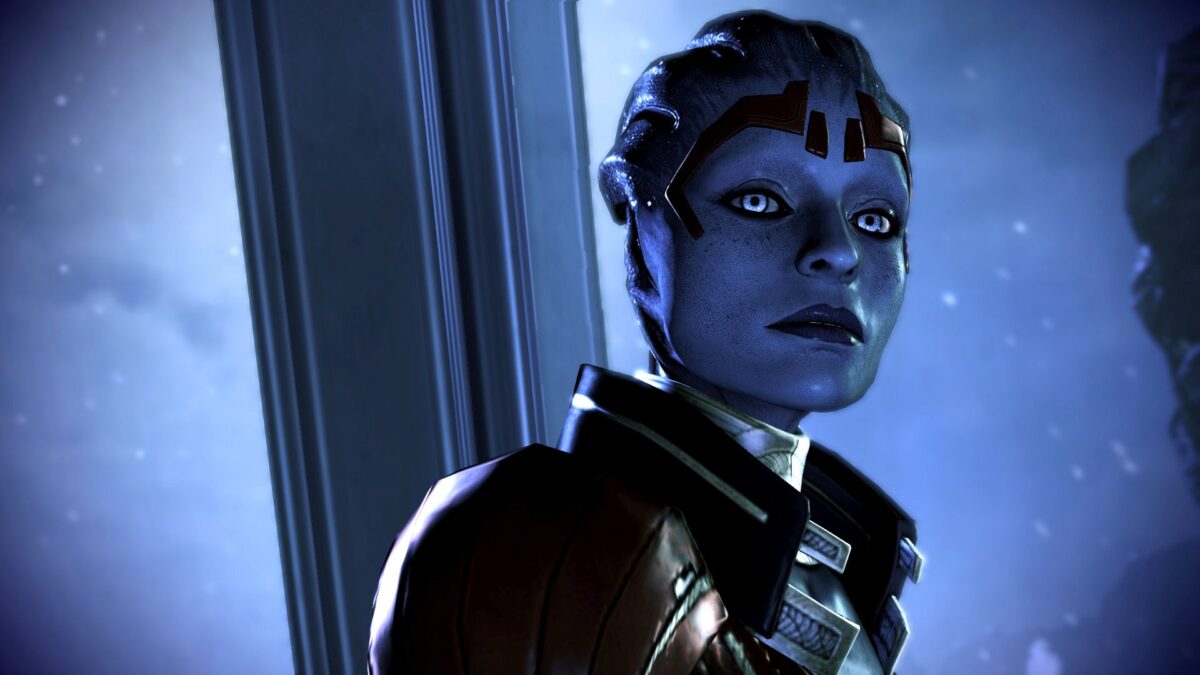 There are a good number of choices when it comes to who to romance in the Mass Effect series. If you’ve chosen to go for Samara, you’ve come to the right place. She doesn’t join the crew until after Mass Effect 1, so here’s how to romance Samara in Mass Effect 2 and 3.

How to Romance Samara in Mass Effect 2

Samara can be romanced by either male or female Shepard, so that’s one less thing to worry about with this one.

Interestingly though, you’ll need to avoid Renegade options wherever possible. The next step here is to make sure that you actually recruit her in Mass Effect 2 by completing the Dossier: The Justicar mission that becomes available after finishing the one on Horizon.

Samara can be found in the Starboard Observation section of the Normandy once she joins your crew. You can speak with her there and choose options that allow you to learn about the Justicar code that she lives by. However, the romance can only begin after successfully completing her loyalty mission, Samara: The Ardat-Yakshi.

To get through it successfully, you need to choose to side with her instead of Morinth when the two Asari clash. Failing the mission or siding with Morinth will lock you out of her romance storyline permanently.

After the loyalty mission, speak to Samara again aboard the Normandy. Choosing the “I want more” option will open up the romance only if you pass a Paragon/Renegade by having low enough Renegade points. If you pass, you can continue to convince her by choosing options like “I don’t accept that,” and “Everybody needs comfort.” She’ll leave the room to take some time and think about things, and that’s all you’ll get until Mass Effect 3.

She’s more of a side romance in a way, thanks to her Justicar code. It’s a code that she puts above all else, including relationships. This means that she doesn’t have a romance scene at the end of Mass Effect 2, but you can still continue the romance into Mass Effect 3. Keep her alive in the ME 2 Suicide Mission by using her as the Biotics Specialist.

Samara is no longer a part of the regular Normandy crew, but she’s still around in other areas of the game. You’ll see her again in the Kallini: Ardat-Yakshi Monastery mission that becomes available after the Priority: The Citadel II main mission. However, if you make the wrong decision at the monastery, you’ll never see Samara again after that point.

Samara will attempt to commit suicide after being faced with an extremely tough situation. To save Samara, you need to stop her by choosing the Paragon interrupt when she puts her gun to her head. If Samara survives the mission, meet up with her at the Presidium Embassies on the Citadel.

With all of that done, you’ll finally be able to see the the romance through to the end in the Citadel DLC that’s included in the Legendary Edition. Choose the “I’ve really missed you” option when she enters your apartment, then another Paragon interrupt. Done right, it all ends with a hug and a kiss.

It may not have the most scenes compared to others, but that’s everything you need to know about how to romance Samara in Mass Effect 2 and 3. If you’re looking for more tips, tricks, or other romance guides, check out our Legendary Edition guide wiki.