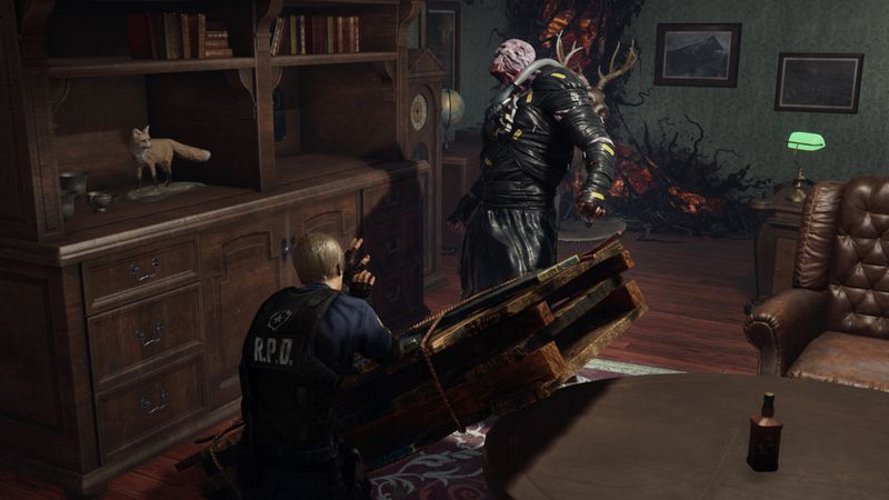 Asymmetrical multiplayer horror game Dead by Daylight will receive a Resident Evil add-on next month with a new map and characters from Capcom’s survival horror franchise.

The new chapter was announced during the game’s fifth anniversary livestream, where developer Behaviour Interactive showed off the new Racoon City Police Department map. It is based on the police station from the Resident Evil 2 and Resident Evil 3 remakes, though will have its own nightmarish twist to it.

Dead by Daylight pits four “Survivors” against one “Killer” with the team of four trying to escape being murdered by repairing generators around the map. The chapter will be adding two new Survivors, Jill Valentine and Leon S. Kennedy, each with their own special skills. Jill can place mines on the generators that blind the Killer, and Leon can create flashbangs within the match that can also blind Killers and make them drop down Survivors.

The new Killer in the chapter will be Nemesis, the hulking monster from Resident Evil 3. He has a long tentacle attack that works with his T-Virus power, which can infect Survivors, and will be aided by AI zombies. Those infected will be easier to spot from coughing, and will receive more damage from his tentacle attack. His tentacle also grows longer with each infected Survivor, though Survivors can cure themselves with a limited quantity of vaccines around the map.

The Resident Evil chapter for Dead by Daylight is scheduled to launch on June 15 for PC and consoles.