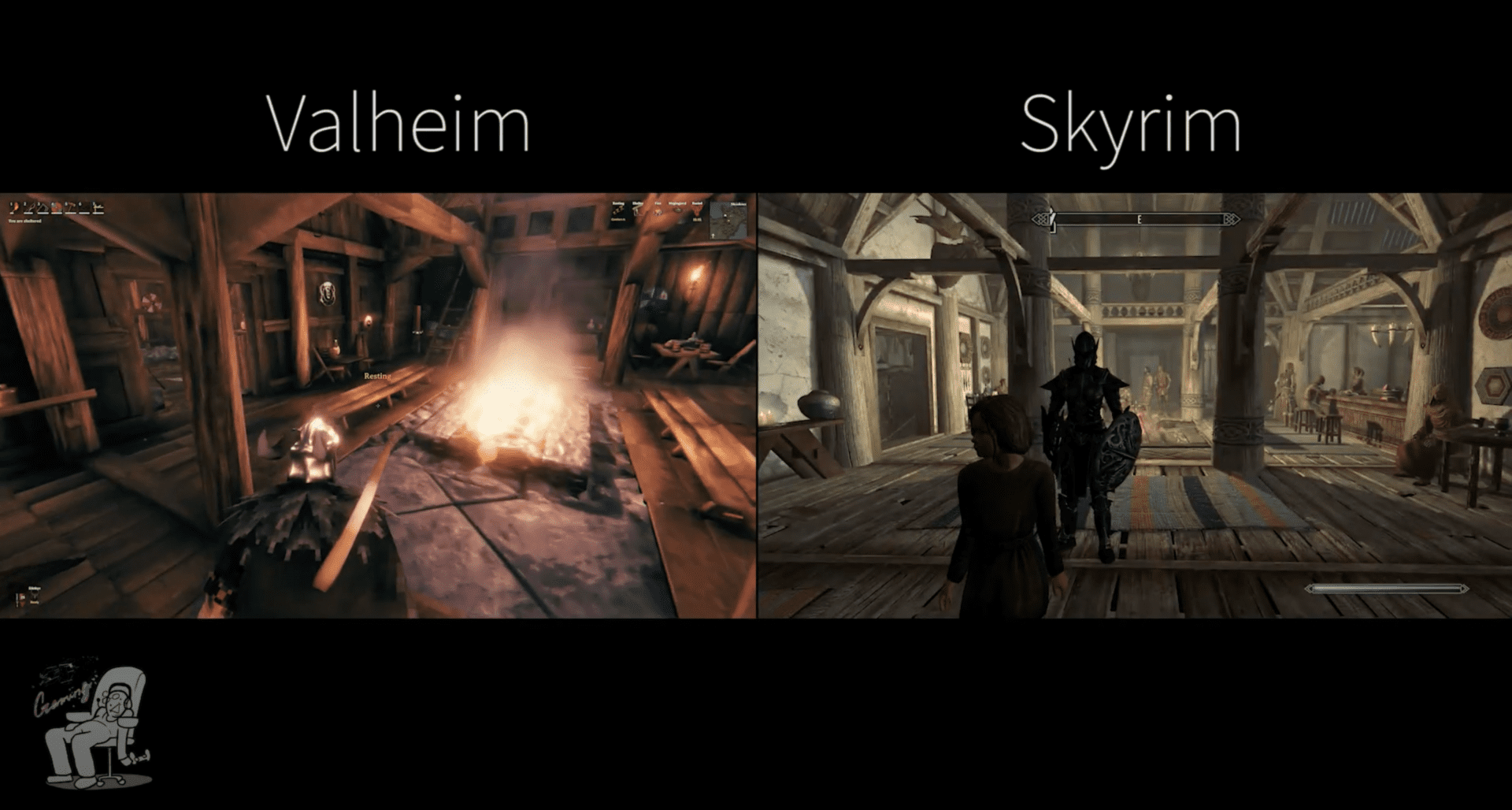 Valheim is the biggest early access hit of 2021 so far, and for good reason too. It’s a Viking-themed survival game that loosens its restrictions on hunger meters, while still providing players with a tough challenge in the form of threatening biomes and some seriously cool boss fights you have to prep for. It also lets you build some incredible bases and structures with its basic materials and tools.

I’ve spent many hours building bases for my friends in our own little server, and have found a lot of joy trying to build something awesome within the restrictions of Valheim’s unique structural integrity system. But, y’know, all it takes is a couple of YouTube videos from far more talented builders than I to make me feel like I’ve completely wasted all those hours on a pile of trash.

Jokes aside, user VanillaBryce has recreated the Dragonsreach keep from Skyrim’s Whiterun in Valheim, and it looks astounding.

As someone who’s currently working on plans for a tavern in our server, though, FivOJ’s rebuild of the Bannered Mare tavern in Whiterun leaves me even more impressed.

Both locations require you to at least have the Stonecutter tool in Valheim, so you do have to beat the first couple of bosses in the game in order to try to build something like this. They’re also both as faithful to the Skyrim locations as can be with Valheim’s limited tools, which makes them even more impressive.

Valheim is now available on PC via Steam early access.