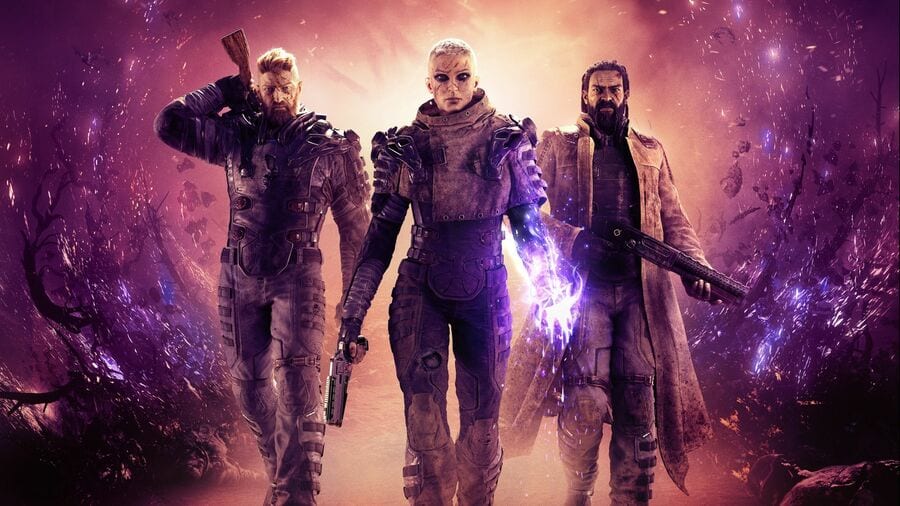 In Outriders, you’ll complete plenty of missions that end with difficult and unique boss fights. Few of those encounters are like the giant monster you’ll meet at the end of the Forest Enclave section of the game, though. Here is everything you need to know about how to beat the Chrysaloid boss fight in Outriders.

As you progress throughout Outriders story, you’ll eventually reach a region known as the Forest Enclave. This section is home to the fourth major story boss in the game, Chrysaloid.

You’ll encounter this giant insectoid upon entering the forest, as it attacks your convoy, throwing you off course in the process. You’ll eventually make your way through the area and come upon the Chrysaloid again, signaling the start of the boss fight.

Before heading into this fight, it is recommended that you check that you’re on a world tier that you are comfortable with as this boss can be challenging. Consider turning it down a notch if you have any trouble. Also, be sure to have long-ranged weapons and plenty of good upgraded gear on you as for the most part, the Chrysaloid is going to be pretty far away from you.

How to Beat Chrysaloid Boss Fight in Outriders

As its health bar indicates, the Chrysaloid is actually a boss that features two different phases that you’ll need to get through to beat it. While attacks may vary a bit, the phases aren’t actually all too different.

The first phase has four attacks: Radiation Breath, Claw Slam, Fist Slam, and Boulder Toss. All of these are general area-of-effect attacks and can be dodged by sprinting or rolling out of the red-marked areas. Leech weapon mods will keep you alive here since you’ll be shooting the Chrysaloid for a while.

Of the four, Radiation Breath is the most deadly, as it deals a significant amount of damage over time. To avoid this, you should scramble behind a boulder that can cover your entire body as it will shield you from the blast completely.

The second phase of the Chrysaloid fight features the same attacks as before, but adds in a new enemy for you to beat as well. That means you’ll need to keep an eye on the Chrysaloid’s movements and incoming attacks while also killing the Strix that are added to the battle.

Strix can be a bit annoying to deal with, as they’re ranged enemies that deal Toxic damage that really sucks in tandem with Radiation Breath. Try to take them out first. As long as you have a long-ranged weapon and are high enough level, though, you shouldn’t have too much trouble getting the hang of things.

Simply keep peppering the Chrysaloid and taking care of the Strix that appear and you’ll beat the boss in no time. When you do, head over and pick up your loot, as this is one of the bosses that drops a guaranteed Legendary Weapon on your first kill.

That is everything you need to know about how to beat Chrysaloid boss fight in Outriders. If you’re still on the hunt for more info on the game, check out our Outriders guide wiki for more tips and tricks.

Otherwise, you should also see some related content below that may prove useful. If you can’t find an answer to a particular question you have, then reach out to us in the comment section below and we’ll do our best to lend a hand.