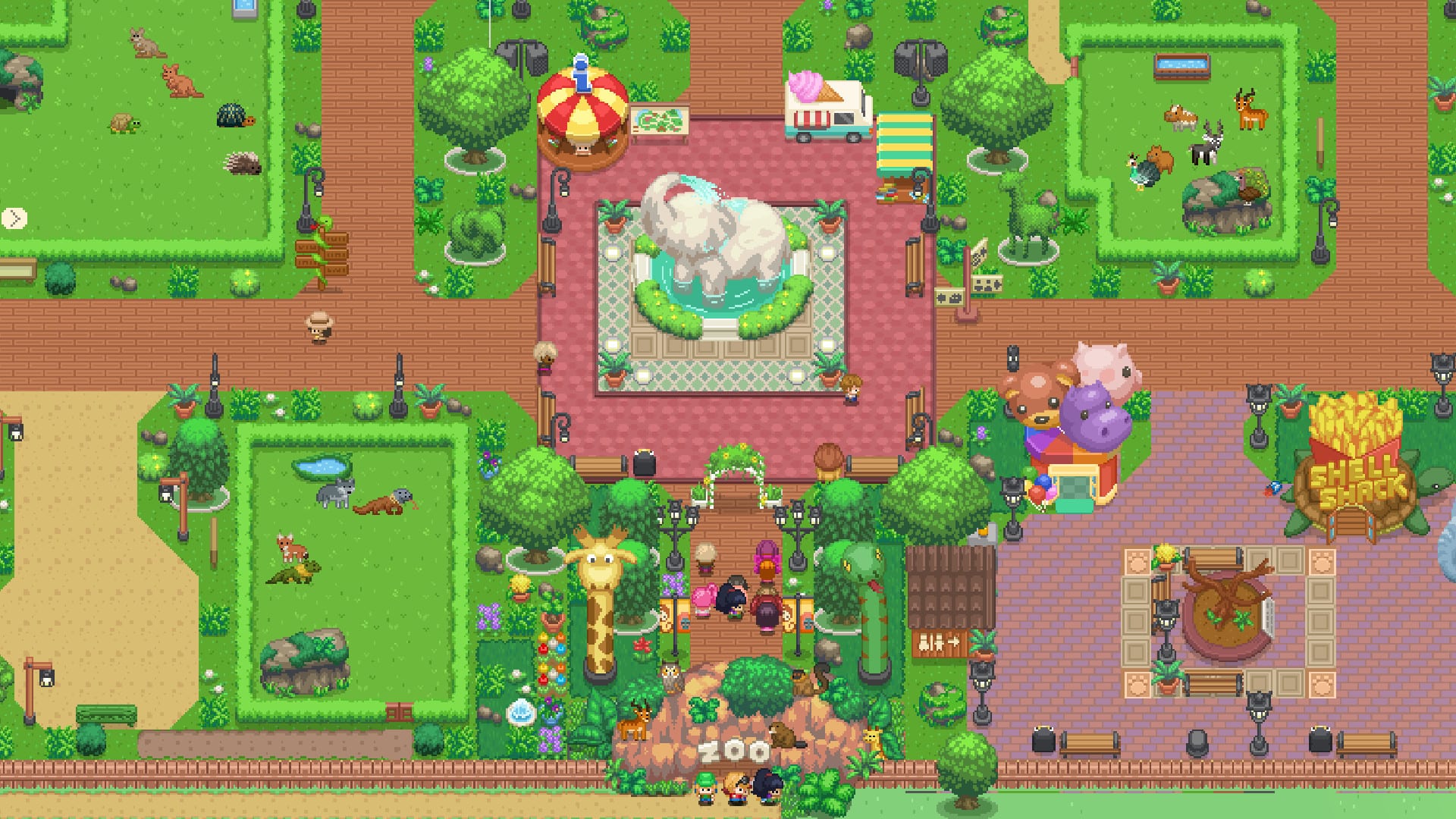 Management sim games never got out of style. There’s just something about growing a fun business and watching it thrive that just hits right. In the theme park space you have games like Parkitect, which are more retro, and games like Planet Coaster, which are flashier and prettier. In the zoo tycoon space you have Planet Zoo, and now we can add a new retro zoo game, Let’s Build a Zoo, to that list.

Revealed today on Twitter by Mike Rose of No More Robots, Let’s Build a Zoo is a game inspired by Zoo Tycoon and classic Bullfrog games and is being developed by the indie dev team Springloaded. It will have a retro aesthetic and isn’t grounded entirely in realism.

In fact, the game touts over 300,000 animals which is an incredible number. The way you’ll be able to reach that many different animals in your park is through a breeding system that allows you to come up with many different crazy combinations such as a Giraffephant (Elephant and a Giraffe).

Here’s an example of the splicing system via Let’s Build a Zoo’s official Steam page.

There aren’t too many other details yet at the moment. There’s no release date yet but you can add it to your Steam wishlist if you’re interested.