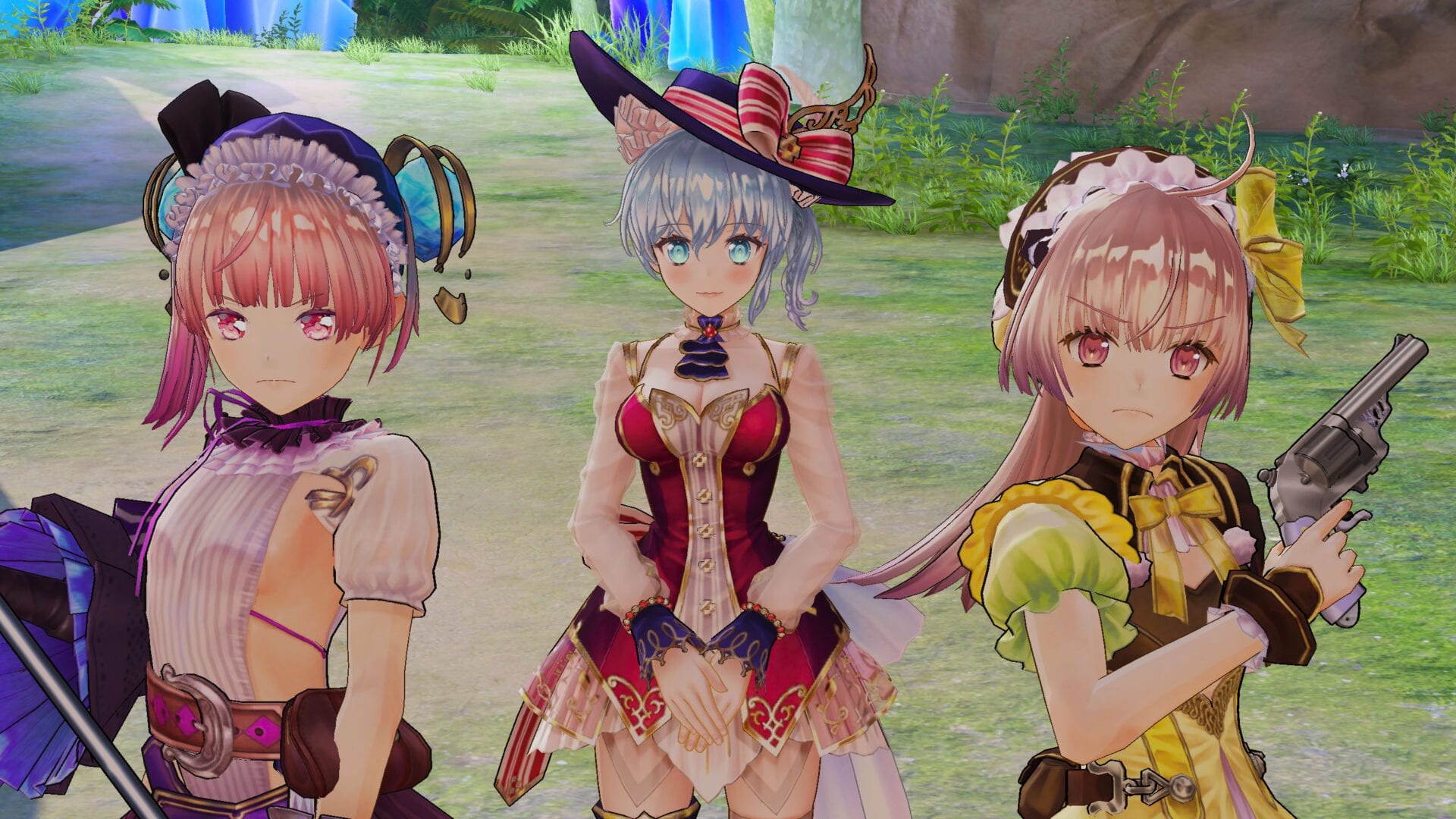 Today Koei Tecmo released a batch of new screenshots from the upcoming Atelier Lydie & Suelle: The Alchemists and the Mysterious Paintings DX that will be included in the Atelier Mysterious Trilogy Deluxe Pack.

We get to see the new content including a new painting titled “Nelke’s World” tying in with Nelke & the Legendary Alchemists: Ateliers of the New World. You can gain access by collecting fragments of the painting from chest added to the game.

On top of that, new story content has been added in which Lydie and Suelle will help Nelke develop her town.

You’ll also be able to freely increase the speed of battle at any point, and to enjoy the new photo mode.

The screenshots also showcase some of the many DLC that will be included in the deal, on top of the digital artbook coming as a bonus with pre-orders.

Speaking of bonuses, we also get a video focusing on sampling the music of Atelier Firis: The Alchemist and the Mysterious Journey DX.

If you’re unfamiliar with Atelier Lydie & Suelle: The Alchemists and the Mysterious Paintings DX, you can check out an official description below.

“The gripping conclusion to the Mysterious Trilogy, Atelier Lydie & Suelle: The Alchemists and the Mysterious Paintings DX, follows the tale of alchemist twins — the reserved but caring Lydie Marlen, and the eccentric and carefree Suelle Marlen. The young twins work alongside their father at the family atelier, but due to his inexperience in alchemy, they rarely see any customers. While working hard to hone their skills, the duo uncovers a mysterious looking painting, and as they reach out to investigate, the girls are drawn inside a world bountiful with rare materials perfect for alchemy! This fateful discovery is just the beginning of the twin’s adventure, leading them to their joint goal — to run the best atelier in the country! The DX version of the game introduces a new painting that connects Lydie and Suelle to the world of Nelke & the Legendary Alchemists. In order to help Lady Nelke develop the city, the twins will have to embark on new missions and fight against perilous new enemies!”

If you’d like to see more, you can enjoy a trailer and a gallery of screenshots, another batch of images, and more videos.