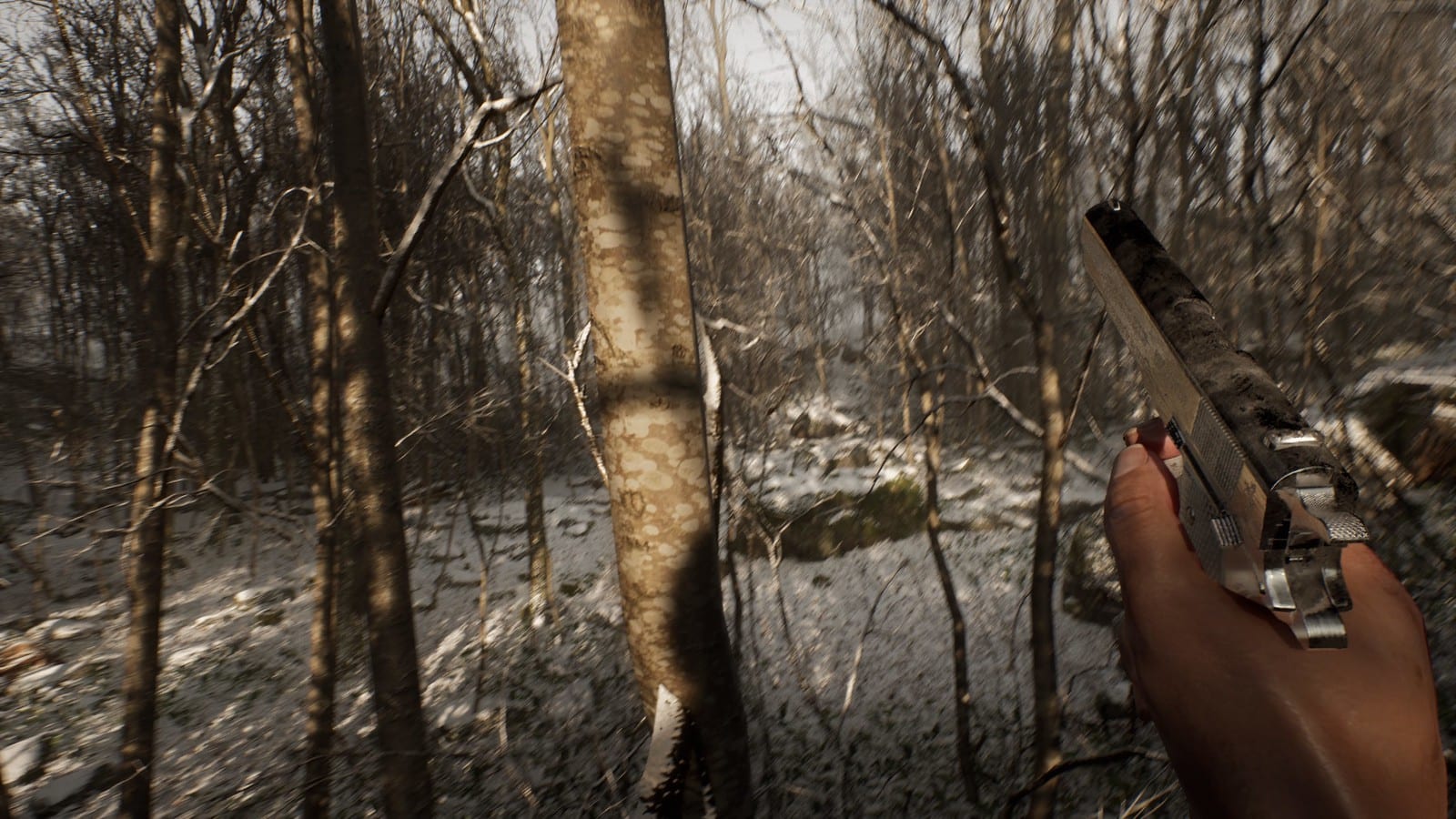 Abandoned is described as a cinematic, first-person horror survival shooter set in a highly detailed open world environment and favors a realistic approach to survival. Further, the story is centered around Jason Longfield, who wakes up in a strange forest with no recollection of how he got there. Later, he discovers that he was kidnapped and brought there for a dark purpose.

With its development at such an early stage, rather than showcasing gameplay, the studio’s game director Hasan Kahraman took to the PS Blog today to walk us through some of the exciting technical features that make Abandoned such an intriguing prospect.

Those features include ultra-realistic character interaction that, for example, sees Jason’s exhaustion impact his performance in combat. Also, the cinematic style in which Abandoned has been designed, which is designed around realism and encouraging players to plot every movement and shot in a gunfight.

To that end, Abandoned, we learn, will make full use of the PS5’s DualSense hardware and 3D audio, while the console’s graphical horsepower allows for 60 FPS and native 4K resolution.

You can check out a glimpse of the performance in today’s teaser below.

Abandoned will be available exclusively on PS5 Q4 2021.