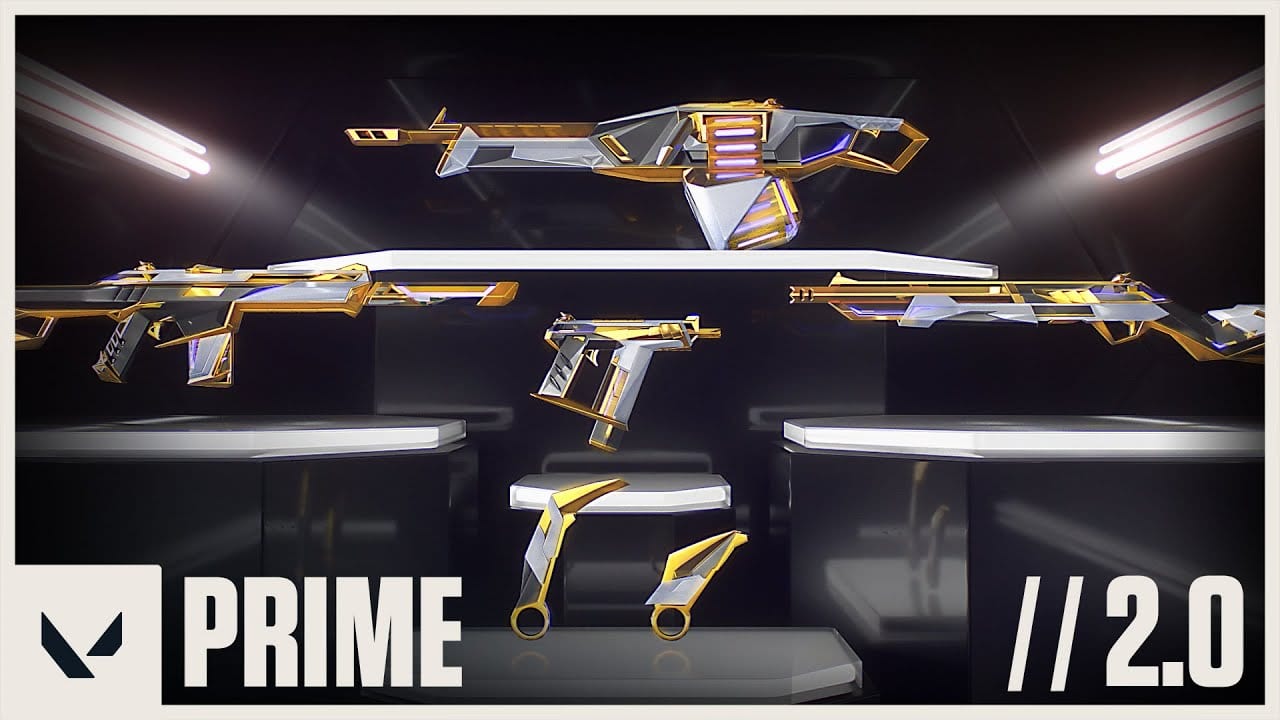 Valorant’s Prime skin line launched in tandem with the full version of the game back in June of last year, and they’ve remained one of the most popular ever since. No surprises, then, to see that Riot is bringing them back again for the start of the game’s next Act with the Prime 2.0 skin bundle.

They won’t launch until the Act kicks off tomorrow, but we’ve got our first glimpse of them in action today via a new trailer that introduces their design.

The bundle costs 7100 VP (about $70) and features five weapons, as well as the usual gun buddies, cards, and sprays. The weapons are as follows:

“We want players who own the Prime Vandal to feel like the Prime//2.0 Phantom offers something new but still feels cohesive with their collection as they play. In terms of color, originally in development, Prime//2.0 was rich dark blue, gold, and white, but after looking at it with the team for a while, it didn’t feel premium enough. I ended up going back in to adjust the textures and I’m happy where it landed with black, gold, and white.”

In other recent Valorant news, the game’s new Agent Astra was revealed over the weekend.