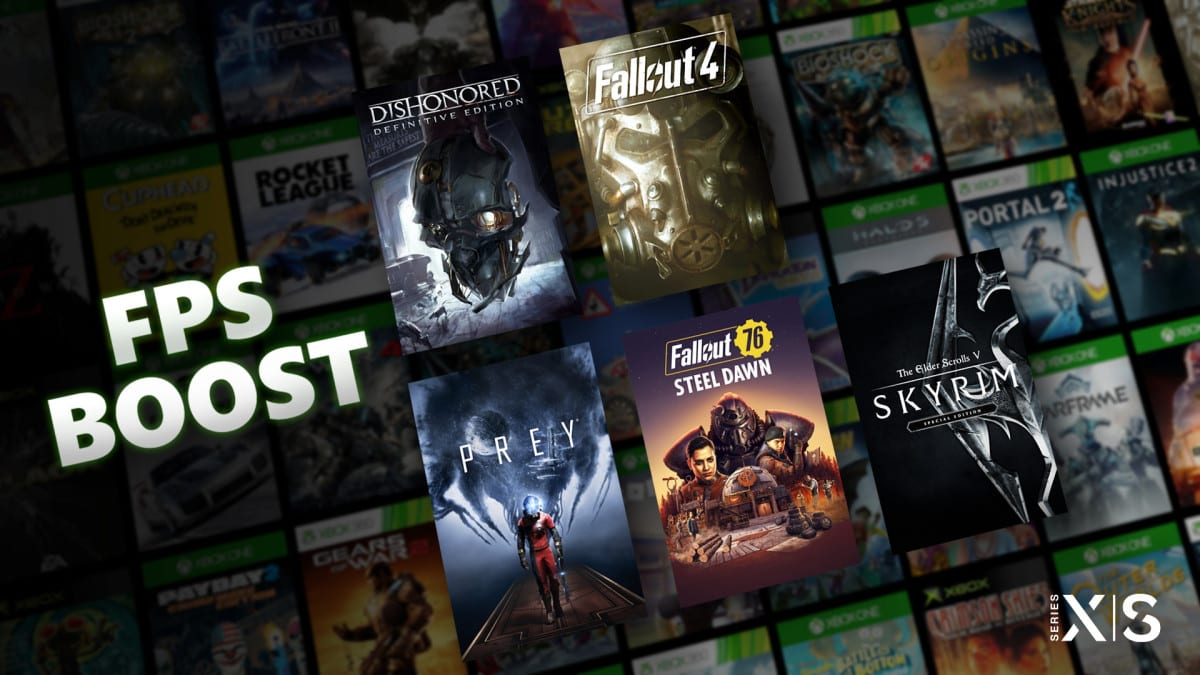 Xbox, shortly after revealing that Outriders would be a day one Xbox Game Pass game, dropped another big bit of news. Starting today, five Bethesda Games including Dishonored: Definitive Edition, The Elder Scrolls V: Skyrim Special Edition, Fallout 4, Fallout 76, and Prey will get the FPS boost treatment for players on Xbox Series S|X.

If you’re unaware, FPS Boost is a new current-gen feature of Xbox Series S|X consoles that will, well, boost the FPS of older-gen games, sometimes doubling or even quadrupling the FPS.

In the case of the five games listed above, the FPS will increase from around 30 to around 60, which should lead to much smoother-looking gameplay and movement.

However, there are two exceptions, namely in Fallout 4 and Fallout 76. Here’s how they are explained via Xbox:

In some instances, because there are higher graphics requirements to enable FPS Boost technology, we’ve had to reduce a game’s resolution to ensure it both runs smoothly and plays great. In those select cases, such as Fallout 4 and Fallout 76 in this latest title announcement, FPS Boost is not automatically enabled for Xbox Series X gamers. For all titles receiving this update, gamers will see a clear indicator if a title is running FPS Boost.

You can go into the “Manage Game” section of any Xbox Series S|X FPS boosted enhanced game, go to Compatibility Options and from there decide if you want to toggle the FPS Boost and/or Auto HDR on or off.

Xbox signed off by adding that they have more games that will support FPS Boost to announce in the weeks ahead.