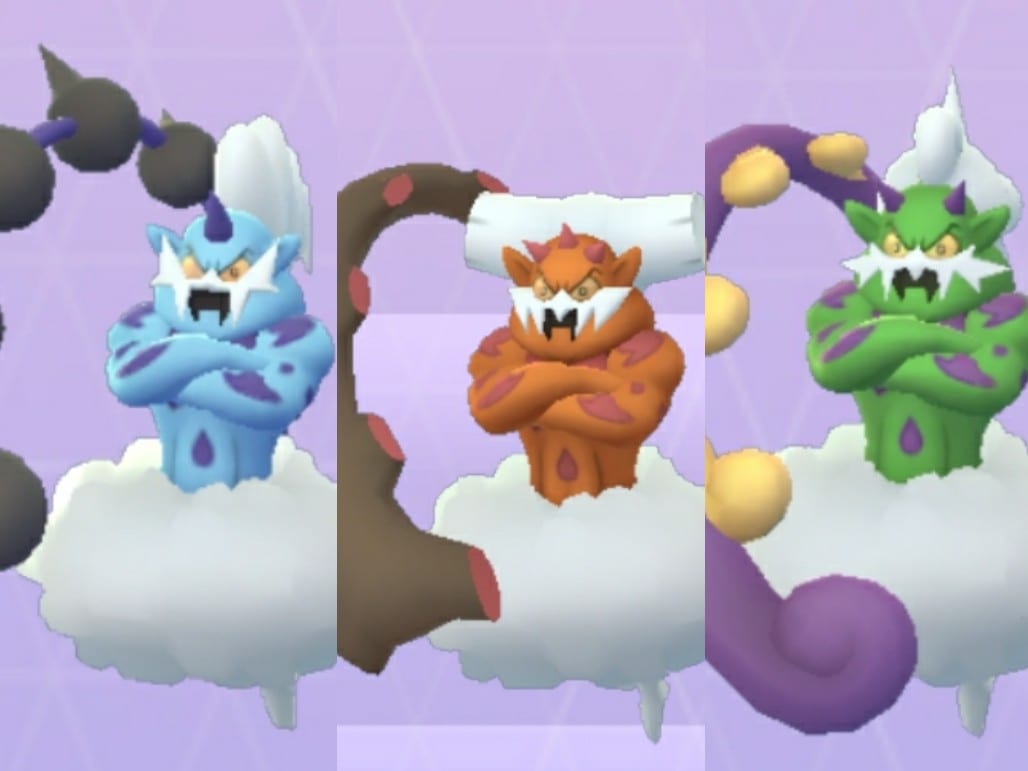 The Season of Legends Special Research just dropped in Pokemon GO a few days ago and that means it’s time to collect the “Forces of Nature” trio from the Kalos region. Here’s everything you need to know about how to get snapshots of Landorus, Thundurus, & Tornadus in Pokemon GO.

How to Get Snapshots of Landorus, Thundurus, & Tornadus in Pokemon GO

Once you obtain Landorus, Thundurus, and Tornadus, then you’ll be ready to go. However, the Season of Legends Special Research doesn’t just let you take pictures of all of these Pokemon at the same time. There are a few other tasks in between that you need to accomplish.

Then when the task appears to take a snapshot of one of these Legendaries all you need to do is go to your Pokemon storage and find them. Just use the search function so you don’t have to scroll through hundreds of ‘mons. Then tap on the one you need to snap.

In the upper right of this screen where you can power up your Pokemon, there’s a small camera icon. Tap that to enter the AR snapshot mode with that creature.

You’ll need to allow Pokemon GO to have access to your camera and then find a flat area. The game needs a flat open space for your Pokemon to stand on (or float above in this case). If you live in a small apartment, then you may need to step outside since Legendaries are fairly large.

Once you find a place where you can send out your Pokemon, yellow footsteps will start appearing on the ground. Tap them to send out your Landorus, Thundurus, or Tornadus. Then once you’re ready, tap the shutter icon at the bottom of the screen to snap a picture.

It’s a bit of a tedious process, but it’s probably one of the easiest tasks you’ll get in any Special Research line.

Here’s a quick summary of how to get snapshots of Landorus, Thundurus, & Tornadus in Pokemon GO:

That’s all there is to know about how to get snapshots of Landorus, Thundurus, & Tornadus in Pokemon GO. If you want to learn more about Pokemon GO, then check out some of the latest news about the Season of Legends and GO Battle League Season 7.