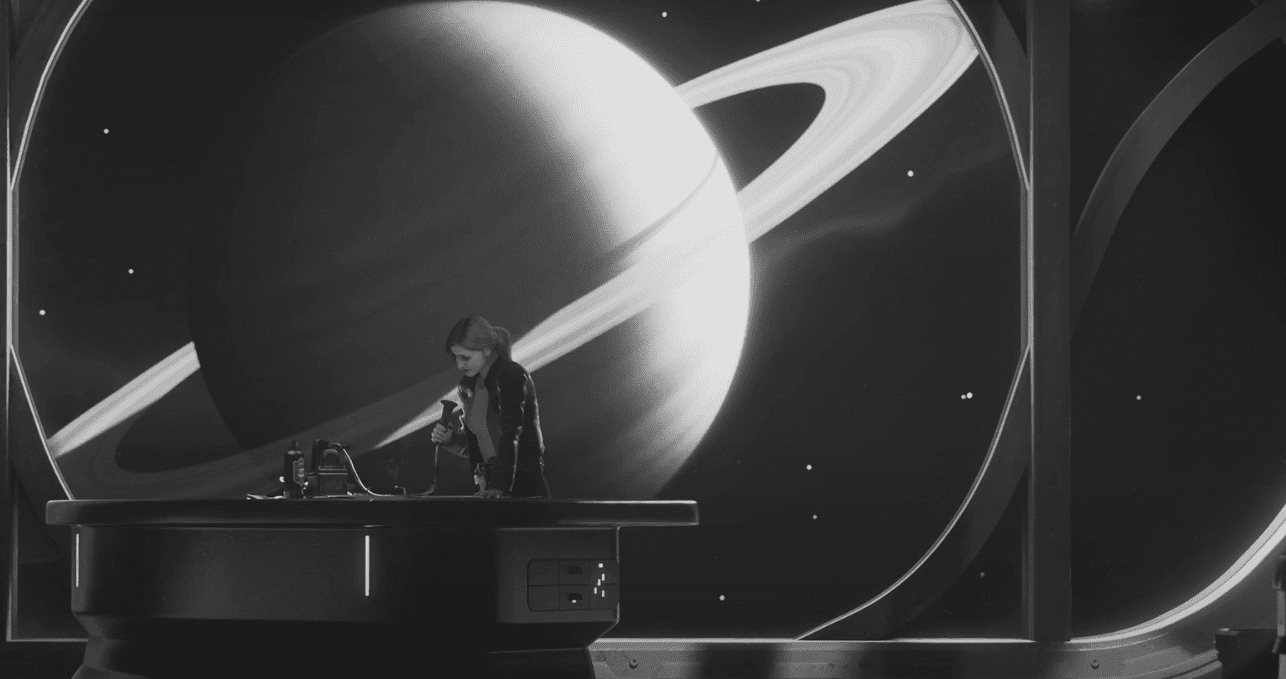 Obsidian Entertainment has dropped a boat-load of information on The Outer Worlds’ next DLC expansion Murder on Eridanos, not least of which being a firm release date.

The information came via a new trailer streamed through the developer’s official YouTube channel on Mar. 11. The trailer offers a glimpse at the DLC’s opening cinematic, and concludes with the reveal that the expasion is set to launch on Mar. 17.

As for what the trailer for The Outer Worlds’ Murder on Eridanos DLC shows, it’s pretty straight-forward: A woman monologues on the lengths she went to in order to stop some criminals who killed her allies, all while marketing one of the more prominent Vodka brands in the star system.

The monologue is cut short, however, when an unknown assailant barges into her room. The woman reacts with shock, and before it’s shown who it is, a news broadcast reveals that the woman has been murdered; and that she was none other than Halcyon Hellen, a prominent spokesperson for Rizzo’s Spectrum Vodka and face of the company.

It’s then revealed that a special investigation will be conducted in order to determine who will become the new spokesperson for Spectrum, and maybe to find out who murdered Hellen in the process.

In addition to the new trailer, Outer Worlds’ Murder on Eridanos DLC also received a detailed breakdown of what it will offer via an article posted to the official PlayStation Blog.

In the article, Obsidian Entertainment’s game director Megan Starks dives into everything from new tools the game will offer, including: A Discrepancy Amplifier, which helps players find clues and detect lies based on their Science skill; new weapons and armor to collect; and a slew of different options for how to solve or cover up the murder.

The full article can be viewed here.

The Outer Worlds’ Murder on Eridanos DLC is set to launch on Mar. 17 on PlayStation 4, Xbox One and PC. For more on all things The Outer Worlds, check out our coverage of one of the game’s most recent sales milestones.