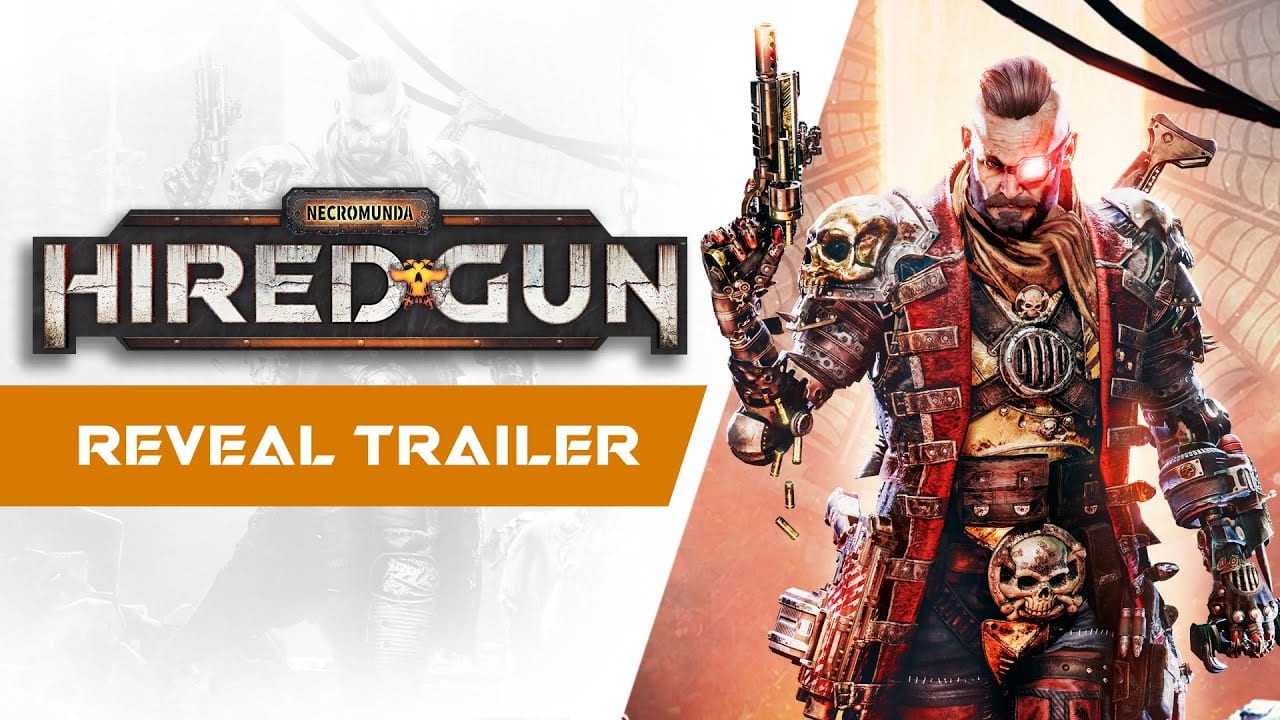 Finally, there’s going to be a Warhammer: 40,000 first-person shooter that’s not about Space Marines! Not only that, but boy does Necrumunda: Hired Gun look absolutely fantastic in its debut trailer today.

Developed by StreumOn Studio, the upcoming single-player experience, which is set for release on June 1 across PC and consoles, combines fast-paced shooting and traversal mechanics with the deep, compelling lore of the Warhammer: 40,000 universe.

In Necromunda: Hired Gun, you take on the role of a mercenary employed to assassinate various targets across the galaxy.

As you’ll see below, wall-running, double-jumping, and a slick-looking grappling hook are the order of the day when it comes to movement — all of which can be upgraded throughout the game.

Beyond your upgradable cybernetics and an arsenal of firepower, you’ll also have a cyber-mastiff by your side, a half-dog, half-robot, and ready to kill for you in exchange for treats.

According to the trailer’s YouTube description: “He warns you of enemies, can insta-kill them with a bite to the neck, and generally watches your back. In return, you can keep him hale and healthy with the best augments money can buy.”