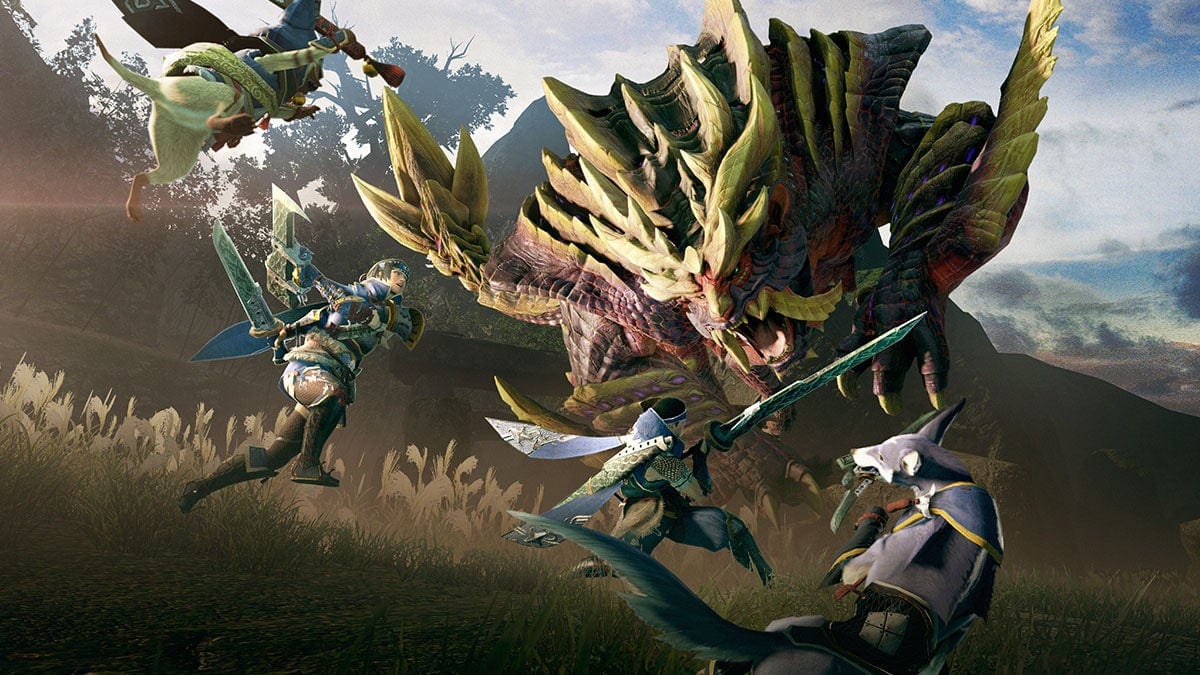 Monster Hunter Rise is the latest entry in Capcom’s popular action game series, and while it does introduce some new elements like the wirebugs and Palamutes, there’s a lot that stays the same as well, such as the ‘leveling’ system and Hunter Ranks (HR). Your HR determines what kinds of hunts you can go on, so it’s important to level that as much as you can. Here’s how to increase your Hunter Rank in Monster Hunter Rise.

Just like in past entries in the series, the more hunts you do, the quicker your Hunter Rank will go up.

The higher your HR is, the more hunts you’ll be able to take on, and they’ll increase in difficulty as well. However, only certain hunts will allow you to progress with your HR.

First off, it’s important to note that your Hunter Rank for Village and Hub quests are separate.

Village quests are meant solely to progress the story and can only be done in single-player mode, while Hub quests can be attempted solo or multiplayer.

This means that even if you’ve reached HR4 with Village quests, you’ll still need to do the level 1 Hub quests and level up your Hub HR, too.

The good news is that once you do enough Village quests, you can get a special quest or examination that will instantly raise your Hub Hunter Rank.

As for which quests to do, make sure to look for the key quests in your quest list when talking to Hinoa or Minoto. When speaking with either of the maidens, you’ll see a red symbol next to the quest name, which indicates that it’s a key quest.

Do enough of those, and your HR will go up, allowing you to unlock harder hunts. The number of key quests you need to complete will be indicated in the top right corner of your screen whenever you’re in Kamura Village, allowing you to keep track of your progress.

That’s all you need to know about how to increase your Hunter Rank in Monster Hunter Rise. Be sure to check our guide wiki for more tips and information on the game.