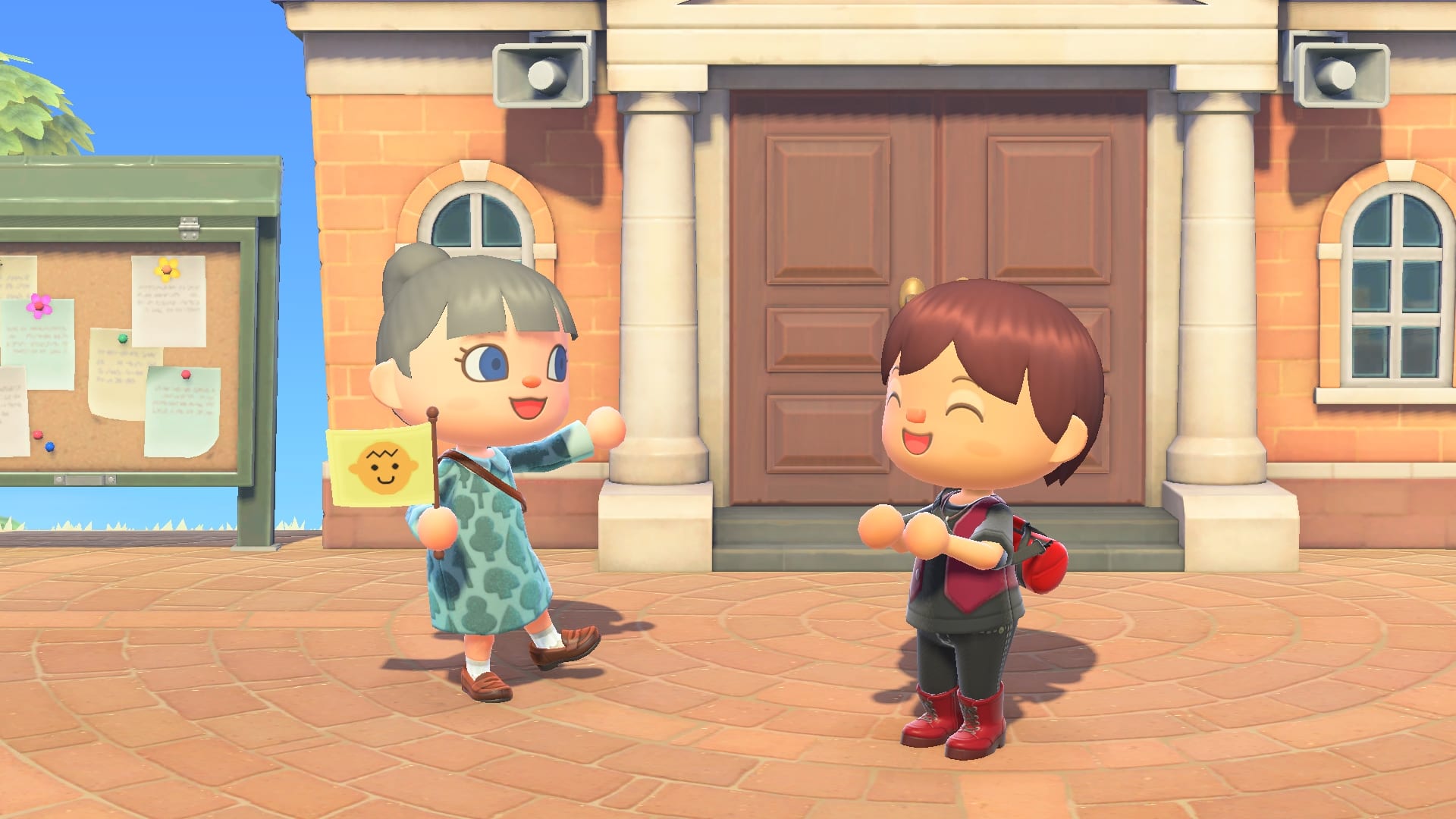 Exactly one year ago, as the world began to transition into lockdown, a game released that unified many, even if only for a short time. Animal Crossing: New Horizons launched at the perfect time, with so many people stuck inside, often alone, for months.

After those first few months, the mainstream popularity died down, but millions of players continued to pick up the game every single day. To get the full Animal Crossing experience, you need to play over the course of at least an entire year since the seasons and holidays change in real-time.

The past year has been filled with regular updates that added new content and events, and for the most part, fans have been pretty satisfied.

Now that it’s been a full year, events and holidays will begin to repeat themselves for the players who bought the game at launch, but Nintendo doesn’t seem to be finished with the updates.

Will we see any major, game-changing updates during year two of Animal Crossing: New Horizons? Or will all future updates bring small tweaks to the game? Only time will tell, but here’s what fans want the most during the game’s second year.

More Villagers on Our Islands

In New Horizons, a total of 10 villagers can move to your island and live there at one time. If you want another villager, you’ll have to wait for someone to ask to move out before a new one can move in.

The maximum number of villagers in the past two Animal Crossing games (New Leaf and City Folk) was 10, so it’s surprising that this number hasn’t been increased since then.

What’s even more surprising is that in the original Animal Crossing for GameCube, there could be 15 villagers living in your town at one time. If we could have 15 back then, what’s stopping it now?

Our islands are big enough to fit more houses, and with the recent addition of the Sanrio villagers, we want more spaces instead of having to say goodbye to the friends we’ve formed bonds with.

It would be even better if they added brand-new villagers to the game, but at this point, we’d rather get more spaces for the ones that can exist; after all, there are 399 villagers in total. We want to invite more of them to live with us!

As mentioned earlier, since Animal Crossing’s gameplay is in real time, you can experience the majority of what the game has to offer in one calendar year.

So far, for year two, Nintendo has announced some minor additions to the spring events. Bunny Day itself remains unchanged, but there will be brand new event-related items that you can buy in Nook’s Cranny.

We want to see more additions like this throughout the entire year. Sure, we could participate in the Halloween celebrations yet again, but we want something new to do the second time around.

Ideally, we’d love changes to the events themselves to make them more interesting. On a larger scale, it would be great to see new events that bring back more special characters that fans miss, like Brewster and Kapp’n.

Also, it would be nice to get more DIY recipes to complete instead of simply buying the new items.

Honestly, for as much as there is to do in Animal Crossing: New Horizons, the multiplayer aspect is pretty disappointing. Not only does it take a painfully long time to load and get a friend onto your island, but there’s also not a whole lot to do once you’re connected.

This is especially disappointing after remembering how much there was to do with friends in New Leaf. There were even island tour mini-games that you could play together, such as balloon popping, to earn medals.

In those first few months of New Horizons, I connected with my friends online several times to check out each other’s islands and trade items. But now that we’ve already visited and own most of the items we want, there’s not much of a point to connecting anymore.

It would be fantastic to get an update at some point this year that adds more ways to play with friends online, such as the addition of mini-games or multiplayer events. This would give me a reason to get back online in the game to play with my friends again.

We’re pretty sure this has been a criticism of the game since the first week, but it still hasn’t been addressed a year later. Why do we still have to craft one item at a time? It’s painfully slow.

Shopping in the Able Sisters store suffers from this same slowdown. It’s still set up so that you can only buy one piece of each clothing type at a time. If you want the same sweater in every color, or if you want both a sweater and a shirt, you have to keep exiting and entering the dressing room multiple times.

There’s no reason that these tasks should be limited to one action at a time. It takes so long that I’ve actually decided not to craft things or buy clothes at all because of the time it takes.

Nintendo just gave us more pattern slots, so we know they’re willing to do some of these quality-of-life changes. Bulk crafting and shopping seem like obvious changes that should have happened long ago. Hopefully, these things happen this year.

Longtime Animal Crossing fans often cite shop upgrades as one of their favorite features in the game.

It felt like such an accomplishment to see the Nookling shop go from a little mom-and-pop store to a towering emporium. In fact, there were five Nookling shop stages in New Leaf compared to New Horizon’s two.

There were many more shops to unlock and upgrade in previous games, so New Horizons seems a bit bare in this respect. The focus of the game may be different this time around, but longtime fans truly miss it.

Even if we can’t get new shops, it would get us playing a lot more this year if the existing shops were updated to allow for one or two more upgrade levels. Let’s have the option to turn Nook’s Cranny into an emporium again — one that sells more items each day.

There’s also the potential for the Able Sisters store to be upgraded. Perhaps this could lead to old special characters, like Gracie the fashion designer, returning to help manage an expanded section of the shop with higher-end items.

Shop upgrades would be a welcome update to the game because it would give us something new to work towards this year, and it would leave us feeling even more accomplished at the end.