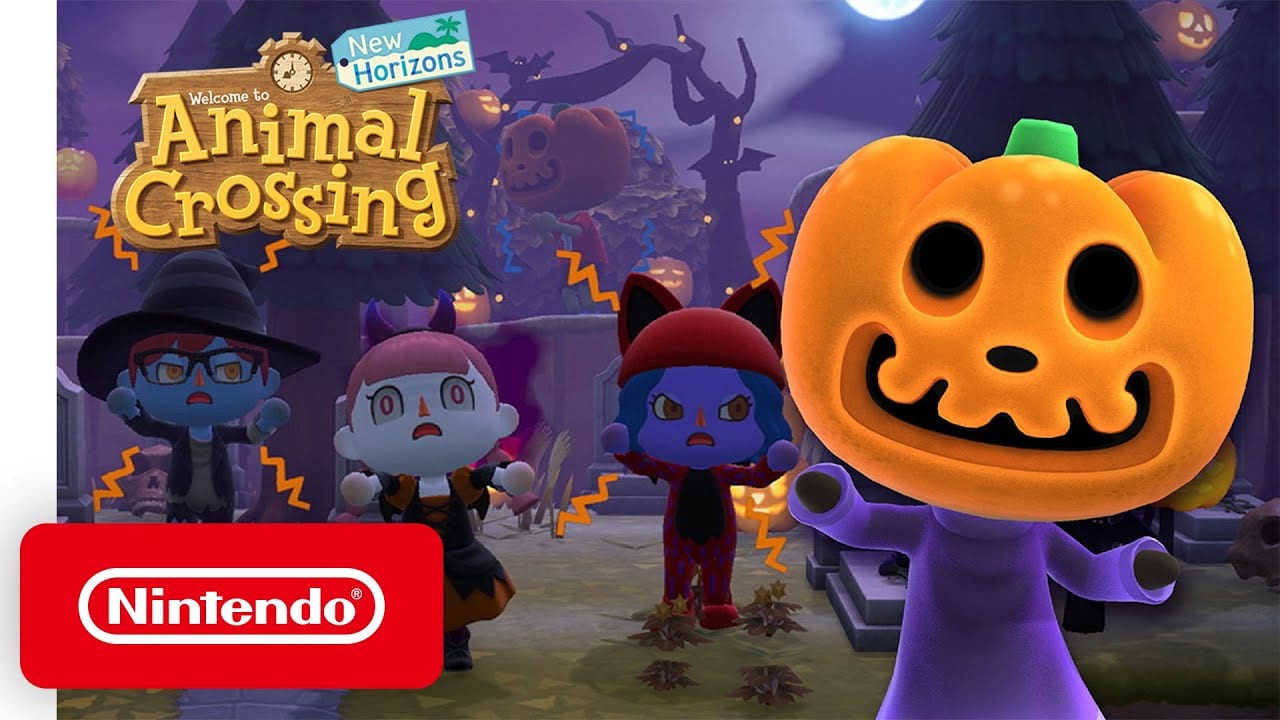 Nintendo has dropped the first part of the Fall Update trailer for Animal Crossing: New Horizons, and there’s a ton of new free content to look forward to in the coming weeks.

Starting on Oct. 1, you’ll be able to buy candy from the Nook’s Cranny store to prepare for Halloween. The candy will be located in the cabinet and will cost 120 Bells each.

For the first time ever, you’ll be able to grow pumpkins for DIY recipes. Growing and picking the pumpkins will allow you to use them as crafting materials to make spooky pumpkin and jack-o-lantern themed items, perfect for the Halloween season.

More costumes will become available in the Able Sisters clothing store, and face paint will be able to be used to decorate your face with a vibrant color like green or blue for Halloween.

Halloween night in Animal Crossing begins on Oct. 31 at 5 p.m. and lasts until midnight. This is when Jack the czar of Halloween appears in the plaza. You’ll be able to give out the candy you bought through the month to your villagers, receive presents, and see your villagers’ costumes.

That’s not all that the fall update trailer showed. In early October, the Nook Link phone app will be receiving an update to make it easier to perform reactions in the game by simply clicking the reaction on your phone. It will also add two brand new reactions called “Scare” and “Haunt.”

Finally, in the trailer, Nintendo teased the second part of the free fall update, which will become available in late November. Based on the images, it looks like it will cover Harvest Festival (Thanksgiving) and Toy Day (Christmas).

Which part of the update are you most excited for? You can watch the official Animal Crossing: New Horizons fall update trailer below.