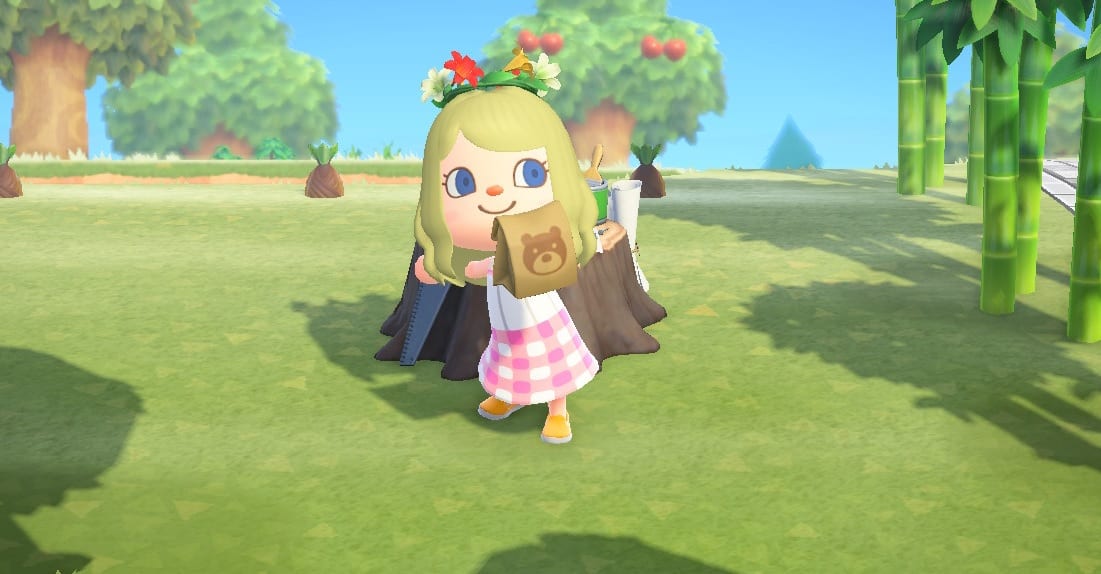 When it was revealed that one of the main mechanics in Animal Crossing New Horizons would be crafting, I was nervous. My mind immediately jumped to Pocket Camp, Nintendo’s mobile take on the series.

Pocket Camp had crafting, and it wasn’t pretty. You had to do tasks such as deliver some fish to a villager, and in return, they’d give you materials such as wood, which could be used to craft items like chairs. It wouldn’t have been so bad if there weren’t extended periods of real-time waiting involved.

If you crafted an item, you’d have to wait hours or even days before you received the item and only three items could be crafted at one time. Furthermore, you could only do so many fetch-tasks in a given period of time, so it was difficult to accumulate materials.

All of this made the game very limiting.

Needless to say, I wasn’t a fan of Pocket Camp’s introduction to crafting. With this concept in mind, my fear was that the crafting system in New Horizons would feel like a mobile game with drawn-out timers and daily limits. I didn’t want to be so close to crafting the perfect item only to have to put the game down and check back a few hours later.

Thankfully, after several days of playing New Horizons, that wasn’t the case at all. Crafting in New Horizons is not just a good mechanic⁠—it makes the game better as a whole.

When I played previous games in the series, such as New Leaf, I never found myself saying, “This game could use crafting to make it even more fun.” I was perfectly content with ordering items from the store or receiving them as gifts from my villagers. So why does it work so well in New Horizons?

First of all, crafting gives a sense of accomplishment that wasn’t achieved by simply buying items in one of the shops. As I walk around my island, I remember exactly when I made that bench and how long it took to find the right materials to craft that bookcase.

It feels so fulfilling to know that the majority of the items scattered around my island are a result of my labor. This makes the island feel so personalized because it’s filled with items I actually want, not just objects that randomly appeared in the shops one day.

Second, there is a great deal of collaboration with others as a result of the crafting system. This is a great motivation to connect with friends online.

For example, I got a DIY recipe for a lily crown, but my island only has hyacinths, so I couldn’t craft it at first. I found someone who had lilies, and we swapped flowers so I could have the right materials to craft the crown.

It’s a win-win situation for everyone and gave us a great excuse to check out the progress on each other’s islands. Someday I might have the materials that someone else needs for a DIY recipe, and we can connect and swap items.

This makes it feel as though every single piece of material has value, even if you can’t currently use it. There’s no such thing as junk because even trash items like tires have crafting value.

Finally, crafting keeps me playing the game longer. In previous games, I’d play for 20-30 minutes at a time: I’d say my regular hellos around town, check out the daily items for sale in the store, maybe catch some fish or bugs, and generally be done for the day.

In New Horizons, there’s always something to do, thanks to the crafting system. Even if I’m not actively crafting something, I can be gathering more materials in preparation for the next recipe I might find. Doing so even earns Nook Miles in the process, which kills two birds with one stone.

Speaking of recipes, another fear I originally had was that they might be difficult to obtain. However, it’s quite the opposite. Recipes are obtained at the perfect pace; they’re not frustratingly rare, and I also don’t feel overwhelmed with a ton of recipes unable to be used.

They’re obtained in a few ways, such as messages in bottles, gifts from villagers, and the natural progression of the game. It’s a perfect mix of early-game recipes that everyone wants (such as the ones needed for beds and chairs) and random recipes for items that allow me to brag to my friends.

Sure, the crafting system isn’t perfect. I wish I could craft multiples of an item at once or use materials in my house’s storage instead of my inventory. These are small inconveniences though.

But ultimately, Animal Crossing is a better game with crafting in it. The sense of accomplishment, collaboration with friends, and the longevity it brings to play sessions make it one of the greatest mechanics introduced to the series.