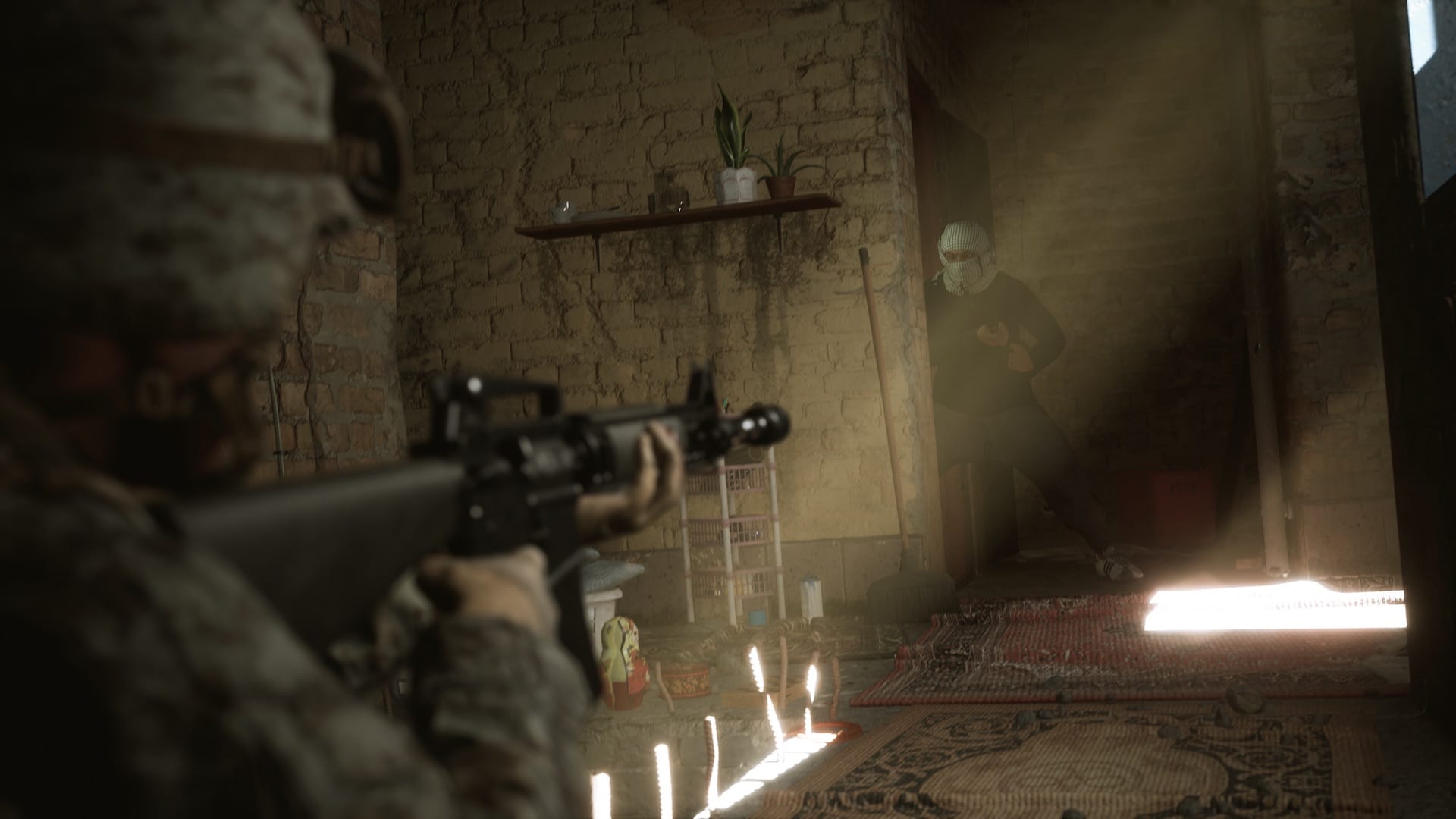 Six Days in Fallujah, a first-person tactical military shooter set near the beginning of the Iraq War, will be coming to PC and consoles in 2021.

The game was originally a third-person shooter announced in 2009 by Breach developer Atomic Games for PC, PlayStation 3, and Xbox 360. Publisher Konami shortly dropped the title after negative backlash internationally.

The revived, “all-new” Six Days in Fallujah will be developed by Highwire Games, headed by ex-Halo staff Jaime Griesemer, Marty O’Donnell, and Airtight Games co-founder Jared Noftle alongside other Halo staff. The publisher is Victura, led by Peter Tamte who was executive vice-president of Bungie during the development and launch of Halo.

“It’s hard to understand what combat is actually like through fake people doing fake things in fake places,” said Victura CEO Peter Tamte in the press release. “This generation showed sacrifice and courage in Iraq as remarkable as any in history. And now they’re offering the rest of us a new way to understand one of the most important events of our century. It’s time to challenge outdated stereotypes about what video games can be.”

The game will take place over the course of six days during the Second Battle for Fallujah in November 2004, where U.S. Marines fought against Iraqi insurgents to take control of the city. It was one of the bloodiest battles in the Iraq War with Coalition forces suffering 107 killed and 613 wounded, U.S. forces with 95 killed and 560 wounded, and Iraqi civilian deaths estimated around 800 during the conflict.

According to the press release, the studios worked together with more than 100 Marines, soldiers, and Iraqi civilians to share their personal stories, photographs, and video recordings for over three years.

“Sometimes the only way to understand what’s true is to experience reality for yourself,” says former Marine Sergeant Eddie Garcia, who was wounded during the Battle for Fallujah and proposed the original idea for Six Days in Fallujah in 2005.

“War is filled with uncertainty and tough choices that can’t be understood by watching someone on a TV or movie screen make these choices for you,” Garcia said. “Video games can help all of us understand real-world events in ways other media can’t.”