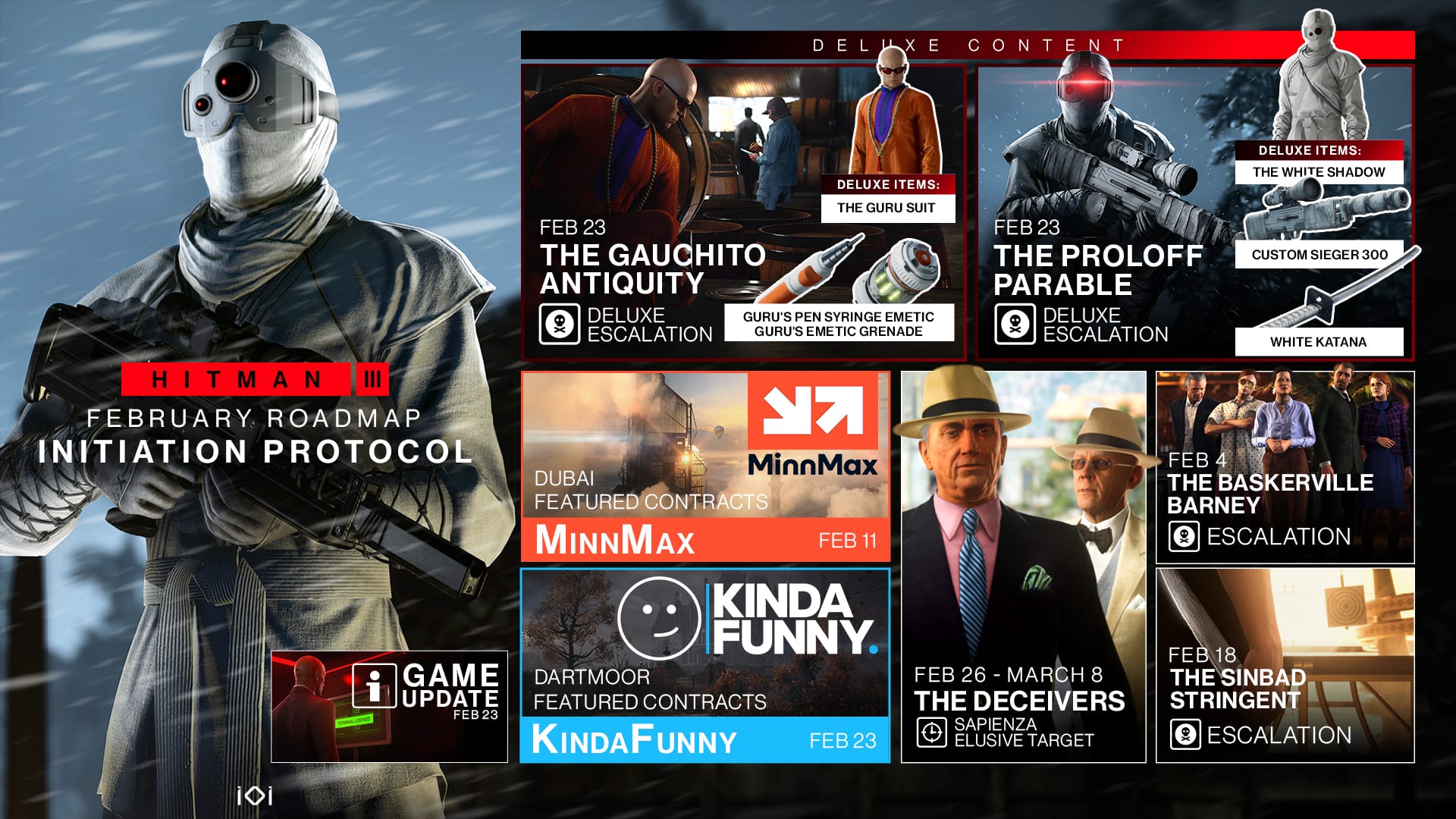 Now that Hitman 3 has been out for a couple of weeks, IO Interactive has detailed the new content that’ll be coming to the game throughout February.

Known as The Initiation Protocol, the February roadmap features challenging variations on the game’s existing levels.

For owners of the Deluxe Edition of Hitman 3, Feb. 23 will see the arrival of two Deluxe Escalation missions called The Gauchito Antiquity and The Proloff Parable.

The former sees you head to Mendoza to try and take out your targets with emetic poison and the latter sees you had to the Carpathian Mountains to take out the train’s crew with the Sieger 300 sniper rifle and The White Shadow outfit.

In addition, all players will get access to two other Escalation Contracts. The Baskerville Barney tasks you with taking out the whole Carlisle family with accidental kills and The Sinbad Stringent sends you to Dubai to kill… as many boxes as you can find.

A new Elusive Targets mission will also come to Sapienza, the Hitman 1 location, at the end of February. It asks you to take out The Deceivers, who are roaming the exotic town.

Finally, a load of featured contracts will come courtesy of MinnMax (Feb. 11) and Kinda Funny (Feb. 23), set in Dubai and Dartmoor respectively, so expect some crazy situations. As far as we know, you won’t be able to kill Greg Miller though. You can check out the trailer that showcases the Hitman 3 February roadmap down below.

Also, IO had the following to say about what will change in Hitman 3 beyond new content:

“As well as all of this new content, we’re planning a patch in a few weeks that will bring fixes and tweaks to the game. We’ll give you a full rundown of what’s included and what’s changing closer to that time. That patch will also make sure you’re prepared for what’s still to come… The Initiation Protocol has started.”

The new update will come to Hitman 3 on Feb. 23, with February’s first piece of content releasing on Feb. 4.