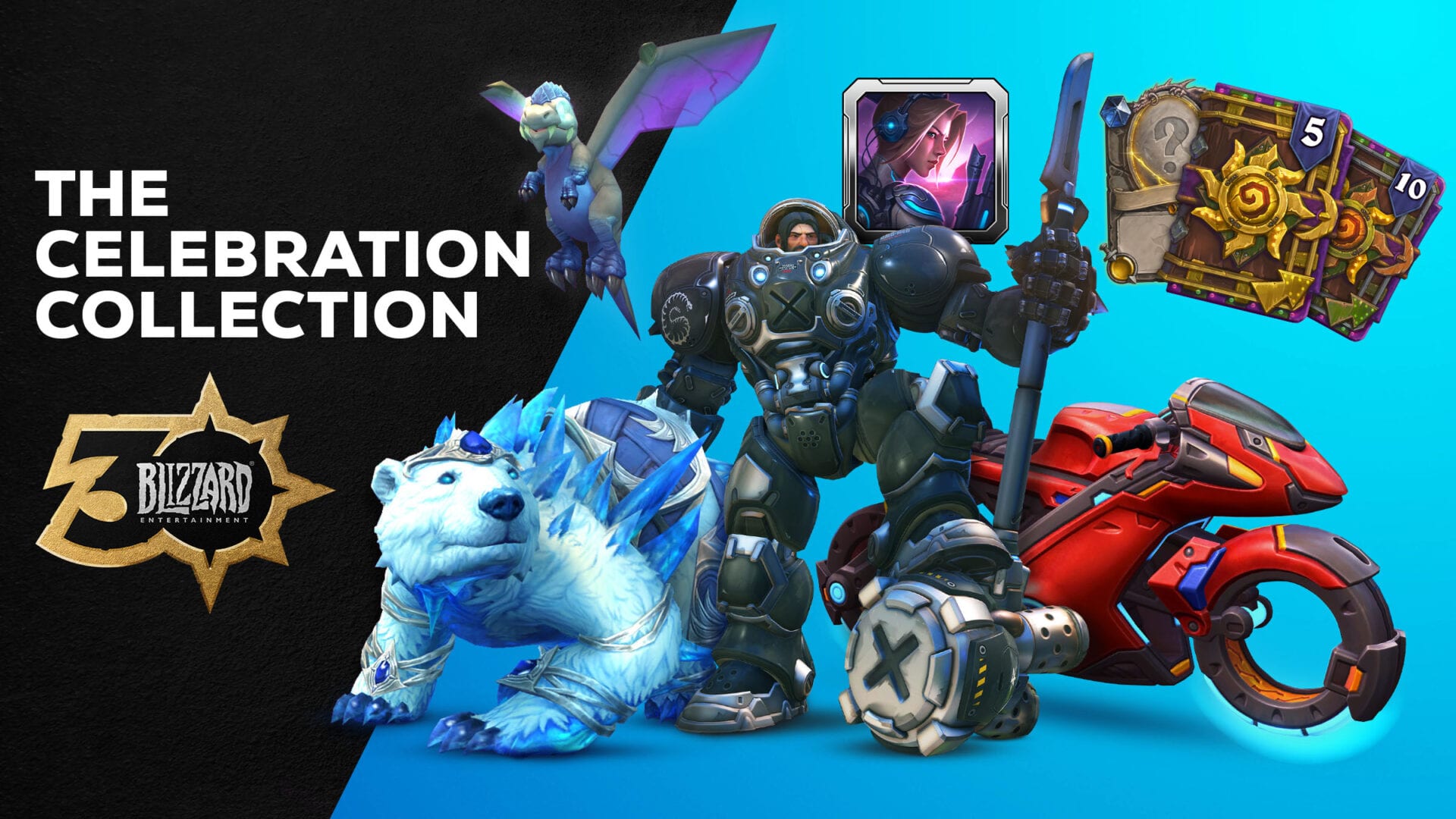 Blizzard Entertainment is celebrating 30 years in business this month by offering three packs of in-game downloadable content across the studio’s various titles.

The first of the “Celebration Collection” is the Essential Pack that contains a World of Warcraft Moon-Touched Netherwhelp pet, Tracer’s OSV-03 Rogue mount with Tracer Hero for Heroes of the Storm, 30th Anniversary Overwatch Player Icon and Spray, five Overwatch loot boxes, 10 Madness at the Darkmoon Faire card packs for Hearthstone, a set of 30th Anniversary Portraits for StarCraft II and StarCraft: Remastered, portrait and pet for Diablo III, and a 15% off coupon for a purchase at the Blizzard Gear Store for $19.99.

The Heroic Pack contains all in the Essentials Pack alongside a World of Warcraft Snowstorm mount, the “Raynhardt” legendary skin for Overwatch, a random Madness at the Darkmoon Faire Legendary card in Hearthstone, and Diablo III wings for $39.99.

The company will be holding its BlizzConline online-only event on Feb. 19-20. The entire event will be free to watch and does not require a virtual ticket or purchasing one of these bundles.