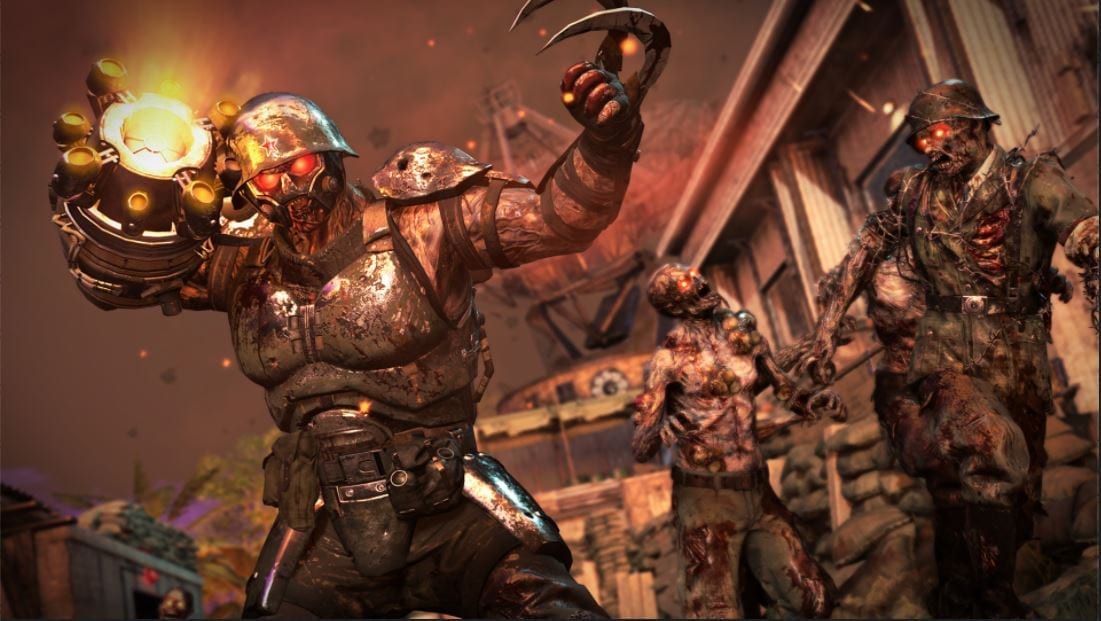 Black Ops Cold War‘s brand new Zombies map, Firebase Z, is finally out now and features all the secrets and undead murdering action you’d expect from the mode, but on a larger scale than ever. And of course, there’s a new wonder weapon for you to get your hands on. So that you can use it to blast away the monsters chasing you, here’s everything you need to know about how to get the wonder weapon (Rai K-84) in Black Ops Cold War Zombies Firebase Z.

Known in-game as the Rai K-84, Firebase Z’s wonder weapon is an immensely powerful laser rifle that shoots pink bolts of energy at unsuspecting enemies. With it in your hands, you’re going to be almost unstoppable.

Unlike the wonder weapon in Black Ops Cold War’s default map and previous Zombies iterations, the Rai K-84 is actually easier to get, provided you’re willing to part with some in-game money.

The first and easiest way to get your hands on the Wonder Weapon in Firebase Z is to try your luck with one of the level’s random mystery boxes.

Costing $950 dollars a time, it spins all of the weapons available in the mode and gives you one. If you’re lucky, it could be the Rai K-84, it could be a useless pistol, or anything else in-between.

Alternatively, you’ll be able to get the Wonder Weapon in Firebase Z for free and have a 100% chance of using it by completing the Easter egg challenges for it. However, they’re not live quite yet, with the requirements simply being guessed (albeit educated) by Zombies fans.

You’ll first need to find the Blueprint for the weapon, which is on the board in the Weapons Lab. Once you’ve got it, you’ll be able to start going about getting the parts needed to put it together. Thankfully, now that the Firebase Z Easter Egg has been solved, people know all the steps, which we’ll get into down below.

How to Get the Aetherium Converter

First things first, you’ll need to get the Kuhlklay’s Eye. From the Weapons Lab, follow the purple arrows past the burning car towards the Scorched Defense area. Go up some steps and down some more until you’re going down a slope surrounded by palm trees. You’ll spot a tank with a zombie next to it, so grab its eye.

Then, in the Weapons Lab, use the Retinal Scanner in the computer with the eye you just collected to open a drawer. Grab the key, head to Barracks 2 to open the locker there, and grab Kuhlklay’s Diary. There’s something else you’ll want to do while grabbing the diary though.

The computer you scan the eye on will show a chart (looks like a dartboard) and you need to memorize the sequence that the sections light up.

Then, head back to the pack-a-punch machine and look for the same chart on the left side of it. You now need to shoot the segments in the same order that they appeared back at the computer and then hit the bullseye of submitting what is essentially a passcode. Do it all correctly and you’ll be given the Aetherium Converter from behind the board.

Following on from grabbing the diary and opening the lockers, a Mimic enemy will spawn. Kill the Mimic as quickly as you can and grab the Barrel Assembly that’ll drop.

To get the final piece, you’ll need to get to rounds 16-20 and kill a Mangler when it appears.

Finally, to get the wonder weapon, head back to the Weapons Lab and start charging the Power Cell. Get through one full round and it’ll be ready to go. Go to the workbench to create it and you’ll be ready to start blasting zombies away.

That’s everything you need to know about how to get the wonder weapon (Rai K-84) in Black Ops Cold War Zombies Firebase Z. For more tips and tricks on the game, be sure to check out our wiki guide or search for Twinfinite.