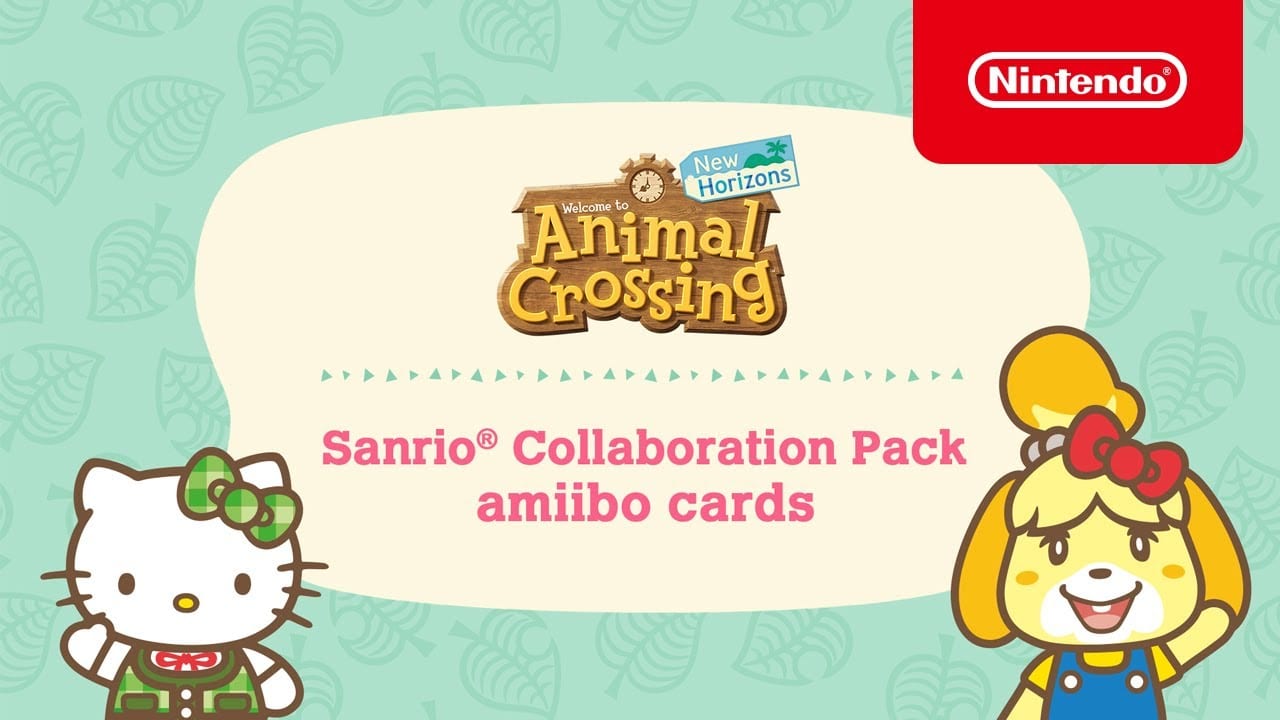 Animal Crossing: New Horizons will be getting Hello Kitty and themed items of other Sanrio characters in March, Nintendo showed off today.

The company released a trailer showing off some of the new residents, furniture, and clothes that can be obtained through scanning Amiibo cards.

“From Hello Kitty, My Melody, to Keroppi, get ready to discover new residents, styles and items inspired by adorable Sanrio friends!” Nintendo tweeted.

The Sanrio Collaboration Pack, announced last January, includes six cards with different themes and residents: Chelsea, Chai, Etoile, Marty, Rilla, and Toby. The pack contains all six cards for $5.99, and will be sold in the United States exclusively at Target starting on March 26.

In the meantime, players will be able to obtain Super Mario themed items such as clothes, super mushrooms, and usable warp pipes beginning on March 1 after updating the game to the latest version.