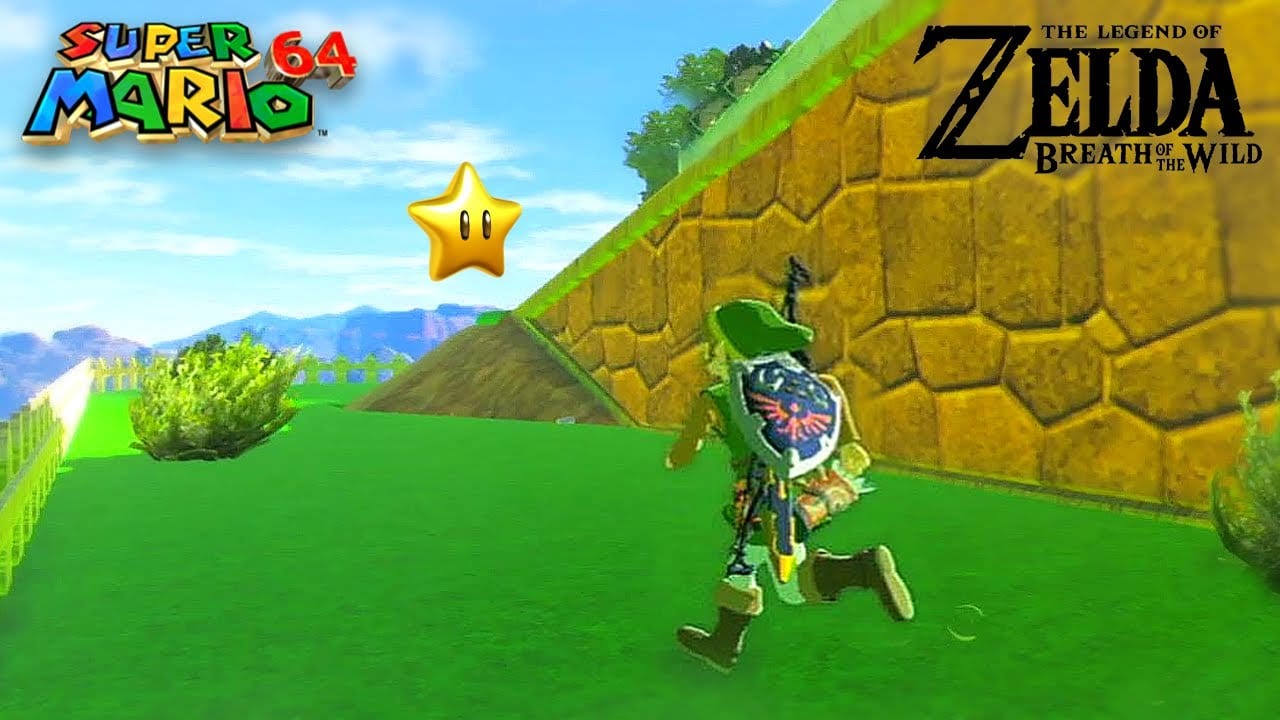 An 18-minute video on Kurko Mod’s YouTube channel shows off his creation. It uses the assets of Breath of the Wild, and the levels are designed to look exactly like those in Super Mario 64.

The level shown off in the video is a recreation of Whomp’s Fortress with moving platforms and sloped ramps. There are enemies from Breath of the Wild right where you’d expect enemies in the Mario level to be.

There are even Power Stars to collect, which bring up the same box that appears in Breath of the Wild when Link obtains a new item.

At the top of the fortress, instead of Whomp waiting to fight Mario, there’s a Stone Talus called “Whomp’s Younger Brother” for Link to fight. The resemblance to Whomp is uncanny!

There are many surprises in the video that fans of Super Mario 64 and Breath of the Wild will adore, so I won’t spoil them all here. You can watch the full video below.

This isn’t the first mod that Waikuteru has made that caught our attention. He’s also responsible for a cozy Breath of the Wild house mod.

It’s also not the first gaming crossover mod that Kurko has featured on his channel. For example, just last year he posted a mod of Ocarina of Time in the world of Banjo Kazooie, which you can watch right here.

Below is the full video for the Super Mario 64 in Breath of the Wild mod for you to watch and enjoy.