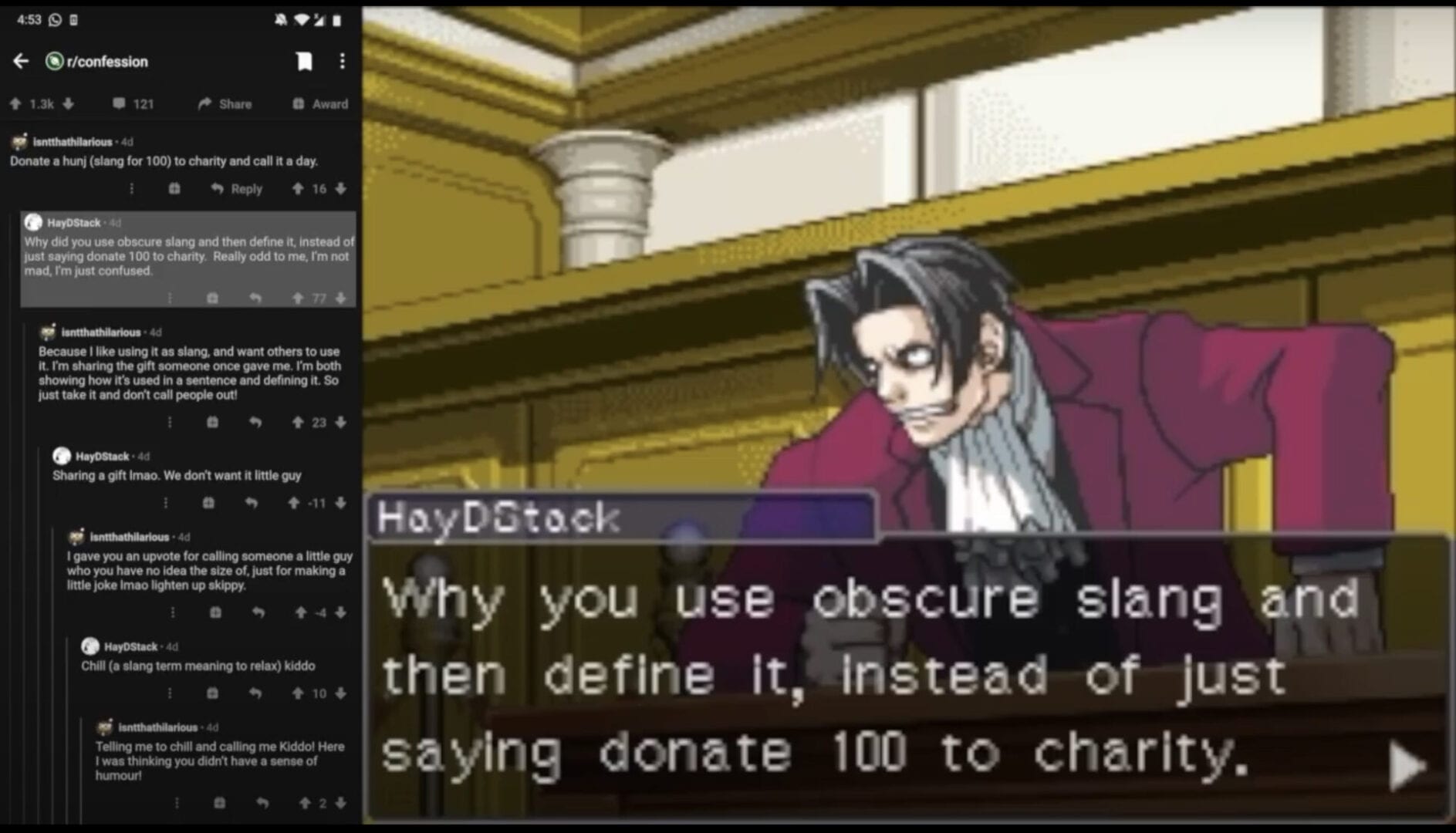 If you’ve ever spent any amount of time on Reddit, you’ll undoubtedly have come across at least some sort of argument or two between passionate commenters. These are sometimes fun to read, other times, not so much. But if you wanna have a good time reading lengthy arguments, this new bot from Micah Price turns them into Ace Attorney style debates, and it looks awesome.

Speaking with Mashable, Price said that he was a fan of Ace Attorney and was inspired by other meme videos he saw on YouTube. To activate the bot, you’ll simply have to add the command !objectionbot in a Reddit thread, which will allow the bot to scan the thread and automatically convert it into an Ace Attorney debate.

The bot only works with a selection of Reddit threads at the moment, but it does keep track of which comments have a negative score, and which ones have been rated more highly, and plug that into the video. The project was created with Python and is currently open source, so it may very well get developed and expanded upon even further going forward.