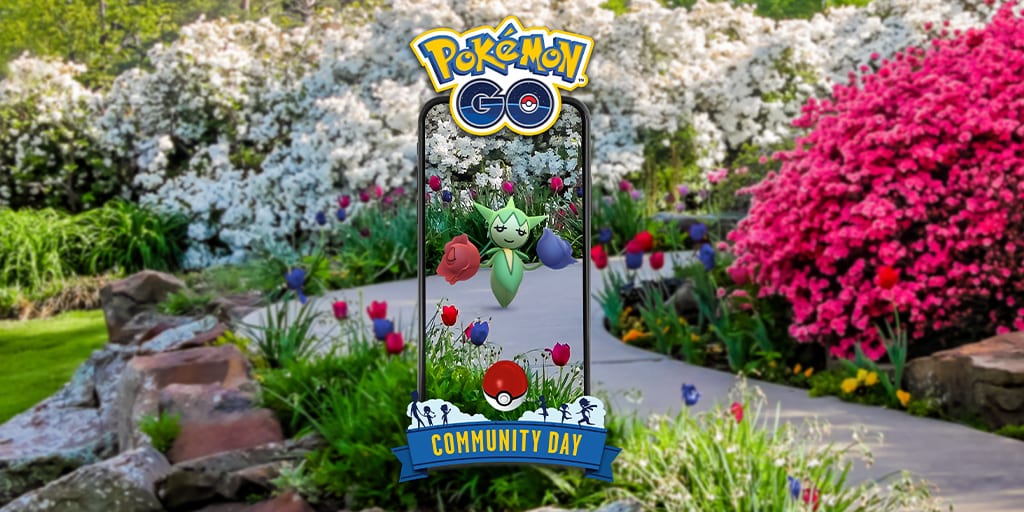 Earlier today, Niantic revealed the featured Pokemon for the February Community Day will be the Grass/Poison-type Roselia. This is the first time since April of last year that a Pokemon from the Hoenn region (Seedot) will be featured on Community Day.

On Feb. 7 from 11 AM to 5 PM local time, Roselia will be appearing more often in the wild along with its shiny variant. Unlike other Community Day events, this will not be the debut of the featured Pokemon’s shiny version.

Also unlike most other Community Day events, this is the first time that the fully evolved form of the featured Pokemon will learn two event-exclusive moves. When you evolve Roselia into Roserade, it will learn the Fast Attack Bullet Seed and the Fire-type Weather Ball as a Charged Attack.

It’s hard to tell exactly what this will do for Roserade in the GO Battle League, but PvPoke simulations seem to show that it’ll stand a chance against three major players in the Ultra League. Swampert, Escavalier, and Melmetal will all now lose to Roserade with the new attacks. The one exception is against Escavalier when both Pokemon have no shields. But Roserade still just barely loses that matchup.

But if you just want to collect Pokemon, then you’ll also be able to find Roselia photobombing pictures of your Pokemon. And the baby form of Roselia, Budew, will be hatching from 2 km Eggs during Community Day.

There will also be a 1/4 hatch distance bonus during the event that should help players hatch a massive number of Budew.

And as has become the standard for Community Day, there will also be a paid Special Research for $1 and a free Timed Research. However, if you purchase a ticket for Pokemon GO Tour: Kanto before Feb. 3 at 11:59 PM PT, then you’ll get the Special Research ticket for free.

If you’re a little low on items, then you can pick up the Roselia Community Day Box on the day of the event for 1280 PokeCoins. This comes out to about $13 for Pokemon GO players in the US.

You can check out the official release about Roselia being featured in February Community Day from the Pokemon GO Team right here.