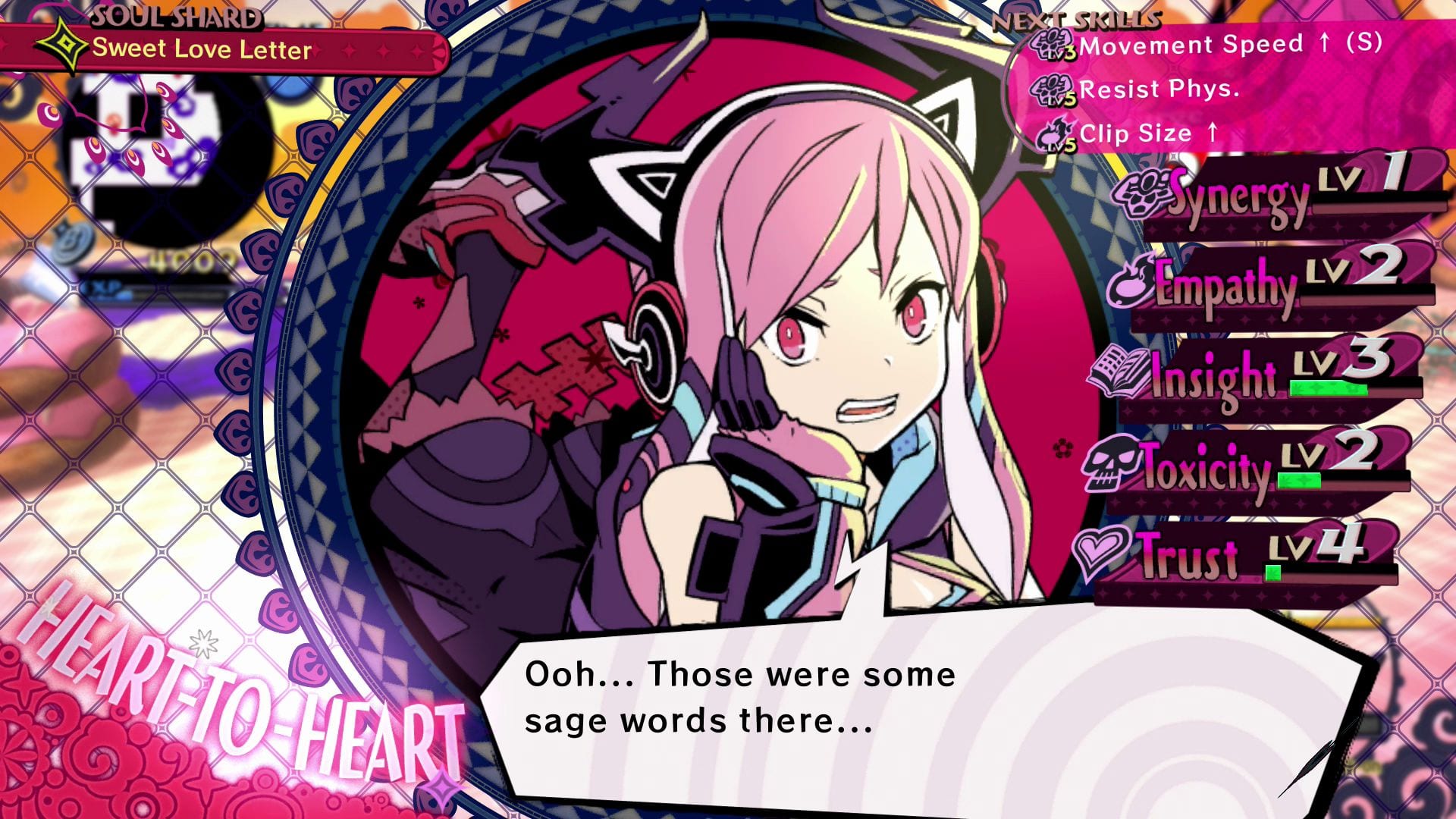 The trailer focuses on gameplay, and shows how you can alternate control of your body in order to purify hell.

Here’s how NIS America itself describes the game:

“The player character and Poisonette, two souls within a single body, take turns controlling the body to purify Belle’s Hells by encircling poison mires, shooting poison bullets at enemies, and earning stickers upon successful purges to receive passage to Heaven. Getting close to Poisonette through bonding moments may even change the outcome of the story.”

The story is about a boy who gets lost in Hell, which is created by strong emotions and desire of humans both living and dead, called delusions.

He has lost his body and merged with a local creature named “Poisonette.” In order to return to the real world, he has to purify hell.

Poison Control releases for PS4 and Nintendo Switch on April 13, 2021 in North America, April 16 in Europe, and April 20 in Oceania.

If you’d like to see more, you can check out the first trailer and screenshots, another batch of images, and another trailer showing gameplay, one focusing on the cast and artwork, and the previous English promotional video.