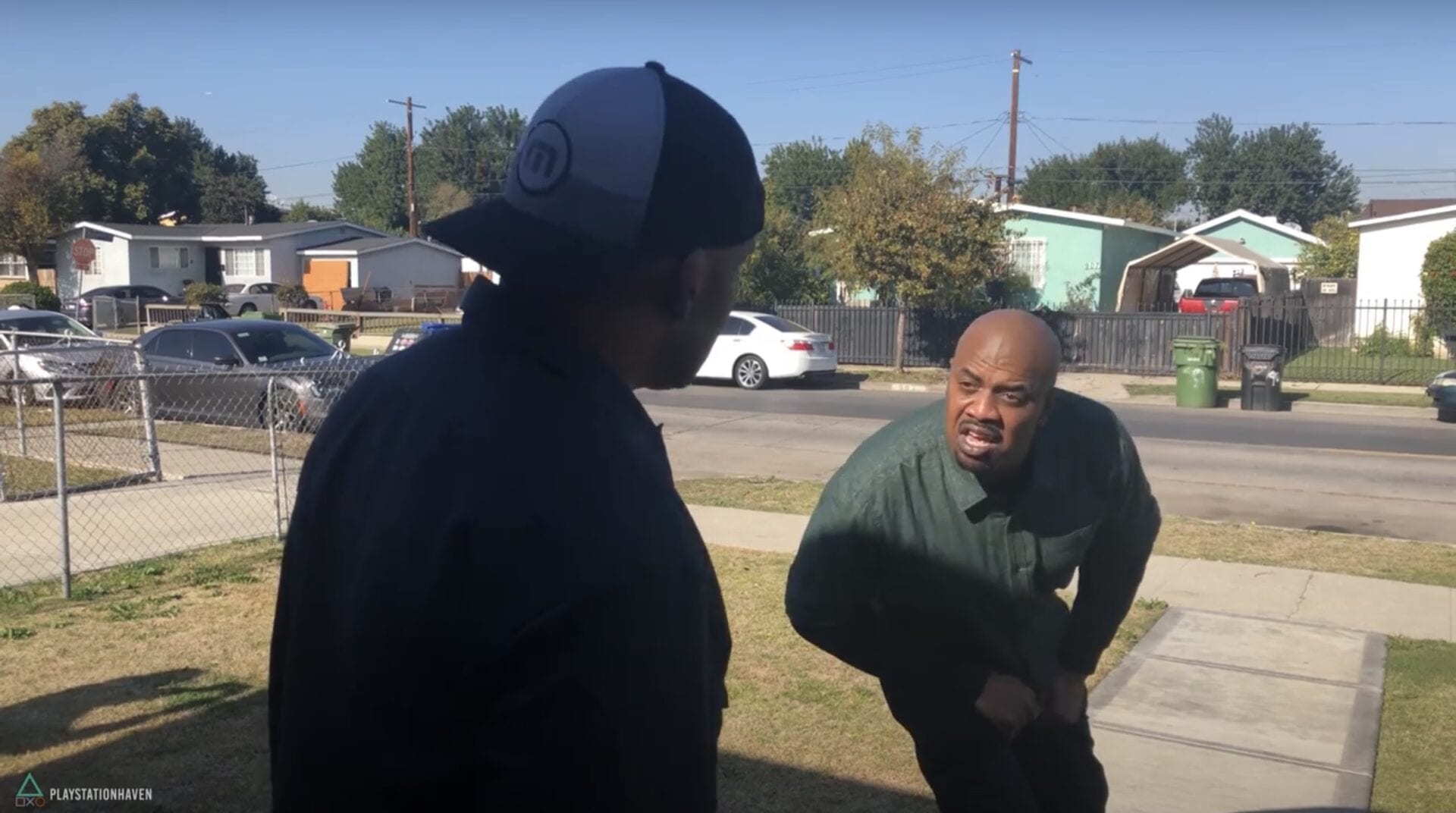 GTA V has been around for years at this point, and it looks like it’ll continue to stick around for a bit more, especially as the game is about to receive new life and updates with the PS5 and Xbox Series X/S versions. One of the best and most meme-worthy parts of the game occurs early on, when Lamar insults Franklin before walking off.

The entire scene is hilarious from start to finish, from the lyrical way Lamar throws out his insults, to Franklin going, “What?” at the end, raising his arms indignantly. The scene has been recreated multiple times with iconic characters like Spongebob, but we might have hit peak meme this time.

GTA V actors Slink Johnson and Shawn Fonteno reprise their roles as Lamar and Franklin, and completely reenact the scene in its entirety. It’s incredibly accurate to the in-game scene as well, from the way Lamar looks off in the wrong direction at the end of one shot, and is immediately back to facing Franklin in the next cut, all within one sentence.

GTA V was a fantastic open-world game, and continues to be incredibly fun to play even today. It’s now available on PC and consoles.