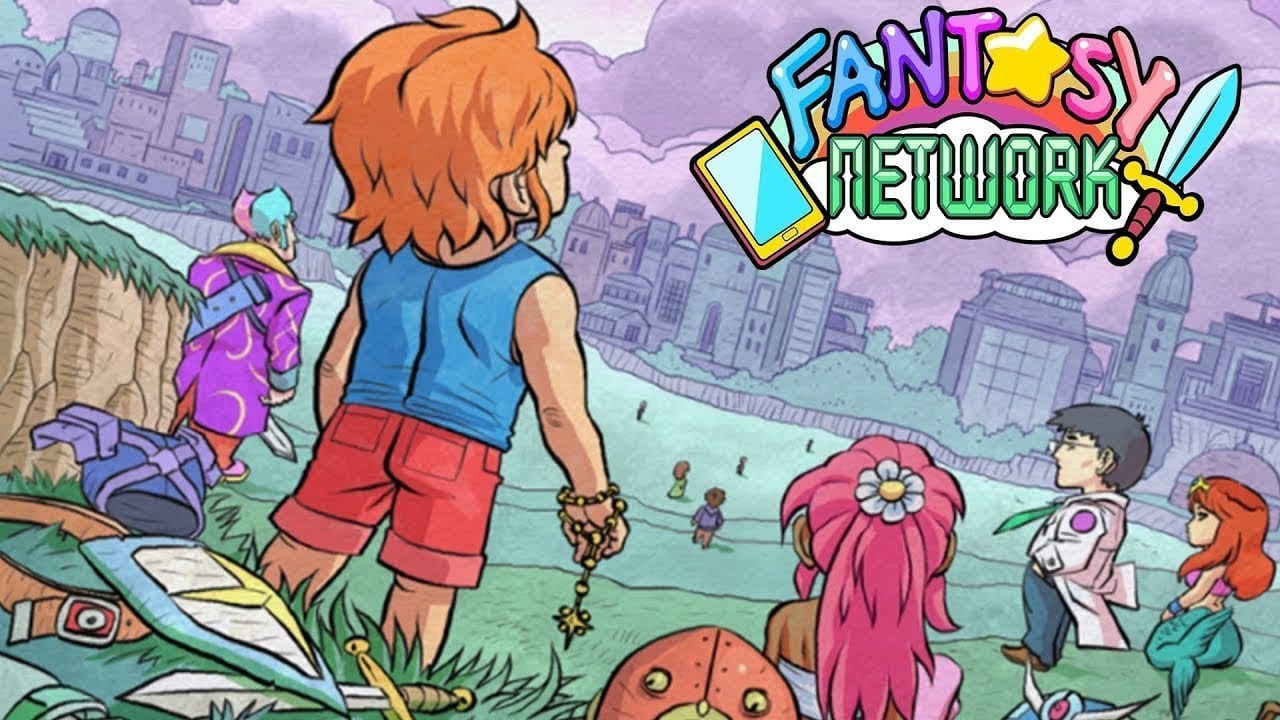 The game’s very first trailer teases its unusual premise, which looks both interesting from a design perspective but also as a catalyst to deliver some interesting social commentary. Studio owner and lead developer Paolo Cattaneo explains:

“I’ve been a game developer for 20 years and dreamed about making Fantasy Network from the beginning. I left my job as a software developer to make this dream a reality, creating a whimsical game which offers my thoughts on the media-centric world we live in.”

In Fantasy Network, players battle monsters across an eye-catching open-world either side of gossiping with locals and piecing together a story which ultimately hides themes darker than its vibrant aesthetic would at first lead you to believe.

Key features beyond the scope of its main story include character customization, a myriad of side quests, and the option to hang out and play mini-games in Holua’s local arcade.

A Kickstarter campaign is planned for the first quarter of 2021 to help fund the last stage of development and the porting of the PC version to consoles.

Raven Travel Studios was founded in November 2011 by italian artists who worked in the software development industry for over a decade. Studio’s works are inspired by the early 80’s – the golden age of the arcade games.