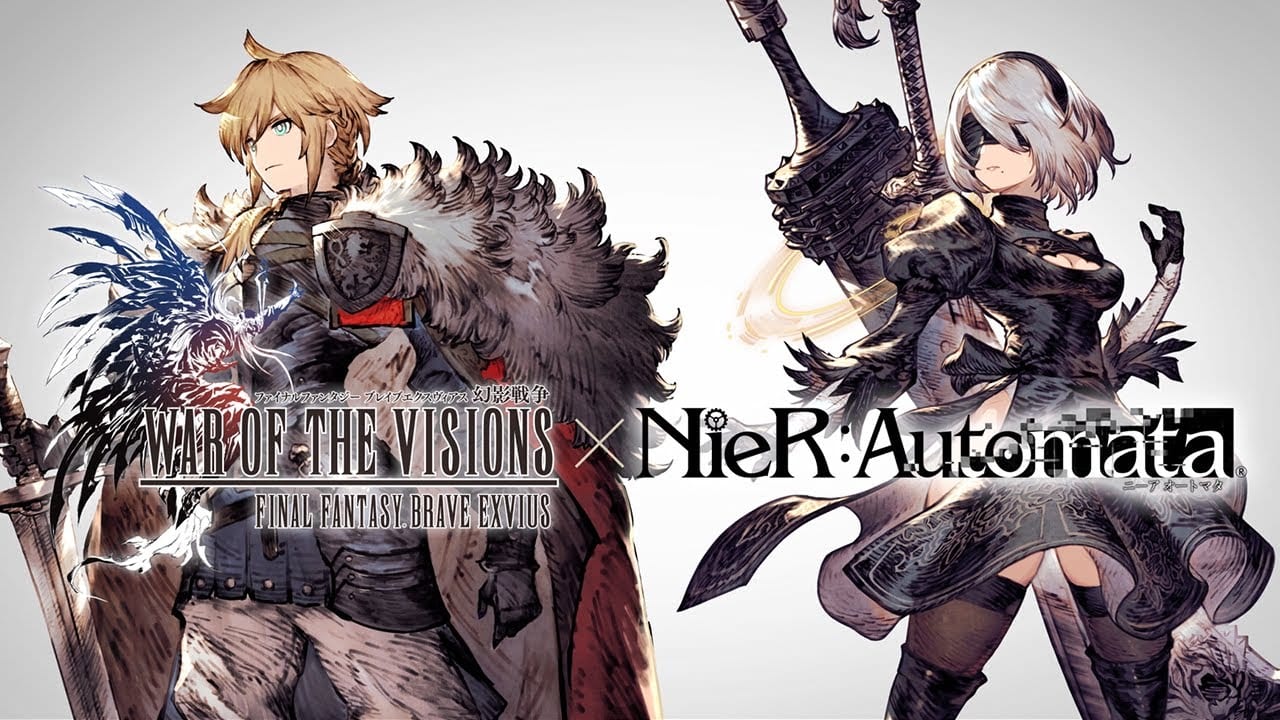 Crossovers are always a relevant way for free-to-play games to draw in players (and their money) and War of the Visions: Final Fantasy Brave Exvius is no exception.

During a livestream hosted today from Japan, Square Enix announced a collaboration with the popular JRPG NieR: Automata.

The crossover will start on December 23 in Japan, and will bring 2B and 9S as ultra-rare characters.

The event will end on January 5 and will also feature Adam and Eve as bosses.

At the moment, the event has been announced only for Japan, considering that the western servers are a bit behind in content. At the moment, we don’t know when it’ll come west, but it likely will at some point.