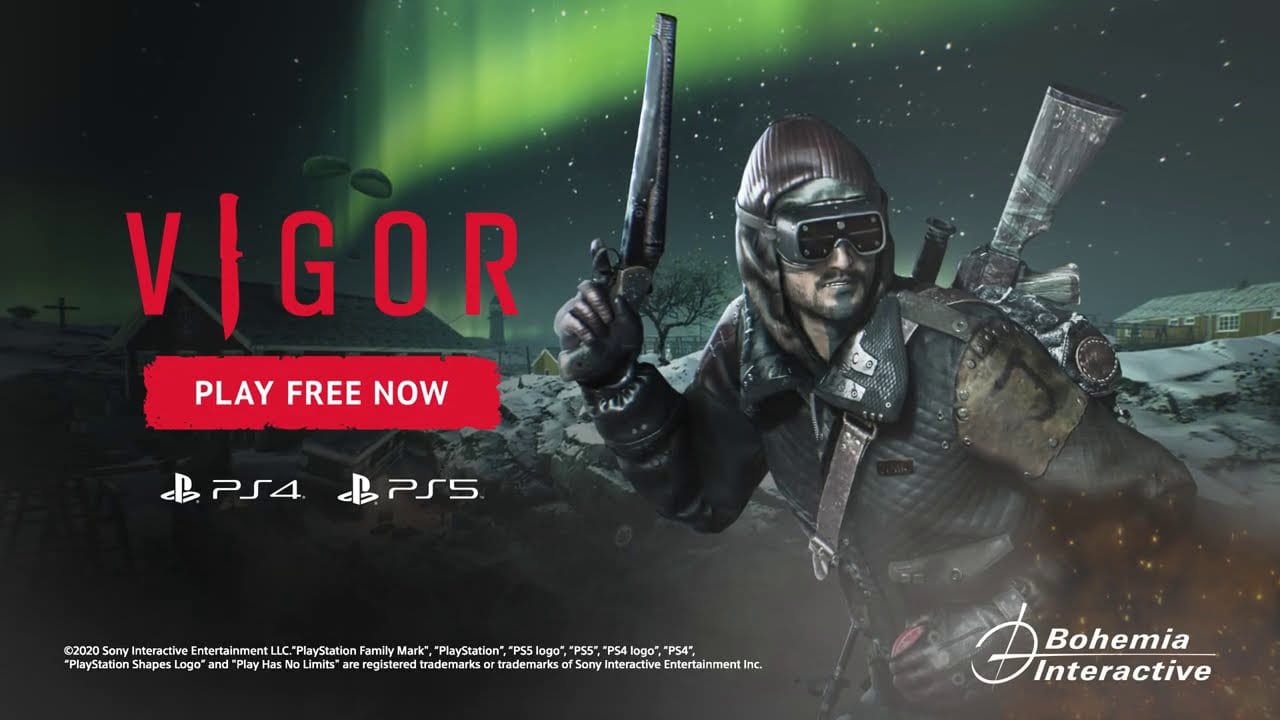 A new release trailer today teases the action on PlayStation, which is available to download from today on the PS Store. Unfortunately, though, there’s no cross-play option for those hoping to team up with friends across different platforms.

For the unvitiated, Vigor is set in a post-apocalyptic vision of future Norway. Players are tasked with building a shelter and surviving the harsh conditions as they battle other players all vying for the map’s limited resources.

Game modes in Vigor include Encounter, Featured Encounter, Shootout, and Elimination, which can be played either solo or cooperatively with a partner.

As is typically amongst today’s online shooters, the game features a battle pass progression system whereby players earn XP for completing challenges within each game mode. The battle pass costs 690 Crowns or around $20.