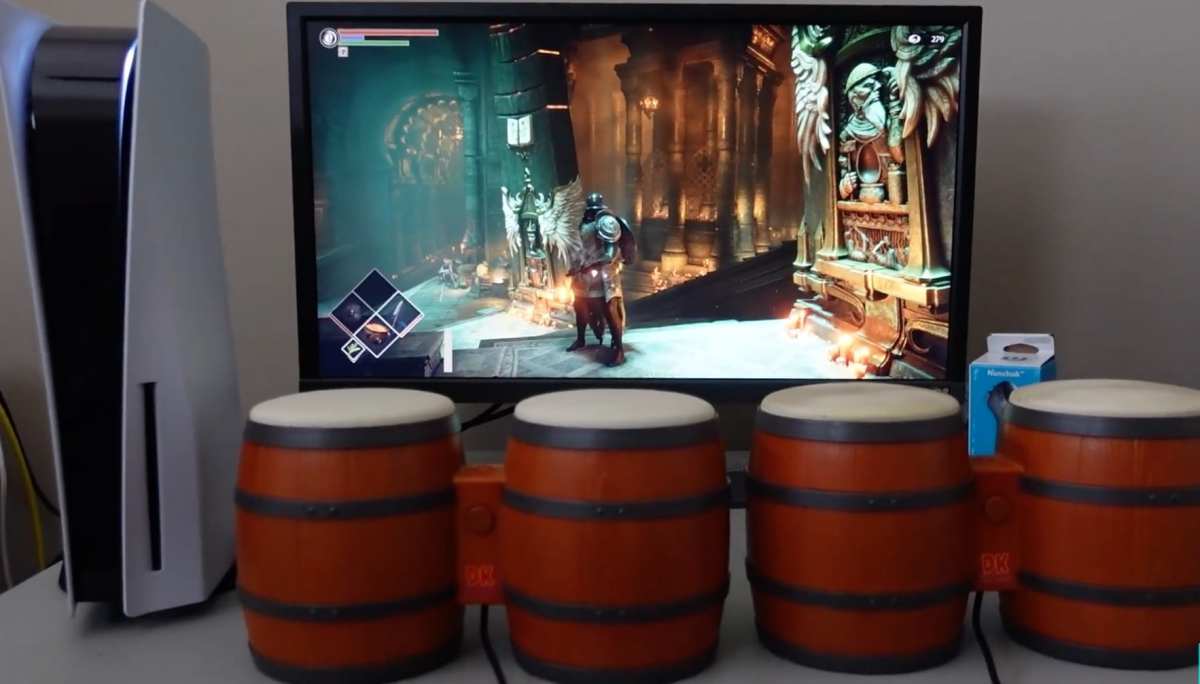 A YouTuber that goes by Super Louis 64, aka the Controller Bender, has beaten Dark Souls by using bananas as a controller, played Super Mario 64 with a Kinect, and has now figured out a way to play the new Demon’s Souls remake with bongos from Donkey Kong Jungle Beat.

After messing around with the PS5 and doing some modding, Louis managed to connect two pairs of bongos to the console. One pair only has five inputs and Demon’s Souls has about 20 different actions tied to buttons on the DualSense controller. He realized that he didn’t need to perform every single action, such as blocking or being able to switch magic/weapons, so he played with only half of the available actions, making it even harder for himself.

Although, he did manage to beat the Vanguard Demon and Tower Knight with the two pairs of DK Bongos, which is very, very impressive. He didn’t get any further than that but there could be a chance that he continues his journey in a future video or Twitch stream.

Demon’s Souls is now available exclusively for the PS5 and is developed by Bluepoint Games, a studio now mostly known for remaking classic video games for a modern audience. The team released a remake of Shadow of the Colossus in 2018 and a remastered Uncharted collection in 2015.