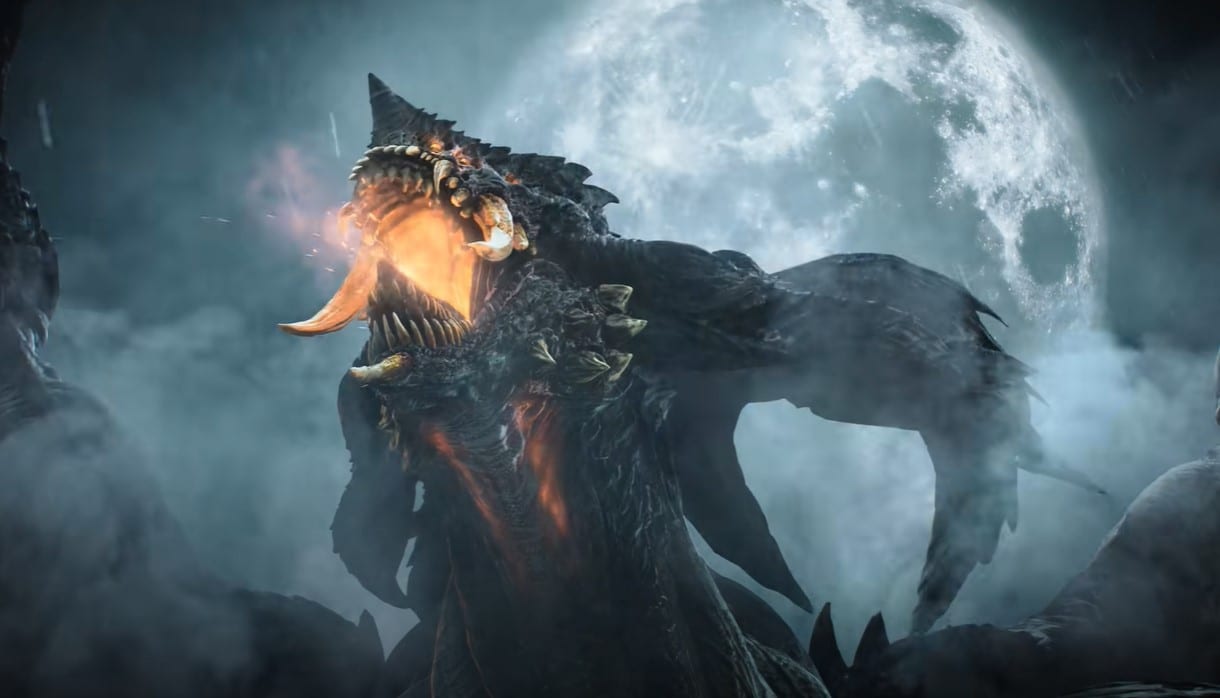 The big and scary dragon that you see at the end of the reveal trailer is finally on your plate and none of your weapons seem to be doing the trick. Here’s some handy information on how to beat the Dragon God boss fight in Demon’s Souls.

How To Beat Dragon God Boss Fight in Demon’s Souls

You probably just beat the Flamelurker in a hard-fought battle that used all of your knowledge about the game up to this point. But don’t give up once you see this intimidating Dragon God in your way. You don’t know it, but you already have everything you need to slay this beast.

That’s because this boss fight is one of the few that demands you play it a certain way. Most other battles have multiple viable strategies, but the Dragon God is a whole different animal. This giant demon can only be taken down once you shoot it with the two ballistae placed to the left and right of this boss.

The first one is to the right of where you enter the fight. Just be careful as you approach since a single hit from this boss will likely kill you. As you move right, you’ll need to hide behind pillars so the Dragon God can’t see you. The Dragon God will roar when right before it strikes, so run away if you hear that beast bellow.

Use any physical weapon to chip away at the rubble blocking your path. But don’t stand there too long or else the big bad Dragon God will hear you and kill you. Hit the rubble once or twice quickly, then hide behind a pillar that obstructs the demon’s view. Once cleared, go right until you find the first ballista.

There will be a blue button you need to press on the side of the giant bow. This will send a massive arrow straight through the Dragon God’s left arm. Now you won’t have to worry about getting punched. But that means fire breath is up next.

If you got caught at the beginning, you could sometimes outrun a punch. This time, the Dragon God will absolutely kill you if it sees you. Head down the steps from the first ballista and employ the same strategy you used for the first part of the battle.

Chip away at the rubble with a strike or two when the boss isn’t looking and hide until the massive demon averts its gaze from your last location. If you manage to make it through without being seen, then you’ll encounter another set of stairs on the far left side.

Go up these steps to find the final ballista. Just like last time, press the big blue button to launch it and render the right arm unusable. At this point, the Dragon God will be in extreme pain and rest its head on a path below the one you just crossed.

All that’s left to do is head down there and hit its chin a few times until the Dragon God is defeated. Any weapon will do the trick here. Just make sure you don’t get killed by its flame breath in this state. It won’t target you, but you can still take fire damage just by getting too close to the Dragon God’s mouth.

Here’s a quick summary on how to beat the Demon God boss fight in Demon’s Souls:

That’s all there is to know about how to beat the Dragon God in Demon’s Souls. If you’re still stuck on the Flamelurker fight, then check out our boss fight guide for some help.