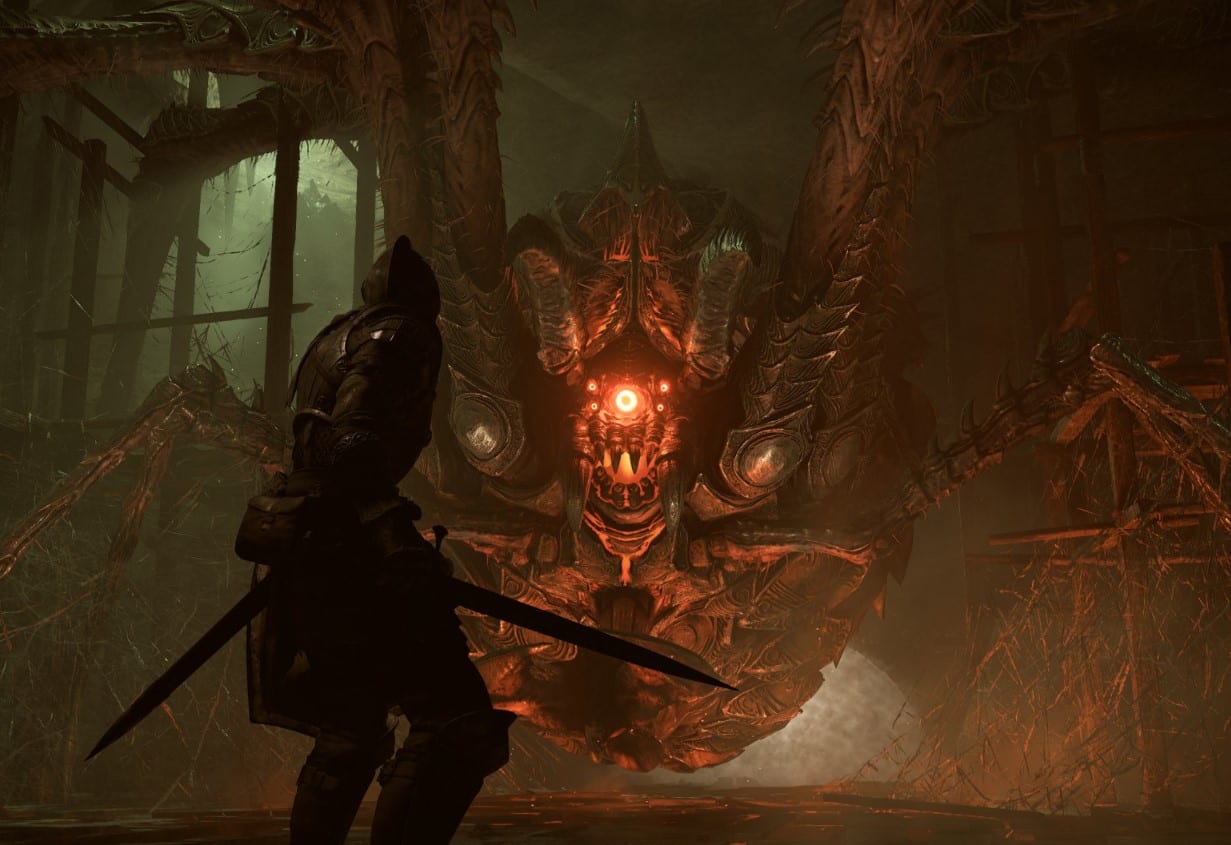 How To Beat Armor Spider Boss Fight in Demon’s Souls

The mines are filled with many docile Scale Miners that won’t attack unless provoked. There are other more aggressive enemies, but nothing that should stop you from reaching the Armor Spider with your body intact. As long as you keep an eye on your health, then you should be just fine.

Once you reach the fog door to this underground menace, you’ll find yourself in a narrow tunnel with the Armor Spider sitting at the end of it. As you approach, the boss will try to launch webs to slow you down, then fireballs to burn you to a crisp.

The fire attacks shouldn’t do too much damage as long as you have proper defenses and especially if you have a Purple Flame Shield or Flame Resistance Ring. It’ll either fire single fireballs or two to three bursts of three fireballs if you stay in the tunnel.

If you want to use physical weapons on the Armor Spider, then it’ll also use an attack where it swipes its two front legs forwards and another one where it slams its body onto the ground. Get out of the way if you want to survive this battle.

The last attack you’ll see is one that will engulf almost the whole tunnel in flames. Run for the tunnel entrance as soon as you see this boss spitting black oily liquid all the way up the tunnel. If you don’t make it back in time, then you’ll be engulfed in flames once this liquid ignites.

Now that you know everything this demon has to offer, now it’s time to focus on dealing damage. Just attack in between the Armor Spider’s attacks so you still have time to block, roll or run. Stay focused and you’ll eventually clear this boss.

If you have a bunch of Firebombs and Pine Resin leftover from the palace, then I have some bad news for you. It’s all essentially useless against this boss. This arachnid resists fire better than Phalanx and Tower Knight.

Enchanting your weapon would be a good idea here since the Armor Spider is weak against magic damage. But any strong weapon will do the trick eventually.

While up close to this boss make sure to always shield its swiping arm attacks and roll out of the way when it’s about to slam on the ground. The last thing you need to remember is just to run back to the entrance when you see it spitting that black liquid so you don’t burn to a crisp.

Be mindful of your HP but don’t panic. If you just keep focused on what the boss can and can’t do, then you can always put yourself in the best situation to get out of a bad spot.

Going for the ranged method opens up the Armor Spider’s attacks a bit more with those fireball and web attacks. But there’s nothing that should kill you if you’re careful.

You’ll want to use a bow or spells for the ranged strategy. Soul Arrow is going to be the best option here since the Armor Spider’s magic defense is laughable. Again, avoid using any fire-based attacks because they won’t do much damage.

Just shield projectiles and attack when you have an opening. Be patient and always remember to sprint away when the tunnel is about to fill up with fire. The Armor Spider battle can be one of the easier fights if you just defend yourself and take your time.

Here’s everything you need to know about how to beat the Armor Spider boss fight in Demon’s Souls:

That’s all there is to know about how to beat the Armor Spider boss fight in Demon’s Souls. If you’re still having trouble with Phalanx or Tower Knight, then don’t forget to check out our guides on their boss fights too.