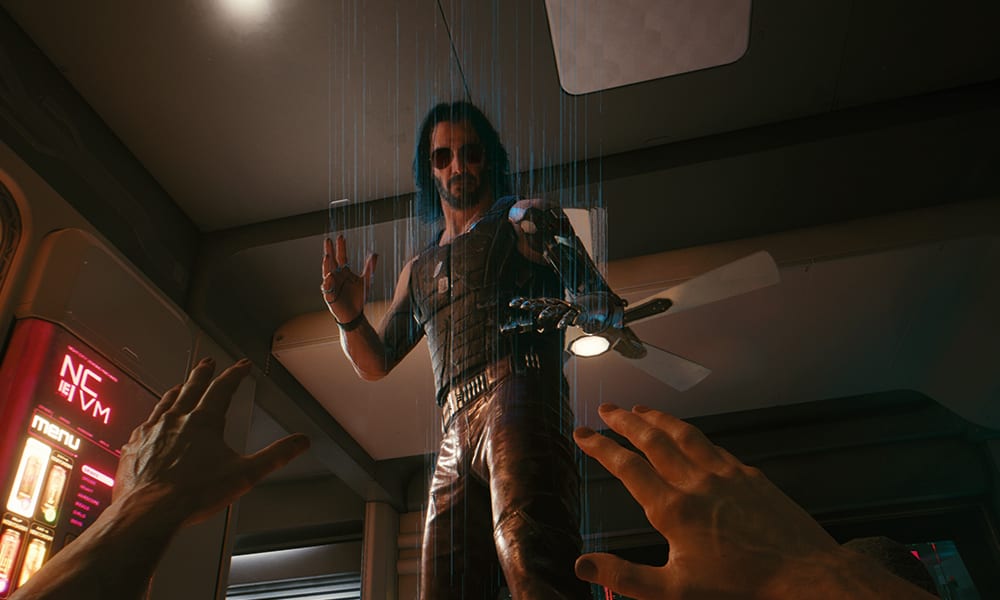 CD Projekt Red’s upcoming first-person open world RPG sees players following V, a mercenary outlaw going after a one-of-a-kind body implant said to be the key to immortality. V’s adventure is set to take upwards of 100 hours to fully complete, and that’s got players wondering exactly what the Cyberpunk 2077 install size is on PS4, Xbox One and PC.

Currently, we know that the exact install size of Cyberpunk 2077 on Xbox One will be 59.49 GB. This is thanks to the ability to preload the game right now, which sees a file of 59.49 GB downloaded.

In addition, we know that the PC version of the game will require at least 70 GB of storage space thanks to the Steam Store listing. What we don’t know is just how much larger the final installation will take up just yet, though we should know more on this in the coming days.

Finally, the PS4 version of the game comes in at a massive 101 GB on PS5. What’s worth pointing out for all three versions is the possibility that day one updates could increase or reduce the total file size for Cyberpunk 2077.

In fact, thanks to some copies that got released into the wild prior to the official launch date of Dec. 10, we already know that the game will have at least one 40GB update.

However, one of the developers was quick to point out that while this is an update, it’s not the update that’ll be in place for launch. The exact size of this day-one update players will need to install before they play remains to be seen.

As soon as we have exact confirmation of Cyberpunk 2077 install sizes on PS4, Xbox One and PC, we’ll update this post.

That’s everything you need to know on the Cyberpunk 2077 download and install size on PC, PS4 and Xbox One. For more tips, tricks and guides on the game, head over to our guide wiki, or check out more of our Cyberpunk 2077 coverage below.

Cyber Shadow: How To Get the Swag Blade & Use It
Hitman 3 Install Size on PS4, PS5, Xbox One, Xbox Series X|S & PC
How to Download Cold War Zombies Free Trial on PS4/5, Xbox & PC