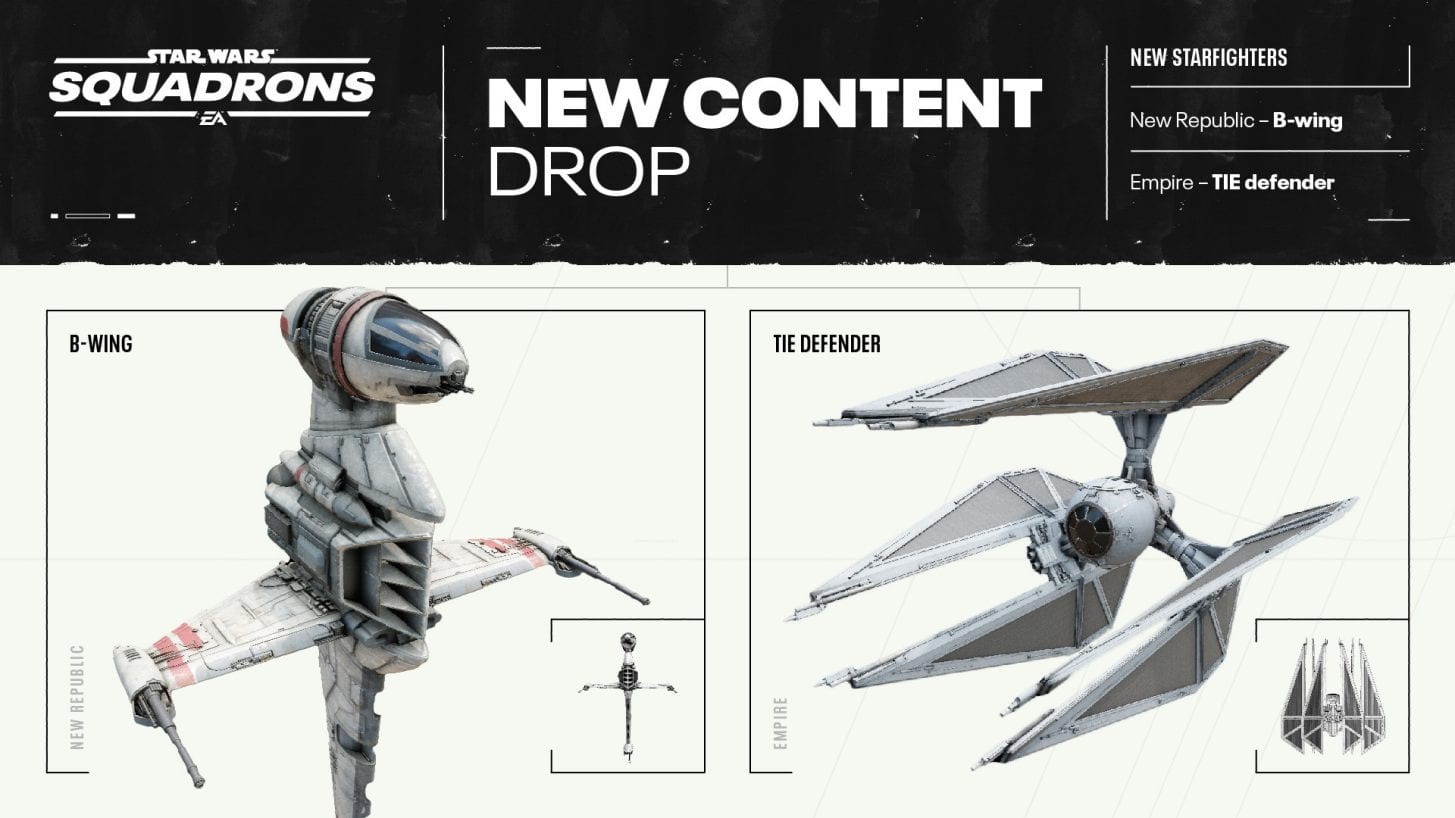 Things will warm up in November with a new multiplayer map from the single-player mode, Fostar Haven. The map will be available both in Fleet Battles and the Dogfight modes.

“Set in a remote, lawless area of space under the light of twin stars, this map has been updated from its story mode counterpart to provide a new experience that should fit well with the other six maps. In the Prologue of Squadrons, which is set at the height of the Galactic Civil War, Fostar Haven was an isolated trading station that welcomed smugglers and pirates. Helix Squadron was sent there to search the cargo docks for Alderaanian refugees.

Now, four years later, the denizens of Fostar Haven have made a few upgrades to their station, trusting neither the Empire nor the New Republic. You’ll have the chance to weave through the crowded dockyards or take the fight to open space.”

On top of the map, there will be new components. Fighters and bombers get a Boost Extension Kit and Prototype Piercing Torpedoes. Interceptors and fighters get Ion Rockets. The U-wing and TIE reaper get an Anti-Material Rocket Turret.

The update coming in December is even hotter with the addition of two new starfighters, the B-Wing and TIE Defender.

Custom Matches are also coming. They will allow one to five players per side across two teams to play on any of the seven maps in both Dogfight and Fleet Battles. Additional rules and restrictions will also be available and they will come with their own server browser.

If you want to learn more about Star Wars Squadrons you can read our review.